Best Picture goof up, too many Trump digs - 5 shockers that happened during Oscars 2017

Oscars 2017 was one of those kind of award ceremonies, where the event itself was more memorable than the movies nominated for the awards. To be honest, I was not in much of awe of the movies nominated at the Oscars this year. I mean I loved La La Land, kinda digged Hacksaw Ridge, but rest of the movies are something that I wouldn't wanna see after that one time. They are well directed, intricately written and brilliantly enacted, but seriously I don't think I would watch Manchester By The Sea or Moonlight again. But then like I said before, the show was made never about the movies, but for the moments that made the event. Also Read - Kangana Ranaut emerges in strong support of Donald Trump; says, 'Islamist nations and Chinese propaganda' have bought Twitter

Terrifically hosted by Jimmy Kimmel, the event was quite predictable affair with most of wins quite easily deduced. However, it had some very shocking goofs, a couple of them could easily lead to heads rolling in the Academy Award committee. You know what I am talking about, so here are five major SHOCKERS that happened during Oscars 2017, starting off with the biggest... Also Read - Wonder Woman 1984 overseas box office: Gal Gadot's superhero movie receives a lukewarm response

They will be talking about this for years and years. The presenters, Warren Beatty and Faye Dunaway, were given the wrong envelope (Best Actress envelope instead of Best Picture), and so they announced La La Land as the Best Picture. Imagine the La La Land's team disappointment, when three speeches in, they realise that they weren't the Best Picture winners - it was Team Moonlight to take. Cue. Sheer awkwardness!

Too many Trump jokes 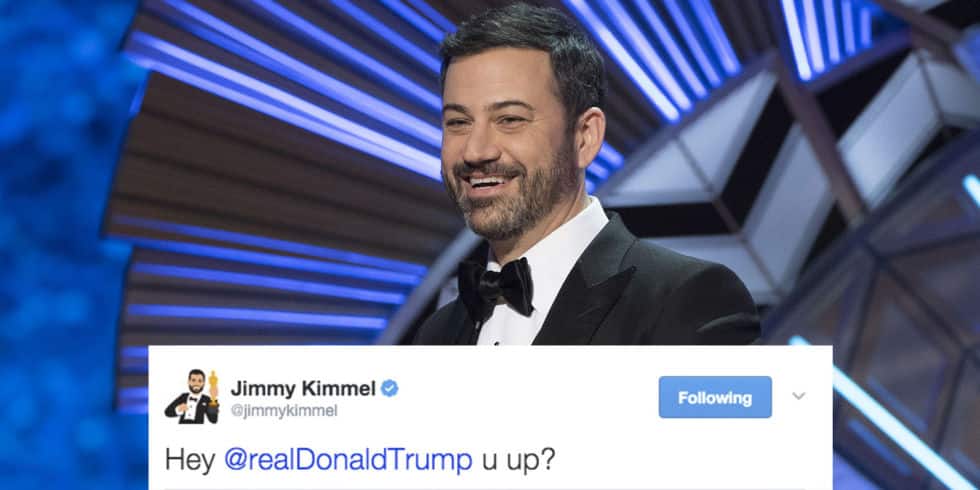 We did expect this, but there were far too many digs at the President of USA, mostly courtesy host Jimmy Kimmel, who even tweeted to Trump, so as to instigate him to respond. Then there were the more serious verbal indirect attacks on Trump, like Best Foreign Picture Winner Asghar Farhadi boycotting the ceremony to protest against Trump's ban on immigrants from certain countries. Later even Gael Garcia Bernal took on Trump's decision to build a wall along the Mexican border in his presentation speech. 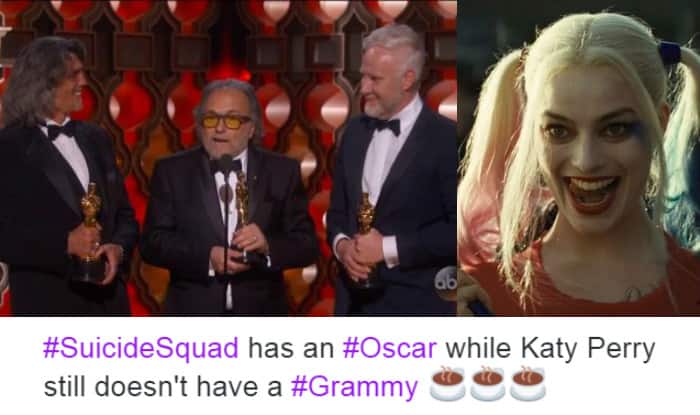 DC fans will use this to rub it on Marvel fans' faces. One of the last year's most derided superhero movies, Suicide Squad, is now an Oscar winner. Albeit it is just a technical award - Best Makeup and Hairstyling, still it is an award that Suicide Squad will proudly display on its future logos. That it defeated the far more deserving Star Trek Beyond makes the pain even more hurtful. 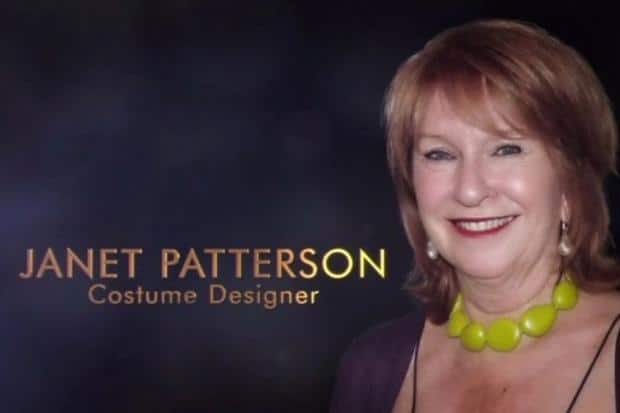 This year's In Memoriam segment, that the Oscars play annually to commemorate the souls who left us behind to their heavenly abode, another major goof happened. Apart from ignoring the late Gary Shandling and Florence Henderson in the tribute, they used a living woman's photo for a deceased celebs. Janet Patterson, an Australian costume designer and four-time Oscar nominee passed away in October 2015. However, instead of her picture, a completely alive Australian film producer, Jan Chapman's pic was used. Like I said before, someone's going to lose their jobs.

On a lighter note, the ongoing 'war' between Jimmy Kimmel and Matt Damon took on some really hilarious turns today. In Oscars 2017, there was a segment where celebs talked about their fave movie, like Javier Bardem talked Bridges of Madison County and Seth Rogen about Back To Te Future. After making some jokes on Damon and his new flop The Great Wall, Jimmy Kimmel used the segment to talk about Damon's less acclaimed film We Bought a Zoo, in a way as if it was a masterpiece. Later when Ben Affleck and Matt Damon came to present an award, the announcer called them as Ben Affleck and a guest. As Matt Damon was about to announce the nominees, the orchestra began to play their warning music too loud, orchestrated by, guess who, Jimmy Kimmel. Can we have Kimmel and Damon host next year's Oscars please?