Salman Khan and Katrina are here to provide some much-needed entertainment with Bharat, as the film is scheduled to hit the screens during Eid

Salman Khan unveiled the trailer of Bharat on social media today and the promo traces an impressive journey of a man, from his stunt days at the circus to serving as an Indian Navy officer and mining in Middle East. Katrina Kaif in her non-glamorous avatar, won our hearts with her impressive dialogue delivery. The more than three-minute-long trailer of Bharat is a journey in itself, giving a glimpse of several supporting actors like Disha Patani, Sunil Grover, Shashank Arora and Jackie Shroff, to name a few. While we are thrilled with the Eid release, here are five scenes from the Bharat trailer which left us wanting for more. Also Read - Happy Birthday, Disha Patani: 5 FACTS about the Malang actress that will blow your mind 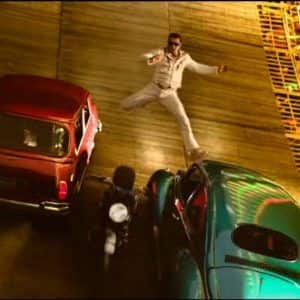 Salman Khan had all our attention as he put up a daredevil act in the ‘well of death’. While there is a lot of VFX and stunt help that may have gone behind creating the scene, it was a happy reminder of the 60s when the ‘maut ka kua’ was considered a thrilling ride. The scene is a part of the time when Salman is working for a circus and is accompanied by a cheering Sunil Grover and a glamorous Disha Patani. The actor makes a shining entry through a ring of fire and his landing on the two vintage cars is quite entertaining. Also Read - Radhe: Disha Patani has THIS to say about Salman Khan’s dancing – deets inside 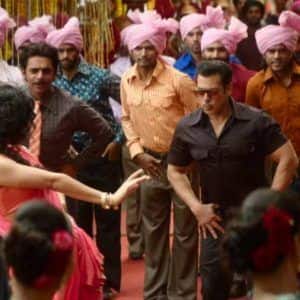 Salman Khan will return as Chulbul Pandey in Dabangg 3 next year, but the actor provides a happy reminder of his cop role in Bharat. We spotted Salman Khan wearing his usual shades, flaunting his abs in a perfectly-fitted shirt, doing the hook step of Dabangg, while Katrina Kaif too shakes a leg in the background. Salman is totally adorable in his signature avatar and we are eager to enjoy the Dabangg feel in Bharat. 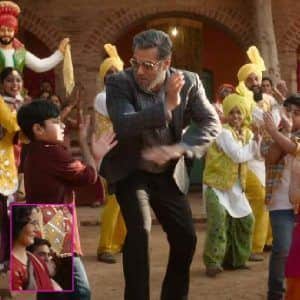 Salman Khan, with a wrinkled face and greying hair, transformed into a 70-year-old for a poster of Bharat. However today, the trailer gave a better insight of Salman’s character, which spells happiness. The actor is seen gleefully dancing with kids and we totally adore his oldie dance movies. But there was a bonus in this scene as we also caught a glimpse of an ageing Katrina Kaif, lovingly looking as her husband. 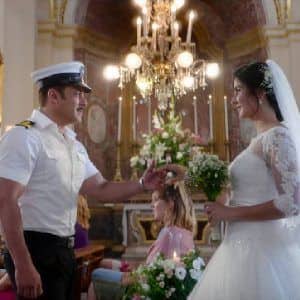 Who doesn’t like uniformed men? Salman Khan makes an impressive entry as a Naval officer and his church wedding scene with Katrina Kaif is all things adorable. Katrina Kaif is a vision in white and we cannot have enough of the two. While Salman Khan fans have been waiting forever for the actor to tie the knot, for now, we will have to suffice with a filmy white wedding. 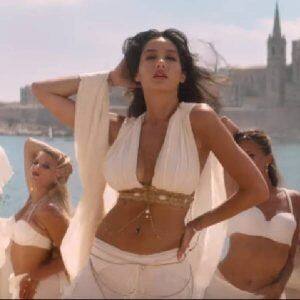 Nora Fatehi is back to doing what she does best! Bharat trailer gave a glimpse of Nora’s effortless dance moves. The ‘Dilbar’ actress is back to spread her charm as a Latina character from Malta. Nora apparently worked on her body language and mannerism to get her character right.

Which was your favourite moment from Bharat trailer? Tweet to us @bollywood_life