Happy days seem to be back for Kapil and team...

It looks like happy days are finally back for The Kapil Sharma Show. This weekend, we will see the entry of Chandan Prabhakar on the show. The promo is out and fans of TKSS are rejoicing on Twitter. Many have even said that they are teary-eyed as friendship has won in the end. The best part is that the two laugh on themselves and the infamous alleged mid-air fight that left The Kapil Sharma Show in disarray. Chandan says he was away in Australia and later teases Kapil that at least he came back while the others didn't. We hope we can see some fun ragging of Kapil by Chandan on the show. 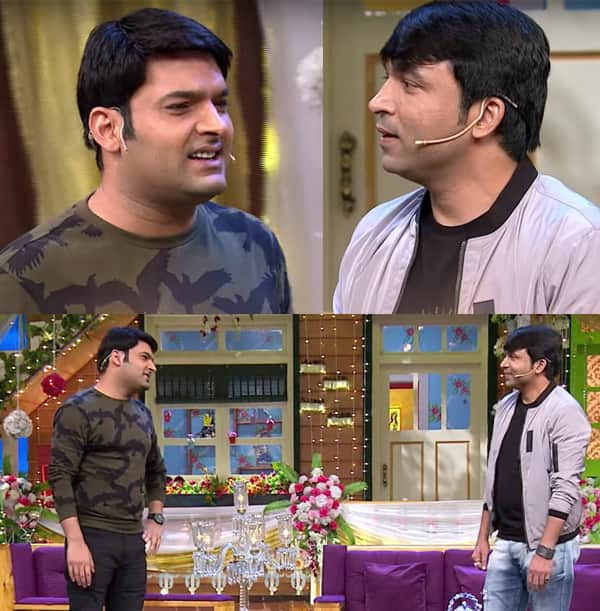 Talking about the guests, noted poet and scholar Kumar Vishwass is coming on the show. He was present on Indian Idol and this is his first appearance on The Kapil Sharma Show. It has been customary for Kapil to call people from varied walks of life on the show. This has also helped him in the TRP race. Some of the best rankings have come with Bollywood superstars and cricketers on board. We can expect the episode to be quite interesting. On the other hand, Bharti Singh shared her first picture from The Kapil Sharma Show. She is looking very pretty in a pink lehenga dress. She tagged it as a new beginning for her. Though Kapil and her association dates back to her college days in Amritsar and The Great Indian Laughter Challenge show, she had not worked on his most successful two projects, Comedy Nights with Kapil and The Kapil Sharma Show.

Earlier, Bharti spoke to Bollywood Life and said, "Kapil was my teacher in college. I learnt a lot from him. He is like family and working with him is a pleasure. I only need good wishes from fans and public." She also said that her entry should not be seen as a replacement for Sunil Grover per se, hailing him as a great actor. Stay tuned to Bollywood Life for more scoop and updates...