Bhavana dazzles in gold at her wedding to Naveen - view INSIDE pics!

Malayalam actress Bhavana is now married to long time fiance, Naveen. The wedding ceremony took place at Thiruvambadi temple, Thrissur at (;30 am this morning. Bhavana bedazzled in gold and looked stunning as the bride. Fans are all over thrilled as Malayalam's favourite actress tied the knot. The two are seen stepping out of the temple. They sure make for a handsome couple. The wedding ceremony will be followed by a get together at the Jawaharlal Nehru Convention Centre with close friends and family. Manju Warrier was also present at the wedding. Later in the evening, the couple will hold a grand reception at the Lulu Convention Centre. Reports suggest not many lead stars are invited to the reception. The actress has chosen to invite a close few. After a stunning appearance as the bride, we can't wait to see her in her reception outfit. Also Read: [Inside Video] Bhavana looks like the brightest ray of sunshine at her Mehendi ceremony! Also Read - Bhajarangi 2 teaser: The action seems to be next level in the Shiva Rajkumar and Bhavana starrer

The wedding preceded a fun filled Mehndi function with her friends who danced to all the peppy Malayalam songs. Bhavana seemed to have had a blast! Several pictures of Bhavana and her girl gang were doing the rounds online. Amidst all the celebrations, Priyanka Chopra sprung a surprise on Bhavana and sent out a congratulatory message. Also Read - Bhavana and Naveen wedding reception: Mammootty, Prithviraj make it a gala affair

The two got engaged last year in March. The new was confirmed by her brother who t0ok to social media to announce their engagement and thank fans for their wishes. The couple first met on the sets of PC Shankar's Romeo in 2012. Ever since they had been dating. They were to get engaged in 2014 but due to prior commitments their engagement got pushed. Check out a few pics from the wedding right here! Also Read - FIRST PIC OUT! Malayalam actress Bhavana gets married to fiancé Naveen 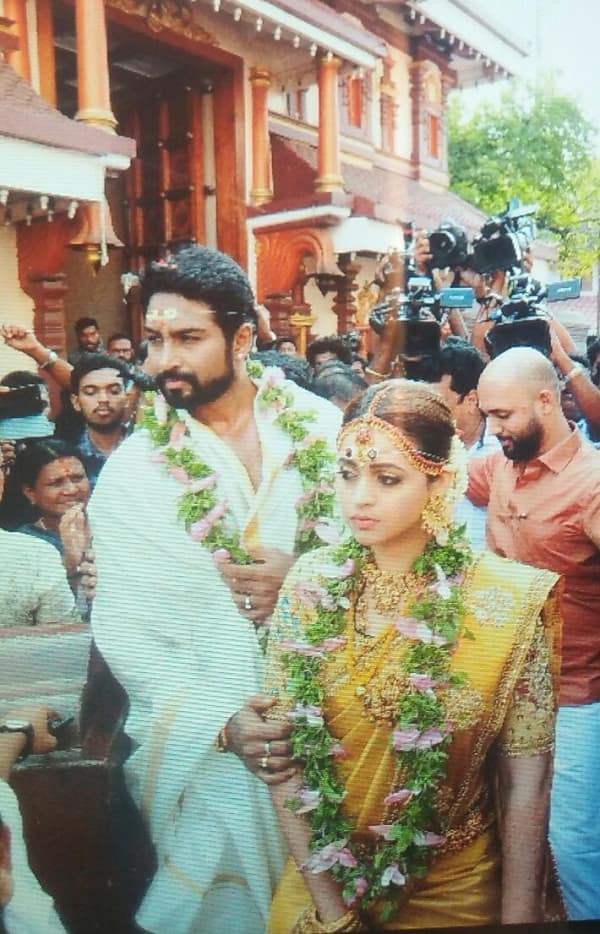 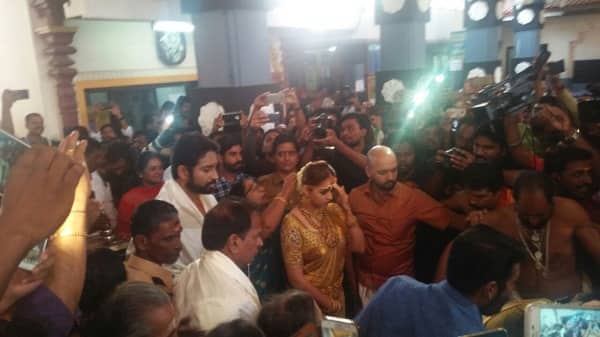 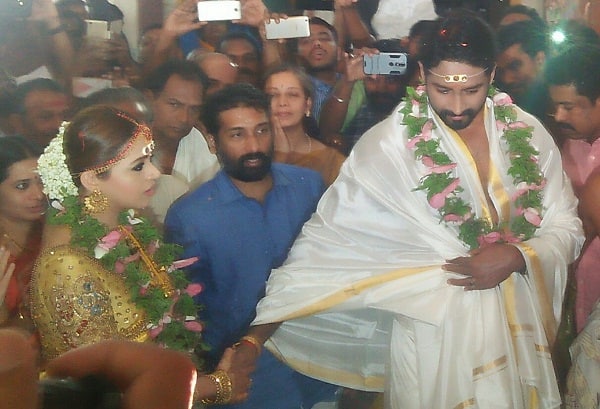