Kangana Ranaut's Dhaakad and Kartik Aaryan's Bhool Bhulaiyaa clashed at the box office, while his film has been winning hearts and had a bumper opening, Kangana's film fails to attract auditees in the theatres. Despite her failure, the Dhaakad actress congratulates Kartik on his film. 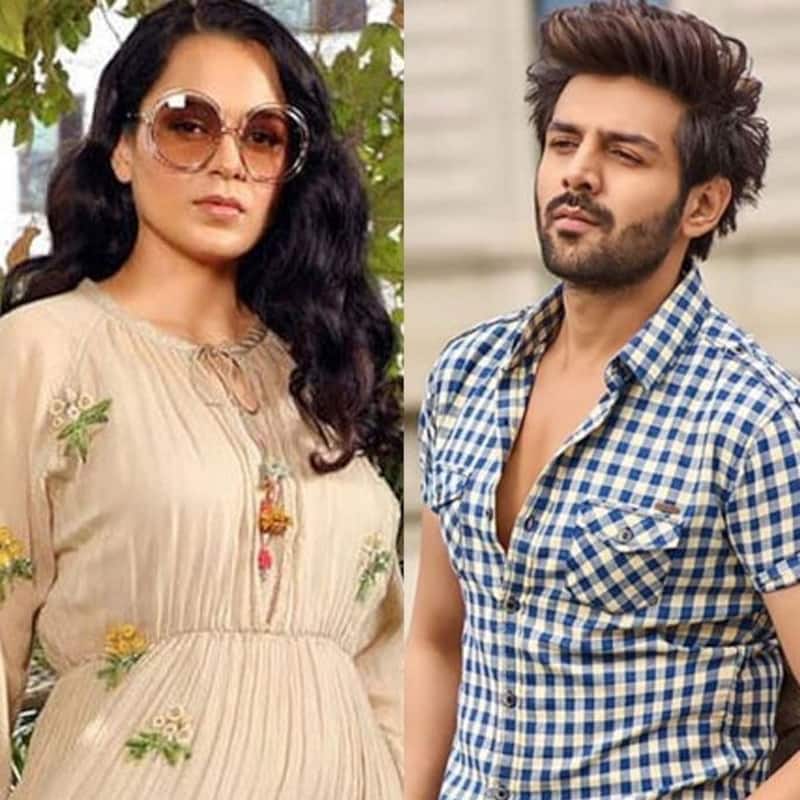 When Kangana Ranaut says that she openly supports other actors' films; she means it. And this is a classic example of it. Kangana Ranaut's Dhaakad and Kartik Aaryan's Bhool Bhulaiyaa 2 clashed at the box office, however, Kartik's film is flying, while Dhaakad is declared a flop as there is hardly any audience for the film. Kangana who is receiving rave reviews for her film Dhaakad performance praised and congratulated Kartik Aaryan for ending the dry spell in Bollywood. Well, there is no denying that it's been a long time since a Bollywood film was highly appreciated at the box office. South films like Pushpa, KGF 2 and RRR were ruling over the Hindi audience, but Kartik's film Bhool Bhulaiyaa has opened with massive numbers and audiences are loving Kartik in this horror-comedy. Also Read - BTS: RM aka Kim Namjoon enjoys a trip to a museum with a fan girl but it's not what you expect

Kangana took to her Instagram stories and congratulated Kartik, she wrote, " Congratulations to Bhool Bhulaiyaa 2 for ending the dry spell at the Hindi box office…congratulations to the entire team of the film.". The Dhaakad actress tagged both Kartik and Kiara in the post. Also Read - Ghum Hai Kisikey Pyaar Meiin's Ayesha Singh stuns in a plunging neckline dress; fans go gaga over her new bold avatar [View Tweets]

In an interaction with Zee Group, Kartik was asked about the clash with Dhaakad and had said, " Jinhone Aaj tak performance par performance diye, unse jab aisi tareef mili toh main bahot khush hua. Unka trailer bhi bahot kamaal ka hai. Dono films ki audience alag hai and I really wish her all the best. Vo bhi bahot achi picture niklegi (I am really grateful to have got this kind of appreciation from someone who’s an incredible performer herself. The trailer of their film is also fantastic. There’s a different audience for both films. I wish her the best and I know even that film would do well)." Also Read - Ranveer Singh receives fancy portrait with 100,000 crystals on his birthday from fan – check out what fans gifted Shah Rukh Khan, Varun Dhawan and more Bollywood stars

Reportedly Kangana's Dhaakad has earned only 50 lakhs on day one will Kartik's Bhool Bhulaiyaa had a bumper opening of rupees 14 crore at the box office.