Sidharth Malhotra attended the special screening of Bhool Bhulaiyaa 2, and after watching the movie, the actor hugged his rumoured girlfriend, Kiara Advani. Watch the video here... 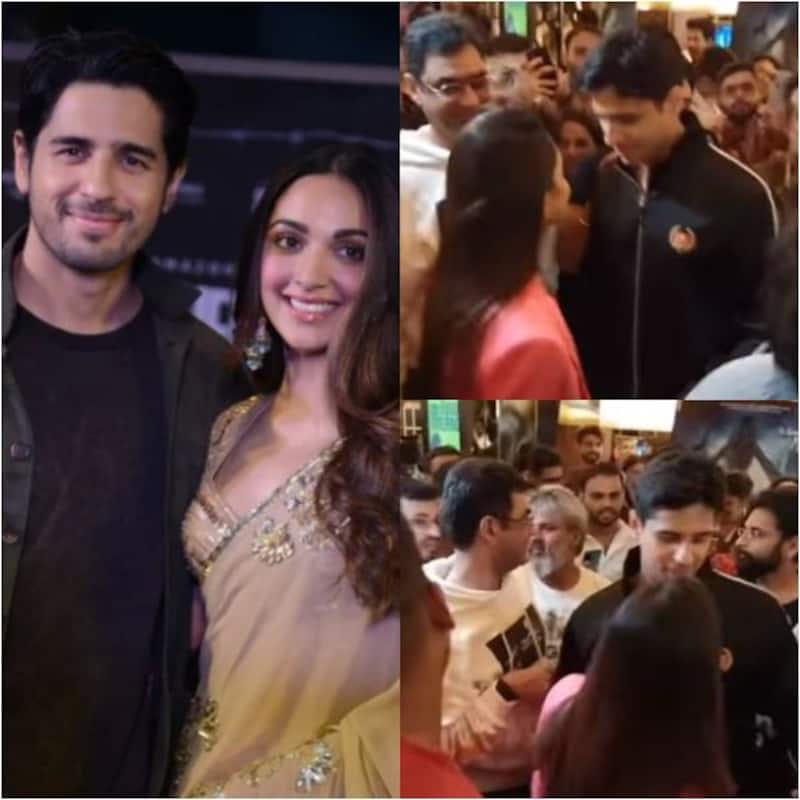 Sidharth Malhotra and Kiara Advani’s relationship rumours started when the two were shooting for their film Shershaah. The movie was released on Amazon Prime Video last year, and their chemistry was the highlight of the film. A few weeks ago, there were reports that the couple has parted ways as they are out of love, but still, they will be good friends. Amid these breakup rumours, Sidharth and Kiara reacted on each other’s Instagram posts, and a few days ago, they even came to Salman Khan’s eid party together. Also Read - Sonakshi Sinha's blonde look gets mixed reactions; netizens call her 'jalpari', 'Game of Thrones in Lokhandwala' and more

Recently, Sidharth attended the special screening of Kiara’s movie Bhool Bhulaiyaa 2, and in a second he is seen hugging Kiara and chatting with her. Well, fans are going gaga over the video and they are happy to see their favourite couple together. Also Read - Kylie Jenner and Travis Scott are already preparing their baby to be an athlete; we wonder what 3 Idiots' Rancho would say [Deets Inside]

A fan commented, “Koi inki shadi karado.. wanna see those piks of uncontrolled PDA” Another fan wrote, “Look at them, how can thess two perfect humans get bored of each other?” One more fan commented, “They are made for each other couple.” Also Read - This is how Prabhas is planning to utilise his money in a big way, and you can take a lesson from the Baahubali star

A few months ago, there were reports that Sidharth and Kiara will be tying the knot soon. However, later reports of their breakup started doing the rounds.

Talking about their movies, Sidharth will be seen in films like Mission Majnu and Yodha. The actor also has Rohit Shetty’s web series Indian Police Force lined up, and he is currently busy shooting for it. Meanwhile, apart from Bhool Bhulaiyaa 2, Kiara will be seen in movies like Jug Jugg Jeeyo, Govinda Naam Mera, and RC15.

Bhool Bhulaiyaa 2 has hit the big screens today, and it is expected that the film will do a good business at the box office. The trailer and the songs have created a good pre-release buzz, and the reviews are also quite positive.