Bhupendra Chaubey defends himself after his SEXIST interview with Sunny Leone goes viral!

He got slammed for asking inappropriate questions to Sunny Leone and so, here's what he has to say about it... 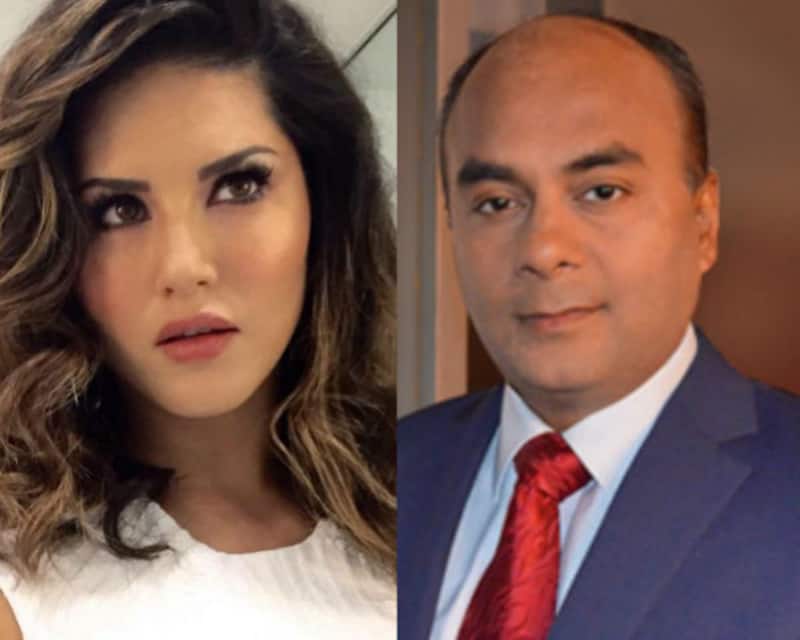 People came down hard on him and this is what he has to say in his defence...

This morning wasn't too good for senior journalist of a news channel Bhupendra Chaubey. His 'explosive' interview with Sunny Leone was perhaps meant to expose certain regrets in the actress' life but the latter's wittiest replies shut him up just right. Immediately, Bollywood took it upon them to shun this journalist for his sexist remarks and prejudiced questions. Everybody called him out for being a misogynistic. Well, it was only time before the man of the moment defended his questions and he did. In his column, Chaubey says that he was just doing his job! Also Read - Bigg Boss 16: Tejasswi Prakash to Hina Khan; a look at bikini babes who raised the mercury levels on Salman Khan's show

Explaining why he chose to refer to her past so often in the interview, Chaubey writes, "Like all my interviews, this time too, I tried to read up as much as I could about her. I found all kinds of things. Some held her high as an example of courage! Like how difficult her life journey must have been. I agree with that, it must have been one helluva journey. But that’s precisely the point. We aren’t really going to the cinemas to watch her because she is a star. And I might just add here that I haven’t seen any of her Bollywood films. Because I have kids at my place, so I cant watch any of her films in her earlier avatar even if I wanted to. Sunny Leone is a newsmaker in her own right because of what was going on in her past, the circumstances she operates in today and the manner in which she deals with criticism which is bound to come her way." None of his questions reflected even an iota of understanding her 'circumstances' as far as we remember. Also Read - From Kriti Sanon wanting to become lesbian for Deepika Padukone to Kareena Kapoor Khan crushing on Leonardo DiCaprio: 5 celebs and their secret desires

Chaubey has more to say. He shared an article that took his case for being prejudiced towards Sunny and tries to justify why he wasn't judging her. He argues, "The article, like many others, assumes that I have been judgmental. I fail to understand how. I simply did the job of asking questions, yes which were perhaps moral in nature. But isn’t that also the story? I did mention this multiple times in course of the interview that Indians were a bunch of hyper hypocritical people. I am not writing this blog to respond to the critics. But I thought its important to place the facts correctly. In the right context." Which part of suggesting she is a threat to husbands of Indian women a moral question? Beats us! Also Read - Before Anjali Arora and Akshara Singh, MMS scandals of THESE Bollywood and South Indian actresses shocked the nation

Chaubey also felt the need to praise Sunny, perhaps to nullify what people are saying about him. He praises saying, "When I asked her to respond to some comments made by politicians about her, I thought she was splendid by jokingly claiming that perhaps President Obama himself may some day include her in his speech. When asked if we were to turn the clock back in time, would she have done anything differently, her response was again spot on." That doesn't quell anything you said before Mr. Chaubey!

But it's the conclusive line in the column that will make you scoff loudly. He accepts, "I simply did the job of asking questions, yes which were perhaps moral in nature," and then he ends his piece saying, "My point is, the moralists in this country can have any take on anyone. I most certainly wasn’t aiming to be a moralist on The Hot Seat." What does that make of your questions which you thought were moral by nature? You need to read your column again!