Vikram will be seen playing the foul-mouthed cop again in Saamy Square which is said to have more action and drama than the first one. 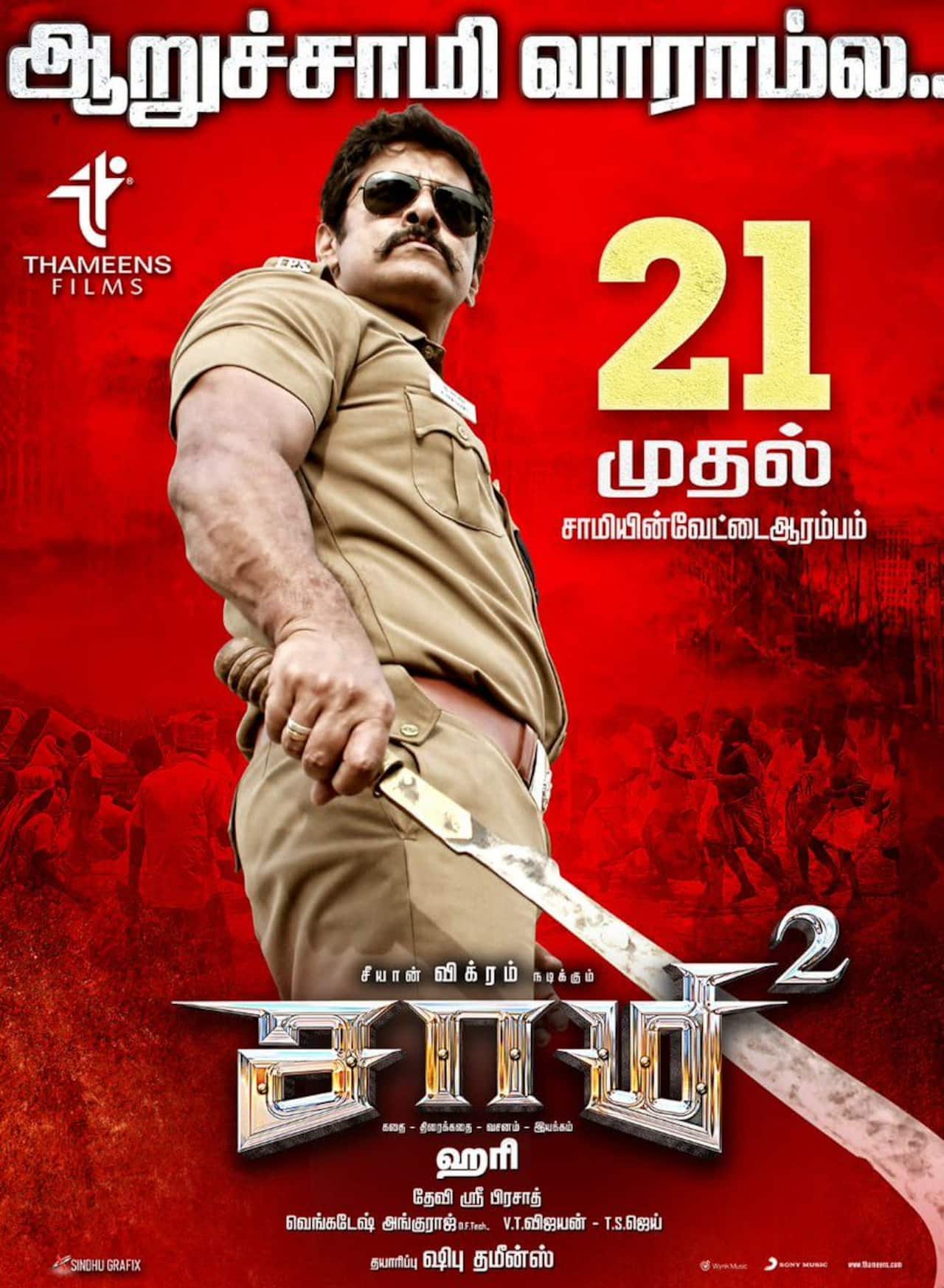 Tamil top star Chiyaan Vikram is gearing up for the sequel of his 2004 release Saamy, titled Saamy Square. The sequel is directed by Hari again and stars Keerthy Suresh as the leading lady. The film is gearing up for release now and much to the joy of fans of the Sethu star, the makers have confirmed the release date. Saamy Square will now be released on September 21st, 2018 worldwide and will most likely be the only big-ticket hitting the screens that week. Vikram will be seen playing the foul-mouthed cop again in Saamy Square which is said to have more action and drama than the first one. Also Read - Dasara Teaser: Nani brings blood bath, liquor and a gory story that reminds some of Pushpa; fans love the rustic cinematography and mass action [View Tweets]

Saamy Square is being produced by Shibu Thameens under the banner Thameens Films and will have music by Devi Sri Prasad. Keerthy Suresh will be pairing up with Vikram for the first time and will be seen playing Vikram’s love interest. In the recently released trailer, the crackling chemistry between Vikram and Keerthy Suresh seems to be the highlight of the film. Also Read - Varisu actor Thalapathy Vijay linked with THIS actress amid divorce rumours

Speaking about the film, Vikram had recently said that he felt it was the right time to do a sequel to Saamy now. "I feel really emotional to talk about the film. I carry a lot of good memories regarding this project. Saamy was a very significant film in my career. It catapulted me as a commercial hero and I should thank Hari for that. Later, we did Arul and I told Hari that we should make a sequel to Saamy only if we find a proper storyline. Although we used to meet regularly, Hari said he couldn't lock a suitable story for the sequel. However, he finalised the script one day. I also felt that it was the right time to do the sequel. It's been a long time since I did a full-on commercial entertainer like this," Vikram said.