Bigg Boss 10: Bani J's alleged boyfriend Yuvraj Thakur feels his birthday is 'nothing' without his lover

Bani's boyfriend posted a rather cryptic message on his birthday

Bani J, who entered the Bigg Boss house this year as a celebrity contestant surprised the world when she admitted that she has a special someone in her life. However, she refused to divulge the full name of her lover, and just revealed his initials - YT. But then we put an end to this mystery and EXCLUSIVELY told you that the name of Bani's boyfriend is Yuvraj Thakur, who is a TV actor, particularly famous for his portrayal of Sammy Shergill in Bade Ache Lagte Hain. (ALSO READ: Bigg Boss 10 contestant Bani J was rumoured to be dating this Bollywood hottie) Also Read - Thala Ajith's Valimai, Rajinikanth's Annatthe and more: Check out the TOP 5 Tamil films fans are eagerly waiting for – view pics

Although both Bani and Yuvraj have refused to talk about their relationship, but there are more than a few hints out there, which prove that the two are very much in love. Yuvraj celebrated his birthday yesterday (November 22). He posted a picture of his birthday cake on Instagram with a rather cryptic message. Here's what it read: Also Read - Four More Shots Please: Kirti Kulhari aka Anj drops a MAJOR HINT on when season 3 could arrive [EXCLUSIVE VIDEO]

Does he mean his birthday was nothing without his lover? Or is he upset with Bani for dropping hints about their secret relationship on national television? We wonder... Also Read - Nia Sharma, Shama Sikander, Kubbra Sait, Divya Agarwal and more actresses who dared to go BOLD on OTT

On the other hand, Bani, who as we all know is inside the Bigg Boss house was missing Yuv (as he is fondly called) on his birthday. She was seen wearing his tweety tee that she carried with her while entering the glass walled house. That is super cute, isn't it? 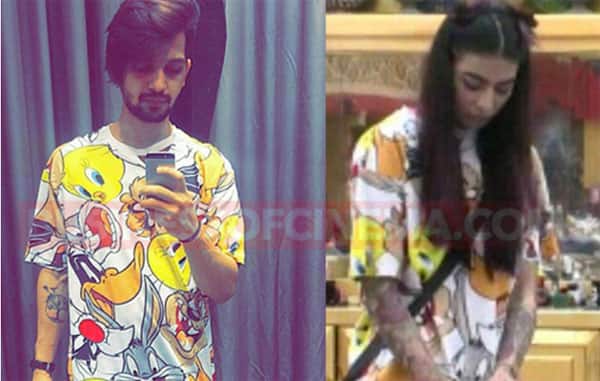 For those of you wondering, how this love story began, then let us tell you that Bani and Yuvraj started off as gym buddies. But then cupid played it’s trick and love blossomed between the two.