First her topless pictures and now her alleged affair, Bani, who is currently locked inside the Bigg Boss house is certainly grabbing headlines in the outside world

Bani J, who is one of the celebrity contestants on Bigg Boss 10 might not be creating enough ripples inside the house yet, but in the outside world, the lady has been grabbing headlines. Last night, we revealed her topless photoshoot she did ages back. And now we have some more dope on this ex-Roadie. Many of you might not know this, but Bani was rumoured to be dating a Bollywood hottie. Wondering, whom are we talking about? Well, it's none other than Shahid Kapoor. Yep, you read that right! Also Read - Thala Ajith's Valimai, Rajinikanth's Annatthe and more: Check out the TOP 5 Tamil films fans are eagerly waiting for – view pics 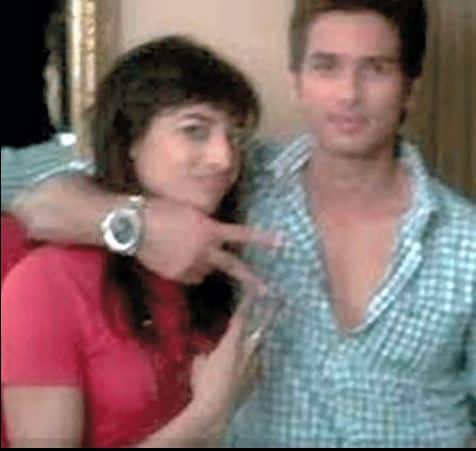 So we know that Shahid was dating Priyanka Chopra and all that jazz, but soon after their break-up, the Haider actor was socializing a lot and it is during this phase, he reportedly got close to Bani. The two used to workout in the same gym, but their bonding was not limited to the gymnasium for they were spotted together having dinner quite a few times. "Shahid was accompanied by a male friend and the very popular VJ - Bani J. Shahid and Bani were having their meal and were seen joking around and having a gala time. Both were there for an hour while having their meal. Bani even emptied a few drinks and all three of them left together," an eyewitness was quoted by a leading tabloid. (ALSO READ: Bigg Boss 10: Here’s why Bani J refused to be on the previous seasons of Salman Khan’s show) Also Read - Nia Sharma, Shama Sikander, Kubbra Sait, Divya Agarwal and more actresses who dared to go BOLD on OTT

Bani even confirmed the news. "I was eating out with Shahid. We go to the same gym, and at times our workout schedules coincide. We just felt a bit hungry that day and decided to have a meal," she told the same tabloid. However, when the reports about the two being an item still didn't die down, it apparently annoyed Shahid, who felt that it were Bani's friends who were spreading these rumours.

Well, clearly with Bani being inside the Bigg Boss house now, her past is coming into the light. First the topless pictures and now this alleged affair.