Bigg Boss 10: This is what Bani J's alleged boyfriend has to say about being in a relationship with her

Bani J, who has kept mum about her love life ever since she entered the Bigg Boss house surprised us when she finally admitted that there is indeed someone special in life. While having a conversation with her best buddy and fellow contestant Gaurav Chopra, she revealed that the surname of her boyfriend starts with the letter T. She chose to keep her secret intact by not revealing his full name, but at the same time, she managed to make her legion of fans and viewers of the show curious. Also Read - Four More Shots Please: Kirti Kulhari aka Anj drops a MAJOR HINT on when season 3 could arrive [EXCLUSIVE VIDEO]

But then we EXCLUSIVELY put an end to this mystery and gave you all the details about Bani's boyfriend, who goes by the name of Yuvraj Thakur. The 28-year-old guy is a TV actor, who shot to fame with Bade Ache Lagte Hain, in which he essayed the role of Samar Vikram Shergill. We got in touch with Yuvraj and asked him to clear the air, but he refused to comment by saying, "i would not like to talk about this matter". Why are we not surprised? (ALSO READ: Bigg Boss 10 contestant Bani J was rumoured to be dating this Bollywood hottie) Also Read - Nia Sharma, Shama Sikander, Kubbra Sait, Divya Agarwal and more actresses who dared to go BOLD on OTT

Anyway, for those of you wondering, how this love story began, then let us tell you that Bani and Yuvraj started off as gym buddies. But then the cupid played it’s trick and love blossomed between the two. In fact, the duo is so much in love that Bani sleeps with Yuvraj’s T-shirt. Awww! Also Read - From Shweta Tiwari to Nia Sharma: 5 TV actresses who make girls jealous of their washboard abs 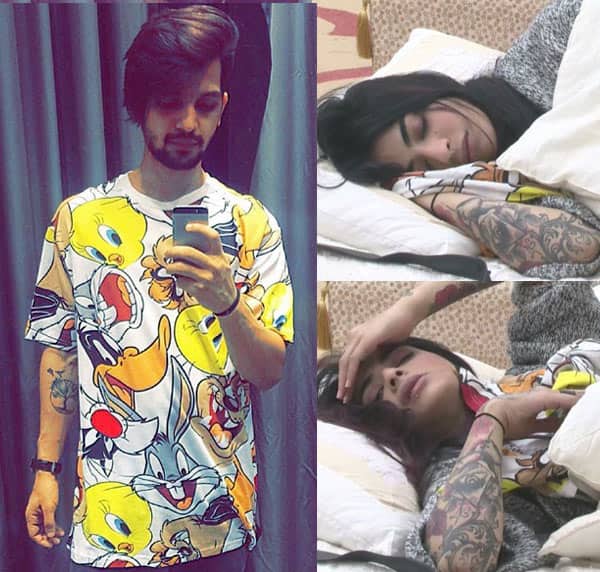 For the uninitiated, Yuvraj started his career playing the role of Arjun Thakur in Humse Hai Liife. He has also acted in the teen drama Best Friends Forever? on Channel V India. He has also worked in the MTV Show Kaisi Yeh Yaariyan as Madhyam Singania aka Maddy.