Bigg Boss 11: Sapna Choudhary and Dhinchak Pooja beat Salman Khan's record and you will be shocked to know at what!

Bigg Boss 11: Sapna Choudhary races ahead of Salman Khan in this area!

On one of the recent episodes of the popular reality show, Bigg Boss 11, Sapna Choudhary came in her element. We last saw Sapna being Sapna on the premiere episode of the show. You see, she is a great and extremely popular dancer who rules the YouTube circuit in Haryana and areas nearby. She dances at public gatherings, videos of which go viral time and again. When she danced with Hina Khan the other night, viewers finally saw the enigma that she is. Remember, on the premiere episode even host Salman Khan could not stop himself from dancing with her. We have never seen Salman being so energetic. Also Read - Trending TV news today: Munmun Dutta reacts to rumours of her quitting Taarak Mehta Ka Ooltah Chashmah, Nikki Tamboli returns to Khatron Ke Khiladi 11 and more

While Sapna, whose videos garner millions of views, was still inside the house, another viral sensation entered the show. Dhinchak Pooja, the cringe-pop queen of India, made her entry as the wild card contestant on Bigg Boss 11. Her videos, too, enjoy a viewership expanding into millions. Now, you must be wondering about what exactly Dhinchak Pooja and Sapna Choudhary beat Salman at? Well, we have already told you the answer. Also Read - Bigg Boss 15 OTT: Former contestants Arshi Khan and Jasleen Matharu REACT to Karan Johar hosting the show

It is the same number of YouTube views that Pooja and Sapna have received that put them ahead of Salman, or at least in the same league as him. The views on songs from Salman's last film Tubelight were ranging from 15 million to 35 million (as of now). Even songs from Bajrangi Bhaijaan fall behind when compared to the dancing-queen inside the house. Sapna Choudhary's most popular dance videos have 65 million views, already. Also Read - Bigg Boss 15: From Disha Vakani to Rhea Chakraborty – these celebs might lock horns in Salman Khan's controversial reality show 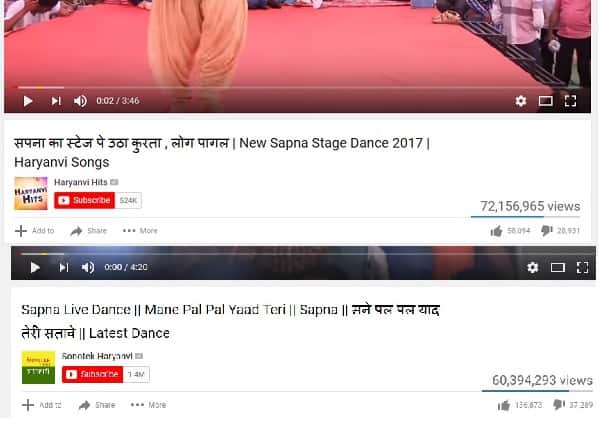 Check out views on Tubelight here: 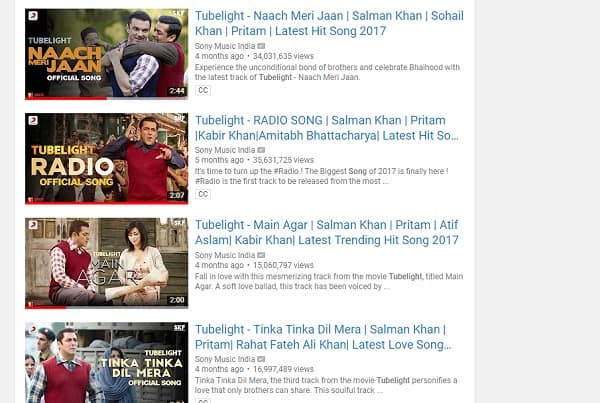 Dhinchak Pooja's YouTube channel has over 60 million views (approx). That is pretty impressive, right? Well, if there is some sort of inflation at play here, Pooja might just have more views than Salman.

BTW, I only have a few thousands of views. C'mon! Increase some?