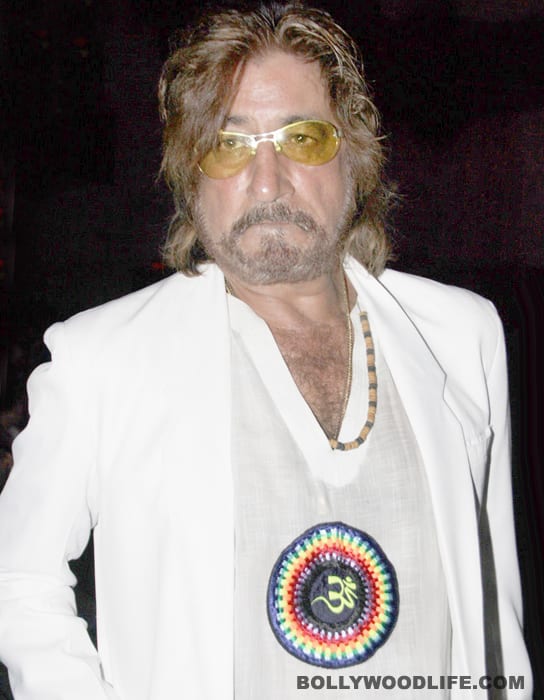 It's official. Shakti Kapoor will be the only male contestant amidst 13 beauties in the Bigg Boss 5 house

While most men are envying the bad man's good luck, we have already started wondering who Shakti will want beside him. Also Read - Ekta Kapoor, Aryan Khan, Salman Khan and more celebs who were caught in legal trouble

She is a hot momma, but she is also the daughter of Kabir Bedi, after all. We are sure Shakti won’t want to cross his contemporary B-towner and get Pooja out of the show. Also Read - Sanjay Dutt to lock horns with Prabhas after Yash and Vijay but it's neither for Salaar nor Project K? [Deets Inside]

She obviously loves soap operas, considering she earned her fame acting in them. Wethinks Shakti loves drama too, considering there is so much of it in his life. Common ground.

She is sexy and a good friend of host Salman Khan. Befriending the host’s friend is a good way to stay on the show.

She is a woman who is brave enough to wear a bikini and get banned by her home country Afghanistan. Which man wouldn’t love to be with someone like her?

Obviously, she loves bad boys. She did marry serial killer Charles Sobhraj after all. And Shakti Kapoor has perfected the bad boy image like no other B-towner. They will be a perfect match

She shot to fame by claiming that her then boyfriend Raja Chaudhary had beaten her. Shakti does well with controversies too, so they should get along well.

This girl loves to dance and we know that Shakti loves to groove too. Remember his moves in the Raja Babu song? Well, Shakti would definitely want to do an item number with Pooja at some point!

She is cute and can be quite the charmer. It wouldn’t be difficult to imagine Shakti enjoying this smart girl’s company!

She has already been dubbed as rude and talkative by Pooja Bedi and Shonali Nagrani. She is a huge gossipmonger too so Shakti would love to keep her in his good books, won’t he?

The Rajasthani folk dancer is the only woman his age! So if all the younger chicks don’t pay him any attention then he could turn to this gaon ki chori who is also a women’s rights activist!

She is six months pregnant and it would be really weird to see Shakti woo her. So let’s hope for his own good that he doesn’t fall for this wrestler.

Shakti could turn to Laxmi and bond with her if all the women start giving him a hard time in the Bigg Boss house.

Shakti has tried his hand at different aspects of filmmaking, but the one thing he hasn't done so far is sing. He could bond with Raageshwari as she teaches him how to showcase those vocal chords.