They came, won our hearts again and left us reeling under its affect! 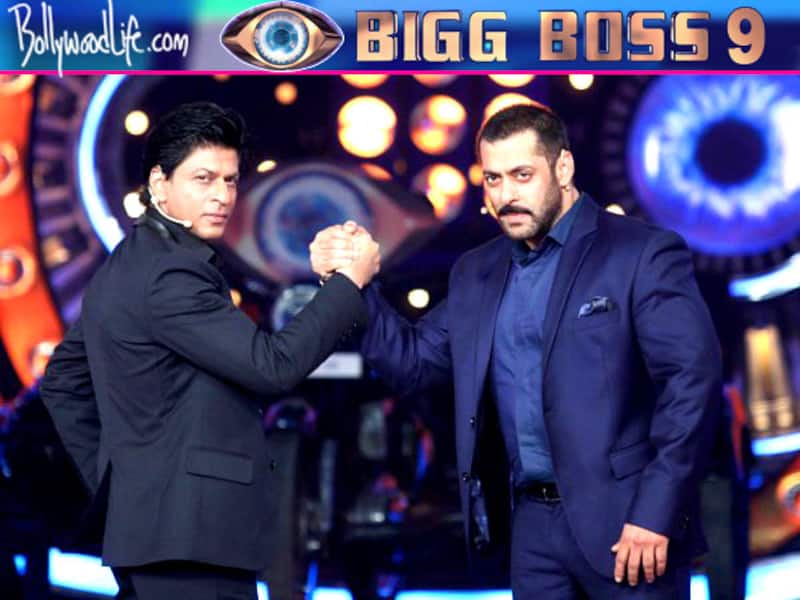 It was bound to bring in more numbers for the channel but there was more to it then just that...

Watching Salman and Shah Rukh Khan in the same frame is a dream we have seen a lot of times. People who have seen the 90s era of Bollywood are the fortunate ones to have seen them both on the big screen in Karan Arjun, Kuch Kuch Hota Hain, Har Dil Jo Pyaar Karega and many more. But post 2000, the possibility of watching them together became scant and then the fateful fight separated the two. Despite the fact that we had made peace with the fact that they may never reconcile, there was a lingering hope 'what if...' And that hope became a reality. They patched up and since then, it's been a joyride for fans. But the ultimate high was when Shah Rukh landed on the sets of Salman Khan's Bigg Boss 9 to promote his film Dilwale. That was EPICNESS and we have a few videos that prove why it was just too brilliant... Also Read - Bigg Boss 15: Tejasswi Prakash receives strong support from THIS ex contestant after being called out for age-shaming Shamita Shetty [Exclusive]

This was the most anticipated episode of the whole season and obviously, the channel won't let it be any less grand. Easily, the opening sequence is the best one. Salman danced on Shah Rukh's songs and vice versa. We are ready to bet on anything that this video will make you smile fondly even if you aren't a fan of both. That's because this might never happen again! Also Read - Bigg Boss: Dipika Kakar, Rimi Sen, Vikas Gupta and more celebs who confessed doing Salman Khan's show for money

Media is the convenient scapegoat for all controversial stories when the celebs need someone to blame it on. But perhaps this would be one instance, that we didn't mind being at the receiving end. Salman and Shah Rukh attempt to clear the air on why they fought and what media showed. Funny!

Let the Khans tell you what actually happened between the 2 of them and how the media portrayed it! #SRKSalmanOnBB9 https://t.co/VD7Nl1ZjFd

When two Khans are together, it will be a crime to forget the third one, Aamir Khan. They talk about it, multiple number of times but this perhaps is the most hilarious one. They say their fight helped Aamir march ahead!

Mimic one and all

Salman and Shah Rukh play a game to mimic a star and the other would guess. It was simply a riot with the stars trying to imitate each other.

.@BeingSalmanKhan plays a fun game with @iamsrk! Watch them imitate some of your favorite celebs! #SRKSalmanOnBB9 https://t.co/0HKqWlAnw1