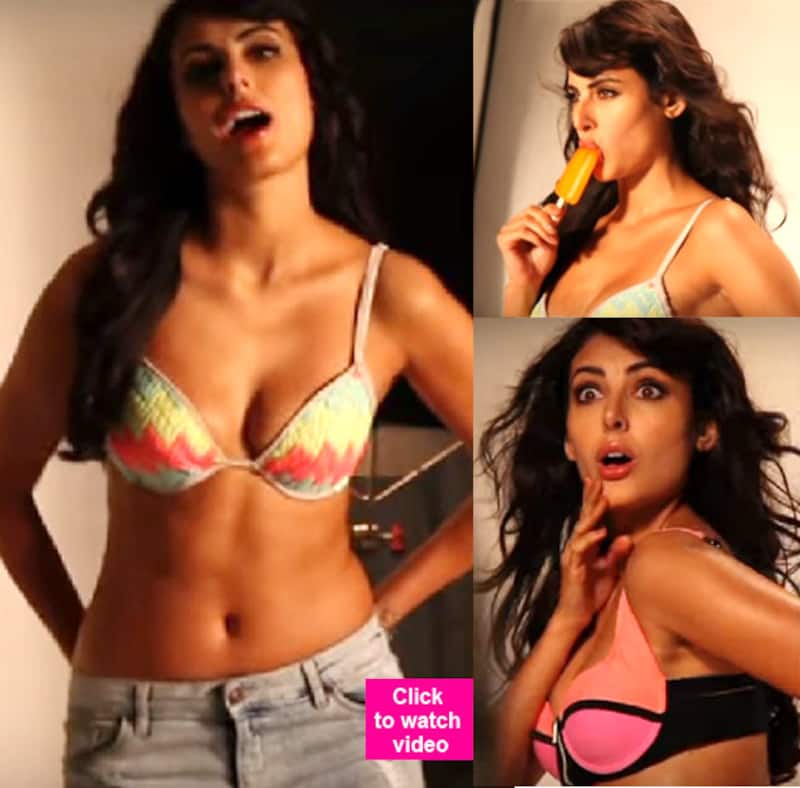 As the new year beckons us, the tussle between two sex comedies intensifies. Also Read - Bigg Boss 16: Tejasswi Prakash to Hina Khan; a look at bikini babes who raised the mercury levels on Salman Khan's show

While Tusshar Kapoor, Aftab Shivdasani and Mandana Karimi's Kyaa Kool Hain Hum 3 releases on January 22, Sunny Leone's raunchy flick Mastizaade along with Tusshar Kapoor and Vir Das will hit the screens on January 29. With the trailer of both the sex comedies out, fans are excited to see which film will make the most at the box office. Also Read - From Kriti Sanon wanting to become lesbian for Deepika Padukone to Kareena Kapoor Khan crushing on Leonardo DiCaprio: 5 celebs and their secret desires

Sporting bikinis and flaunting her hourglass figure, Mandana scorched the screen in the new poster shoot video released by makers of Kyaa Kool Hain Hum 3. Be it posing with a bicycle or melting the ice cream with her hotness quotient, Mandana's oomph will make you sweat this December. Looks like Mandana is all set to compete with Sunny Leone in the battle of oomph and sex appeal!