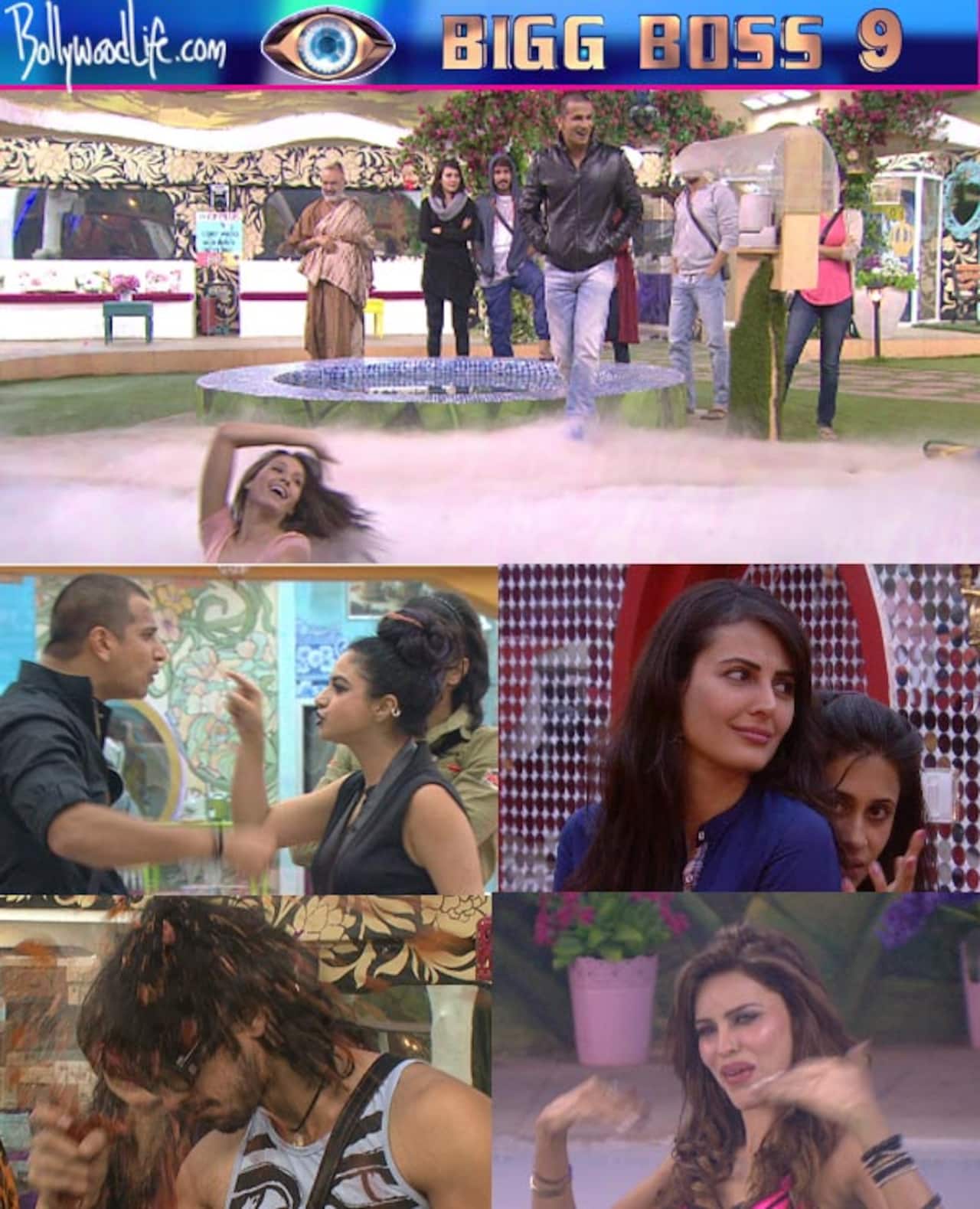 If you missed out on today’s episode, don’t worry as we have all the highlights of the popular show, right here!

Bigg Boss 9 has seen lot of unique tasks and controversies in the past 57 days.With two wildcard contestants’ making their entry today, the show’s oomph factor is going to go up. Here are all the highlights from Salman Khan’s show: Also Read - Bigg Boss 16: Kamya Punjabi REACTS to Nimrit Kaur Ahluwalia's elimination; says she definitely deserved to be in 'top 5'

# Rochelle, Keith, Suyyash, Kishwer and Prince discuss about the wildcards contestants teaming up and creating trouble for the other members and they plan to give Priya and Rishabh a taste of their own medicine. Rishabh fights with Priya for punishing him for a silly mistake but Priya pays no heed to Rishab's request. Also Read - Bigg Boss 16: Nimrit Kaur Ahluwalia calls her eviction disappointing ; says, ‘It’s sad to see people like Shalin Bhanot and Archana Gautam...'

# The war of wild card contestants v/s rest of the house gets nastier as voices are raised and accusations are thrown at each other. Everyone feels that Priya is a spineless captain and does not deserve to hold the position. Priya is hurt by everyone's comments and cries to Rishabh about being misunderstood for her decisions. Also Read - Bigg Boss 16: Priyanka Chahar Choudhary, the 'favourite', to bring home trophy? 'Channel bias' comments giving makers sleepless nights? [Exclusive]

# Kishwer notices a ghost-like reflection in the bathroom mirror and gets scared. She calls out for Mandana and Rochelle get them to the same place where she saw the ghost but is unable to spot it again.

# Next morning, the housemates wake up to ‘1, 2, 3, 4 get on the dance floor’ and enjoy the catchy number. Priya and Mandana talk about people making fake friends inside the house.

# While having an argument over breaking rules, the contestants realise that Prince and Rishabh have broken maximum rules but did not accept the punishment given by the captain. Priya further makes a rule that the housemates will have to submit their personal belongings if they break any more rules.

# Bigg Boss announces a twist in the nominations procedure where the contestants will be required to break a glass bottle on the head of the person they wish to nominate. Priya has the power to directly nominate one person for eviction.

# Priya notices the same ghost- like reflection which Kishwer had witnessed earlier and freaks out. She narrates the entire story to the housemates and they come to a consensus that there might be a presence of ghost inside the house.

# The two new wild card contestants Norah and Giselle make an entry appearing like mermaids through the pool sizzling and dancing on the song ‘Manohri’. Rishabh and Prince are left awestruck looking at the two beautiful ladies.

# Giselle’s arrival also creates a lot conflicts as Rochelle talks about her having a weird personality and warns the rest of the housemates to be prepared for the worst. Prince and Giselle bond while she bad mouths Rochelle and convinces Prince that he’s being used by her.

Looks like the instant rivalry between Rochelle and Giselle will intensify the game and create loads of drama in the Bigg Boss house!