The Bollywood couple has been hiding their relationship for long, but this hot gym session busts open their bluff

Popular TV star Karan Singh Grover tried his hand in films with Bipasha Basu starrer horror flick Alone. Even though the film bombed, it was rumoured that there was something fishy cooking between the two. Also Read - Nayattu, Super Me, Alone and more titles to binge-watch on Netflix, Amazon Prime Video and other OTT platforms

Soon, Karan Singh Grover aka KSG split with his wife Jennifer Winget, and was spotted in public with Bipasha way too often. Since then the rumour mills have been claiming that the two actors are an item. They were even rumoured to have been on a secret vacation together. But in the past, both Bipasha and KSG had rubbished these rumours, stating that they are "Just Friends". Also Read - Throwback Thursday: When birthday girl Bipasha Basu had said, 'My duskiness is attributed to my sex appeal'

But the latest video of Bipasha and KSG, indulging in a steamy workout session, suggests otherwise. Celebrity trainer and owner of Bodyholics gym chain, Abbas Ali had posted a video of Bips and KSG doing pulls up together. In the video, one could see how intimate the two stars where together as Bips had even wrapped her legs around KSG. But Abbas Ali soon deleted the video from his instagram account. He had tweeted," fitCOUPLE! @bipsluvurself @Iamksgofficial #WorldPullupDAY #fitTEAM #LikeMinded #ShapingFITNESS...” Also Read - Karan Singh Grover and Bipasha Basu's anniversary post for each other is major #CoupleGoals 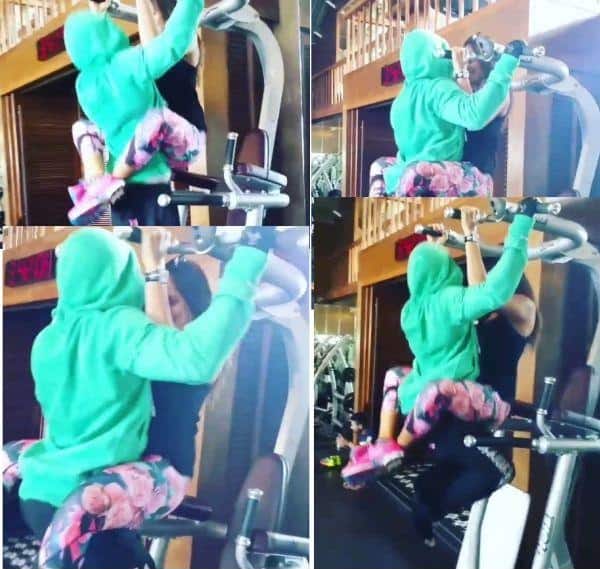 We got out hands on some pics of the Alone couple sweating it out together at the gym. While one can spot Bipasha clearly in the pic, KSG can be identified from his green hoodie. Now that the couple's relationship lies have been busted in public, will Bips and KSG come out in the open and accept that they are dating? They certainly should!