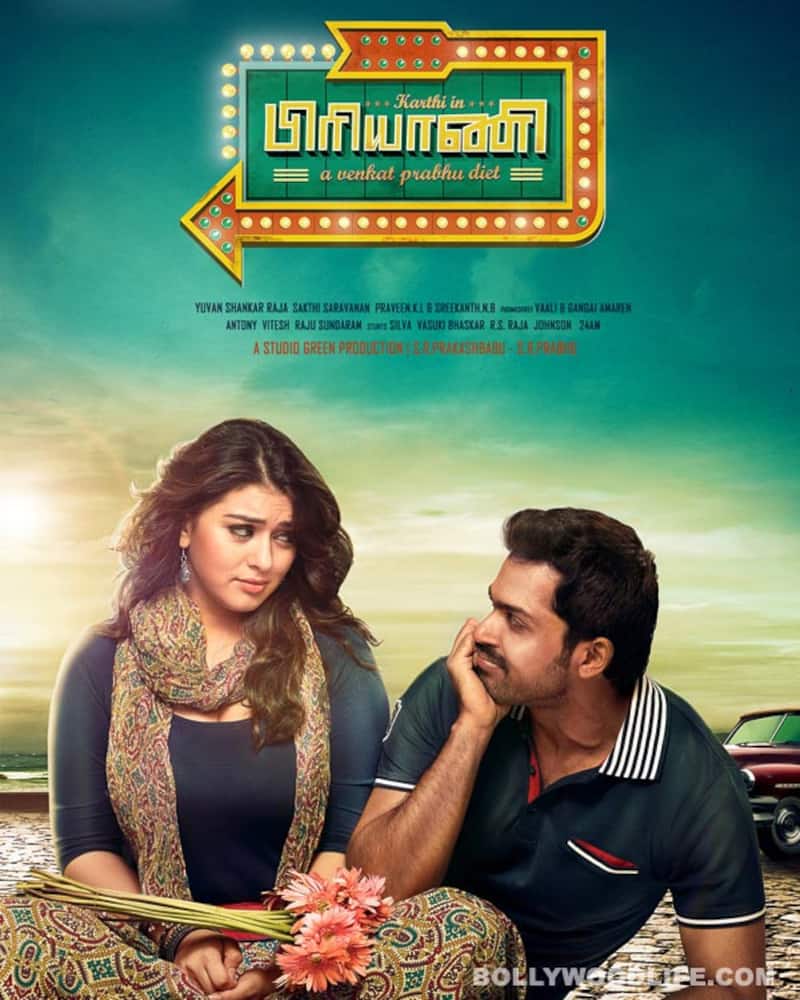 The Tamil film has hit the theatres and here’s the review. Read and decide if you wanna watch it or not

A sumptuous Biriyani may not always be filling because at times it's too starchy to be digested. This is applicable to Venkat Prabhu's Biriyani, which despite being fairly satisfying is not excellent because it gets too starchy due to unwanted ingredients. While the use of situational comedy works to some extent but what we see in some scenes is not humorous but downright awful and the double entendres directed at women are uncalled for. Also Read - Trending South News Today: Allu Arjun is a fan of Ranbir Kapoor- Katrina Kaif's THIS romantic song; Hansika Motwani has the best bachelorette party and more

I liked the previous works of the director because they didn't make you cringe with the humour, but you squirm in your seat as Karthi and Premgi rate women using a 'chick meter' and refer to them to some kind of objects in this film. Also Read - Hansika Motwani to Alia Bhatt: Celeb brides that left us speechless in their pre wedding festivities

When best friends Sugan (Karthi) and Parasuram (Premgi) venture out in the middle of the night for a plate of Biriyani, they set in motion events that make their lives go topsy-turvy. How a night of some fun and debauchery lands the duo in trouble? This forms the story of the film in crux. Also Read - Hansika Motwani to Anjali Arora: Actresses who hit headlines for alleged MMS Leak scandal

I know it's strikingly similar to Hangover, but except for the waking up in the morning with a hangover, this film is different in many ways and that's a relief. There are quite a few funny moments in the film that make you laugh shamelessly but the inclusion of comedy in the most serious scenes force you to not take the film seriously and that's not how it's supposed to be.

One scene that immediately comes to mind is when the hero's friends help him find his missing sister. As everybody is delegated some tasks involving a little bit of danger and action, one guy asks: "Don't I have an action scene". It may be irreverently funny but it kills the mood of that particular scene.

If you have been following the work of Venkat Prabhu, you know this film is very quintessential. This one too has far too many twists with a battalion of characters that you could literally forget as you walk out.

Too many twists make the film unnecessarily complicated and leave you disappointed. What makes it even more disappointing is the inclusion of characters that merely have a few minutes of screen presence. Venkat brings back his all-boys team from his films "Chennai 600028" and "Mankatha" for a special song, which only extended the already lengthy running time but didn't serve any purpose.

Karthi and Premgi deliver some laughs together but there is nothing new in the comedy, which has been tested-and-tried in several recent Tamil films. While Karthi as a suave playboy carries his role aptly with a dash of panache, his wing man Premgi is partly funny and occasionally irksome. Hansika and Mandy have no scope for performance and are purposefully used to provide some romance and oomph.

Mystery in films should be invisible to audience even in plain sight and when revealed, should take them by surprise. In Biriyani, it's the exact opposite and that turned out to be less convincing. Venkat has an obsession for portraying cops in negative roles. He has done with Saroja and Mankatha, and he does it again in Biriyani. It doesn't quite surprise me anymore as I knew it coming.