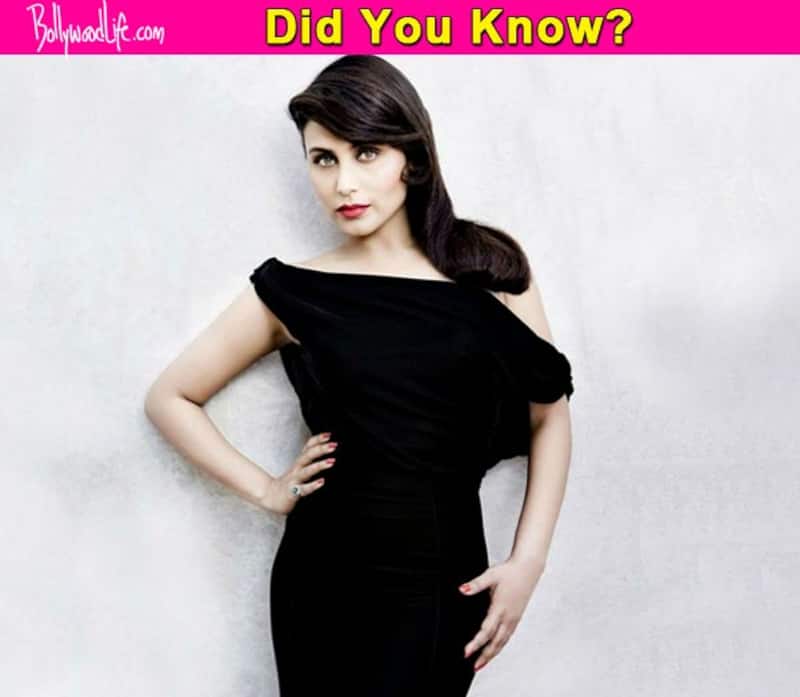 As the Bong beauty turns 37 today, we tell you a few interesting things about the actress we bet you didn't know before

Born on March 21, 1978, Rani Mukerji came into limelight for her sexy voice in her Bollywood debut film Raja Ki Aayegi Baarat. Cousin to Kajol, Rani made her mark in B-town with films like Kuch Kuch Hota Hai, Chalte Chalte, Saathiya, Black to name a few. Last year, this Bong beauty was in the news for her marriage with Yash Raj Films head honcho Aditya Chopra. And she made everyone to situp and take notice with her kickass avatar in Mardaani. Known for her experimental roles that make her different from stereotype Bollywood heroines, Rani Mukerji will blow 36 candles on her birthday cake today. Also Read - Anurag Kashyap takes a dig at Jayeshbhai Jordaar, Samrat Prithviraj and Shamshera failure: 'Aditya Chopra sits in a cave and dictates filmmakers'

Before making her debut in Hindi cinema with Raja Ki Aayegi Baarat, Rani dabbled with acting by playing a supporting role in her father's Bengali language film Biyer Phool in 1996. Also Read - Aamir Khan’s son Junaid was REJECTED by Aditya Chopra to play Laal Singh Chadha? Here's how papa Khan stepped in to play the lead

In 1994, director Salim Khan approached Rani to play the lead female role in his film, Aa Gale Lag Jaa. But her father disapproved of a full-time career in films as she was just 16 years old back then. Eventually, she had to turn down the offer due to her father's insistence.

Everyone known that Rani played Tina in Karan Johar's Kuch Kuch Hota Hai. But did you know that she was not KJo's first choice to play the role. The role of Tina was first offered to Twinkle Khanna, but later went to Rani's doorsteps, leading to a long lasting friendship between the filmmaker and the birthday gal.

It is a well known fact how Rani's voice was dubbed unevenly in Aamir Khan's Ghulam. But did you know that even Karan Johar contemplated to dub Rani's voice in Kuch Kuch Hota Hai by hiring a dubbing artist, but she improved her diction and eventually dubbed for her own lines.

Even though she did not feature in a Hollywood flick, she was assoicated with some international documentaries like Gambling, Gods and LSD and Bollywood im Alpenrausch.

We wish the powerhouse of talent a very happy birthday and hope she continues to surprise us with her choice of films.