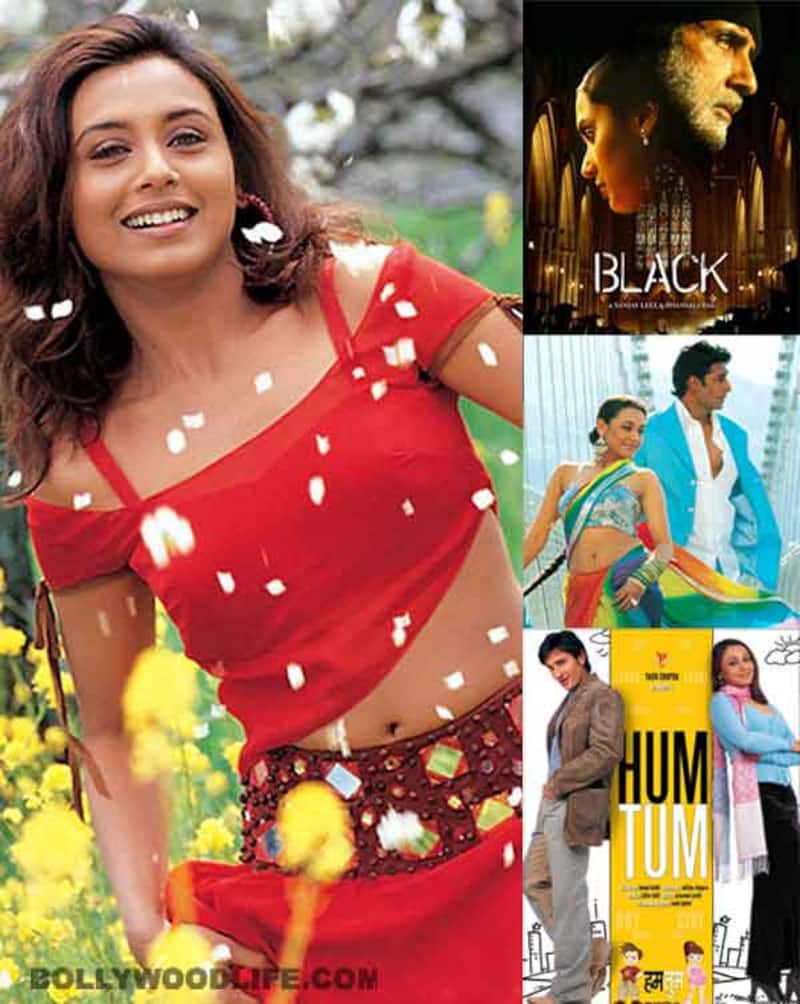 The honey-eyed actor turned 36 today and on her special day, let’s take a look at her five best films

Rani Mukerji will blow 36 candles on her birthday cake today. We’ve said enough about her birthday bash and Aditya Chopra and all that. And while Rani hasn’t done a memorable role for quite some time now, this actor has delivered some really amazing movies that are etched on our hearts forever.

So on her birthday, we decided to walk down the memory lane to look at Rani Mukerji’s five best films. We’ve listed them below, take a look and tell us if you agree with us. Also Read - Ponniyin Selvan star Aishwarya Rai Bachchan rejected these films that then went to Priyanka Chopra, Karisma Kapoor and more

Saathiya (2002): Rani played the role of a middle-class girl Suhani in Saathiya, opposite Vivek Oberoi. The duo fall madly in love with each other and get secretly married too. The plot of the film could be that of a typical Indian love story, but Rani and Vivek’s performance and chemistry in the film was too good to be true. Even today when I watch this film, there are some scenes which bring tears to my eyes. Sometimes khushi ke aansoo too! Saathiya had won 6 Filmfare awards and several other trophies at other award functions. Also Read - Salman Khan-Malaika Arora to Saif Ali Khan-Karisma Kapoor: B-town actors who romanced their sister-in-law in films

Hum Tum (2004): In Hum Tum, Rani was paired opposite Saif Ali Khan. In this film, we get to see the Bong beauty in various avatars, from an eager bride to a disheartened widow. Her acting is praiseworthy as always and it was also called ‘flawless’ by critics. Hum Tum was the seventh highest grossing film of that year. Also Read - Bollywood Stars Weekly Horoscope from September 12 to September 18: Here's what's in store for Ranbir Kapoor, Nayanthara and you as per astrological predictions

Black (2005): In Sanjay Leela Bhansali’s Black, Rani proved her acting prowess yet again. In the film, she played a blind and deaf girl and it showed the problems faced by people who are born blind and deaf. This film won several awards, which also included two National awards! Rani and Amitabh Bachchan had delivered a mind-boggling film with Black.

Bunty Aur Babli (2005): Rani Mukerji was cast opposite Abhishek Bachchan in Bunty Aur Babli. The plot of the film revolves around two lovable crooks, who are being chased by Amitabh Bachchan, who plays a cop. It was a fun-filled film which attained critical and commercial success. Rani’s patiala salwar-kurtas designed by Aki Narula had set a new trend among the masses when the film released.

In the recent past, Rani hasn’t delivered such films. But well, everyone has downs in life. Considering the versatility of roles that she has done, we hope Rani Mukerji does some more like these, again. Here’s wishing the beautiful actor a very happy birthday. Send in your wishes too, BollywoodLifers!