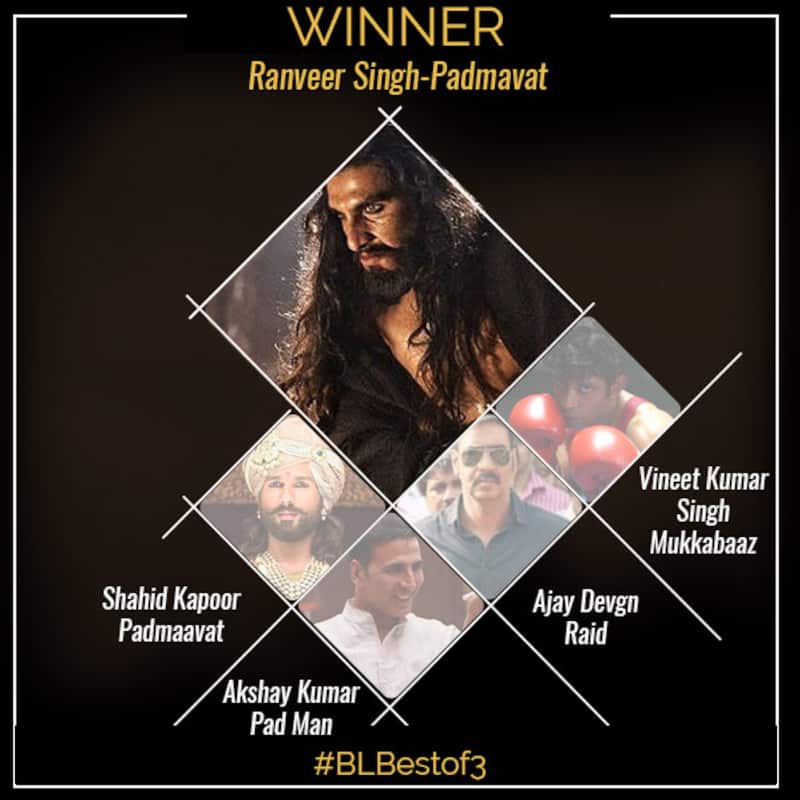 In the first quarter of 2018, we witnessed quite a few impressive acts that won our hearts and the films earned record-breaking collections at the box office. To know, which actor's performance made us go wow, we conducted a poll, and we are not at all surprised with the results. The audience must have had a tough time choosing the best actors as the it was a tough competition with names like Ajay Devgn and Akshay Kumar in the nominations list. But it seems our readers were very clear about the winner and it reflected in the poll results. Also Read - Singham 3: Rohit Shetty confirms Deepika Padukone to headline the third installment as a lady cop 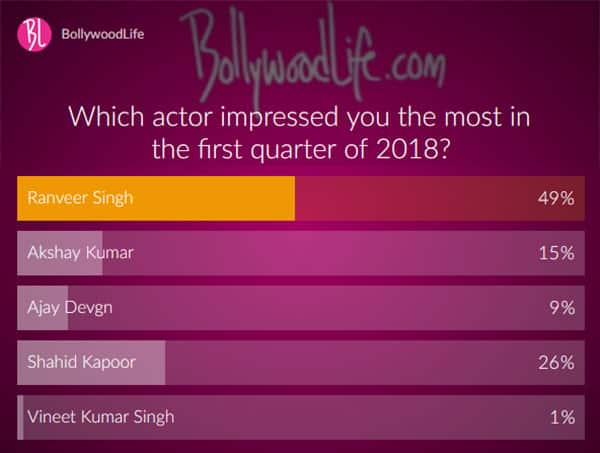 Ranveer Singh, who gave a brilliant performance as the menacing Sultan Alauddin Khilji in Padmaavat, won the poll hands down for his extraordinary portrayal with 49 percent of votes. His co-star Shahid Kapoor, who played the character of Maharawal Ratan Singh, acquired the second position with 26 percent votes. On the other hand, Akshay and Ajay grabbed the third and fourth spot for their acts in PadMan and Raid respectively. Interestingly, Ranveer Singh has already won awards for his Khilji act which includes Dadasaheb Phalke Excellence Award and Entertainer of the Year Award.

Also Read - Cirkus song Current Laga Re: Deepika Padukone-Ranveer Singh go full MASSY in this firecracker number; but not all fans are impressed

Padmaavat has turned out to be Ranveer's highest grosser of all time with a staggering collection of over Rs 300 crore. Talking about his upcoming projects, Ranveer Singh has two films for 2018-19, viz. Simmba and Gully Boy. While in Simmba he portrays the character of a kickass cop, in Gully Boy, he plays the role of a rapper. So out of these two films, which one you are more excited for? Share your thoughts in the comments section below...