#BLBestof6 winners: Sidharth Malhotra, Kangana Ranaut, Shershaah and more – meet the Best of Bollywood from the first half of 2021

We asked you all to choose the best of the best and the verdict is out. Sidharth Malhotra, Kangana Ranaut, Shershaah and more emerged as the winners in the #BLBestof6 Bollywood category.

It was a tough year. The pandemic affected us all and we faced a horrific second wave of COVID-19. If there waas one thing that kept us sane, it was entertainment. We had asked you all to vote for your favourites and now its time for the results in #BLBestof6. Today, we are here t declare the winners in our Bollywood category. So, here we go. Also Read - Kangana Ranaut all set to take PANGA with Karan Johar once again; Tejas to clash with Mr. & Mrs. Mahi 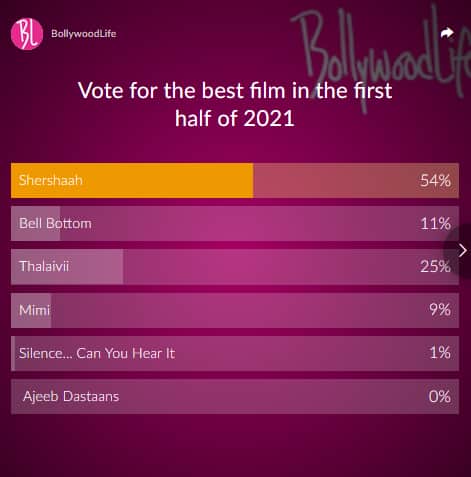 This category had saw Shershaah, Bell Bottom, Thalaivii, Mimi, Silence... Can You Hear It and Ajeeb Dastaans competing with each other. Sheshaah emerged as the winner with 52% votes. Thalaivii came second with 25% votes. Shershaah traced the life of Captain Vikram Batra. The Kargil war was shown effectively in this war drama. Also Read - Katrina Kaif-Vicky Kaushal wedding: Kangana Ranaut pens an appreciative note for the couple on breaking gender stereotypes but it has a TWIST 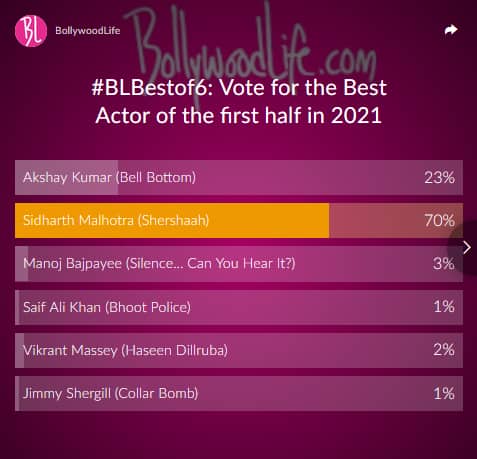 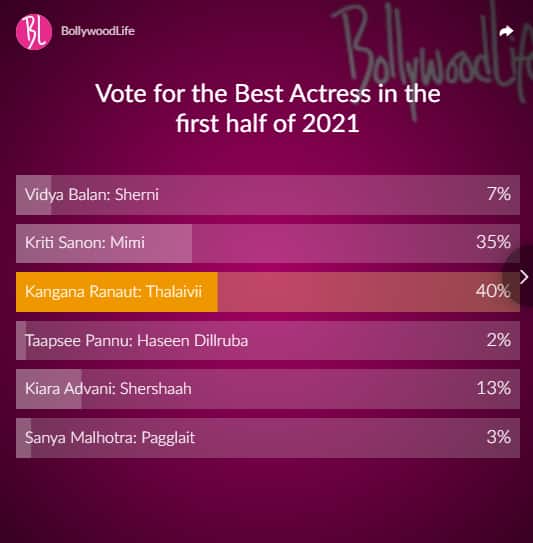 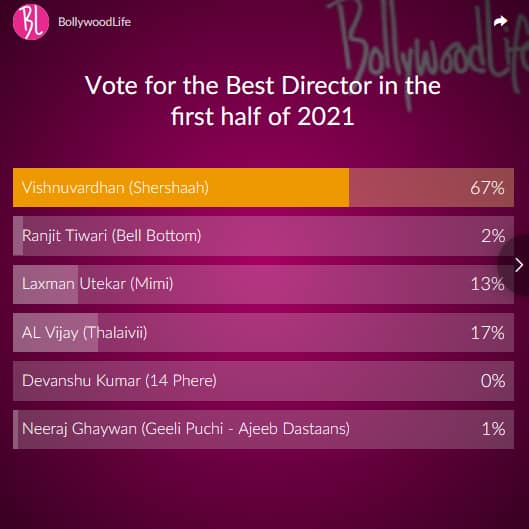 Vishnuvardhan has won this category with 67% votes. AL Vijay is second with 17% votes. 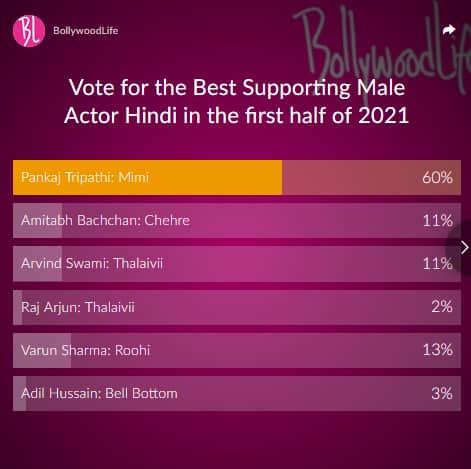 The very dependable Pankaj Tripathi is the winner of this category with 60% votes. He was quite exceptional in Mimi. 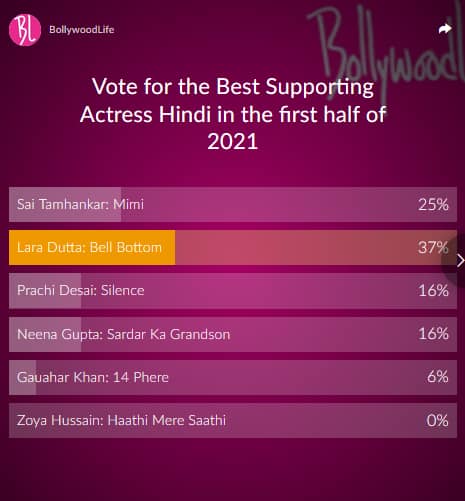 Lara Dutta, who played former Prime Minister Indira Gandhi in the espionage thriller, has won big in this category with 37% votes. The film had a theatrical release after the second wave of COVID-19. 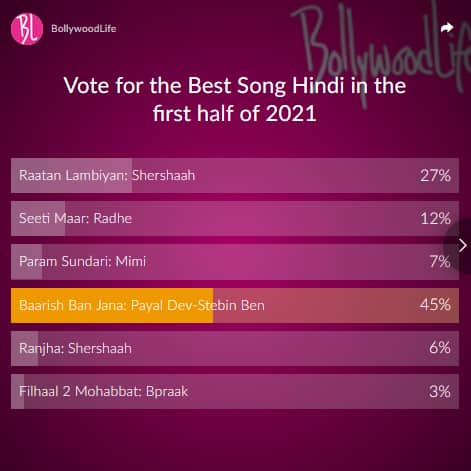 Baarish Ban Jana, which was sung by Payal Dev and Stebin Ben, has emerged victorious in this category. Hina Khan and Shaheer Sheikh featured in this romantic number.