Wait, what is Kangana Ranaut up to?

That way, nobody would dare mess with Kangana Ranaut but guess, last night was meant to be wild, kinky....I mean, quite literally! One look at the above picture and you will know what we are trying to say! Wearing a skimpy black bodysuit with a whip in her hand, Kangana resembled every bit of the famous Fearless Nadia aka Hunterwali, Basically, she stepped out in this badass avatar to launch an exclusive cocktail named 'Bloody Hell' as a promotional run for her Rangoon song by the same name. But little did we expect things would get so raunchy with Kangana actually agreeing to get whipped by a random guy in public. Can you believe, this just happened? Also read: Rangoon song Bloody Hell: Kangana Ranaut is a total DIVA in this unusually entertaining track Also Read - Rangoon song Bloody Hell making: Kangana Ranaut braves cheetahs and snakes to put up a sizzling act - watch video

Obviously it was all in the jest of it but Kangana's pictures are so damn suggestive. Look at that joy in whipping each other. Especially Kangana who is so unhesitatingly seen getting whipped. Only Kangana could agree to do something as wacky as this as a part of her film's promotions. Indeed, there couldn't have been a sexier way to promote Bloody Hell from Rangoon! Just in case you haven't watched the song, Bloody Hell is equally fierce with Kangana whipping up her sex appeal in a military suit, as she performs for Saif Ali Khan and the Indian army. In fact, there's even a hoarding in the track which introduces Kangana aka Julia as "Toofan Ki Beti" and now we exactly know why... Also Read - Rangoon song Bloody Hell making: Kangana Ranaut braves cheetahs and snakes to put up a sizzling act - watch video 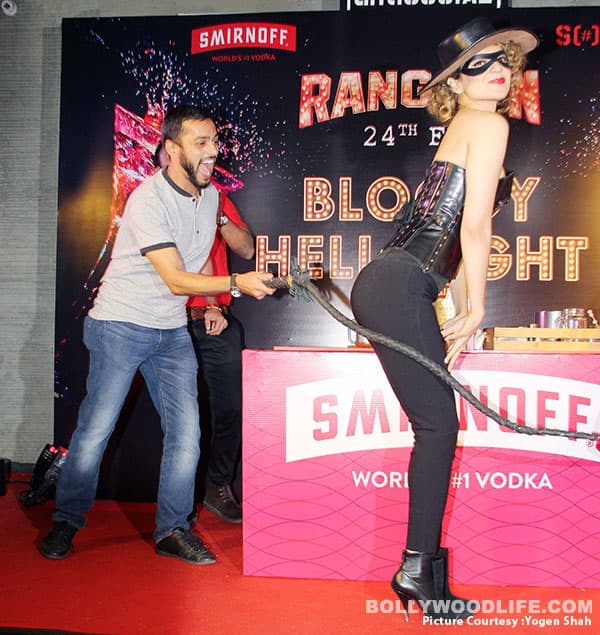 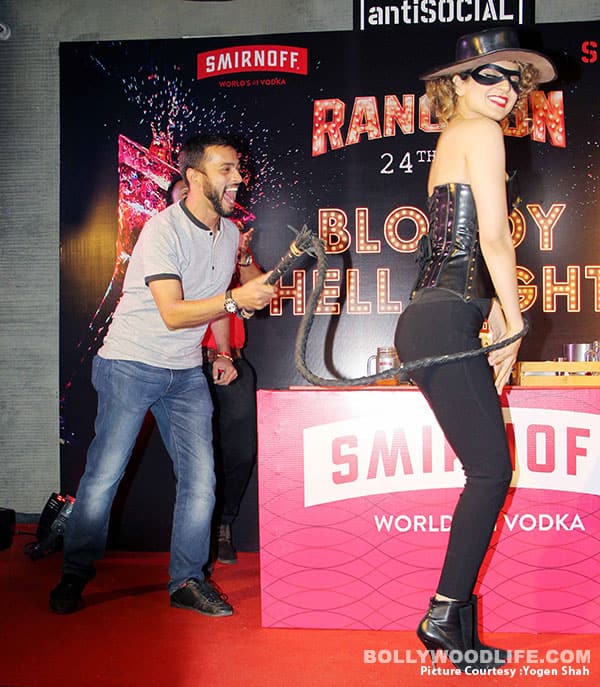 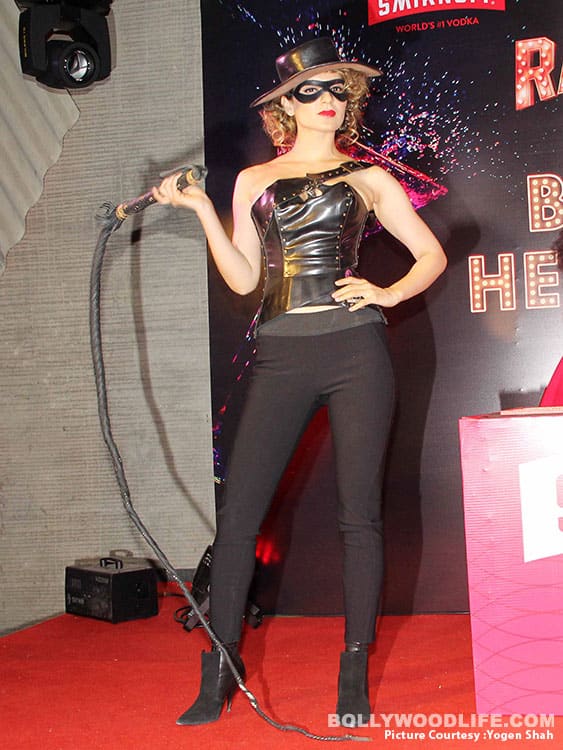 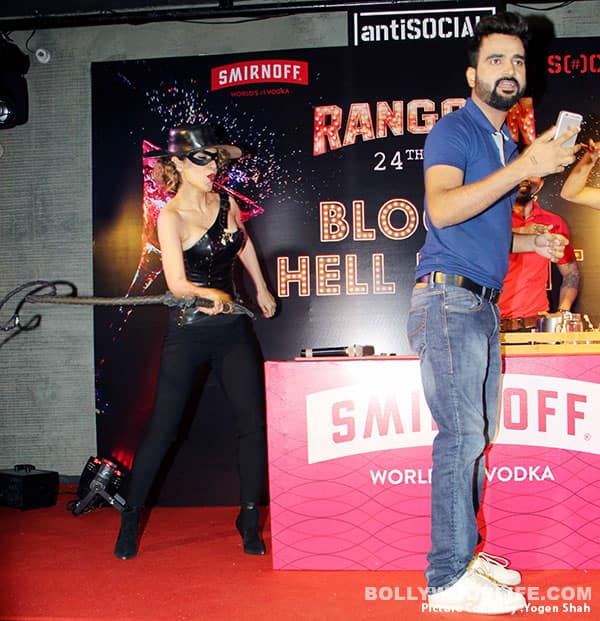 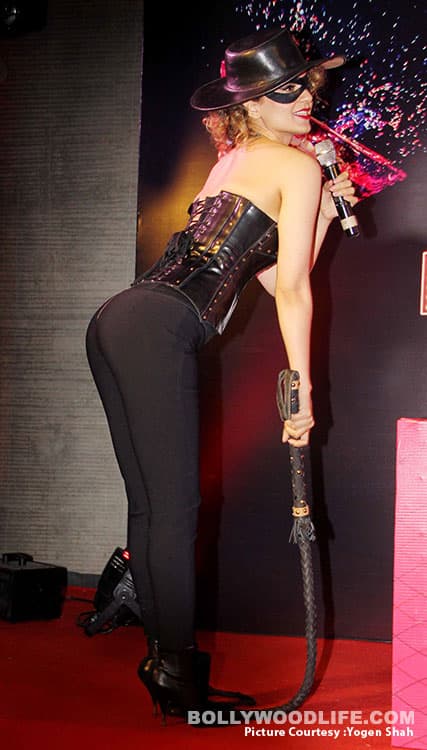 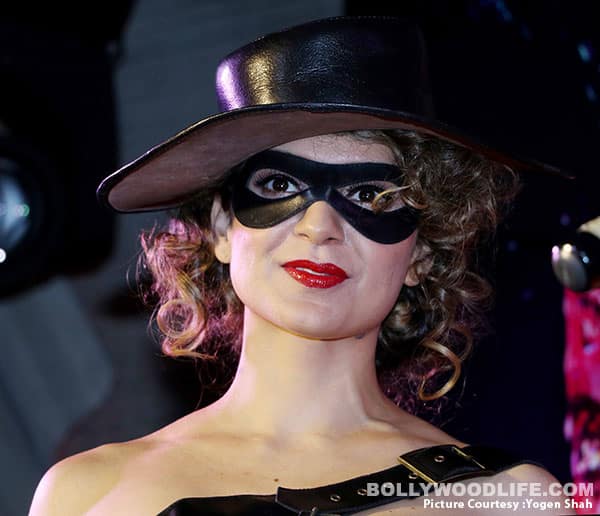 Reminds us of this interview when Kangana had admitted that she can scare the shit out of men. She said, "It is not easy to be in love with someone like me. I am open about my life, and most men don’t like women with such honesty; it can be nerve-wracking for them. So it reduces my chance at having a relationship. But I’m not looking for an ordinary man. I like men who love to play with fire. I like men who love to tame roaring lionesses (cracks up with laughter). Men have told me that I can scare the shit out of them. And I am aware that when I talk like that, no weak man would even flutter around me.”