This season of A Table For Two will have Aparshakti Khurana and Karishma Tanna, Jaideep Ahlawat and Sayani Gupta, Jim Sarbh and Shahana Goswami, Rohit Bose Roy and Suchitra Pillai, and lastly, Saquib Saleem and Aahana Kumra taking on each other with a lot of candour and masti. Season 2 will be launched on all Zee International linear channels by March 2021.

After the stupendous success of the first season of the very entertaining A Table For Two, the chat show is all set to be back with a second season. Only this time, it promises to be bigger, better and more fun. The chat show features some of the most loved and well-informed Indian celebrities from the cinema, TV and digital space, along with their significant others or friends, chatting about their professional journeys, relationships, friendships, and general equations with all and sundry. The best part about the last season and this one too is how viewers get to be privy to living-room discussions through a bird's eye view of the celebs' worlds. Now, with A Table For Two returning with season two, you will get to see both contrasting and similar views exchanged by your favourite celebrity guests. Also Read - Trending OTT News Today: Ranbir Kapoor's debut short Karma, Tamannaah Bhatia's November Story trailer and more

Bollywood, stage and OTT actress, and known anchor Ira Dubey returns as host of season two of the quirky chat show, which will pit celebrities against each other this time around (all in good spirit), wherein the duo will share their contrasting yet similar views on a range of topics from first love, first rejections, success and failure to what has worked for them, what has not and what keeps them going everyday both professionally and personally. Besides these points, other topics like their contrasting journeys and evolutions in the entertainment industry will also be touched upon albeit all in an easy-breezy, lemon-squeezy manner, with a lot of fun and games thrown in-between. Also Read - A Table For Two Season 2 Episode 4: From their most embarrassing moments to the worst pickup lines, Ravi Dubey and Abhishek Banerjee reveal it all to Ira Dubey

Watch the sneak-peek of A Table For Two season two below:

Each episode will be divided into three segments. The first segment, titled 'Ice Breaker' will ease the viewers into the second season, you’re your favourite stars revisiting the topsy-turvy year gone by, interesting opportunities that came or are about to come their way, plus some general banter about life and the camaraderie that the two share, going back to their first encounter, initial impression of each other and how they've maintained their bond over all these years. Also Read - A Table For Two Season 2: Aahana Kumra and Saqib Saleem make a solid case for putting the nepotism debate to rest on Ira Dubey's show

The second segment, called 'Work It', will see the guests lock horns while firing shots on the time gone by, things that have changed, their contrasting approach to diverse situations, different struggles and challenges they've faced, the lessons they've learned and how the public glare has impacted their lives along with the effects of constant social-media scrutiny. Following this, our celebs will play a game of 'In Your Face', where they take turns to hold a placard bearing an object or personality trait, with the other guest responding in whatever way they choose to. 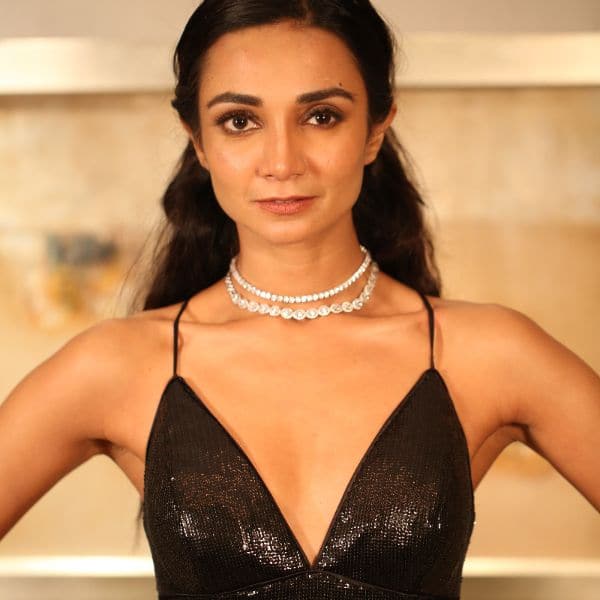 The final segment, aptly named 'Get Personal', will witness the celebs testing their comfort zones with some personal deets such as the best and worst criticism they've received, their last act before going into lockdown, upcoming goals, family, personal style-files and lasting memories. A quick Rapid Fire is then played, with a set of fiery questions from hostess Ira Dubey, after which the episode will end on a heartwarming and inspiring note.

This season of A Table For Two will have Aparshakti Khurana and Karishma Tanna, Jaideep Ahlawat and Sayani Gupta, Jim Sarbh and Shahana Goswami, Rohit Bose Roy and Suchitra Pillai, and lastly, Saquib Saleem and Aahana Kumra taking on each other with a lot of candour and masti. Season two will be launched on all Zee International linear channels by March 2021.