Katrina Kaif's mother was spotted shopping in Bandra. The actress is currently in the news because of her rumoured wedding with Vicky Kaushal.

Katrina Kaif and Vicky Kaushal's December wedding has kept the gossip mills bustling. Even though the couple has not confirmed anything about their wedding, there is a lot of discussion around when, where and how the two stars will get married. From guest list to the outfits of bride and the groom - fans are eager to know every detail of the big-fat wedding. Meanwhile, it seems the Kaifs and Kaushals are busy with the last minute preparations. Katrina Kaif's mom was recently spotted shopping in Bandra. Also Read - Rajkummar Rao, Mouni Roy, Katrina Kaif and more celebs posted THESE pictures on Instagram and later deleted them

Video and pictures of Katrina Kaif's mom exiting a store in Bandra have made their way to the internet. She was alone. Last time, Katrina's mom was spotted with the actress' sister and they were papped doing shopping of traditional wear. Also Read - Vicky Kaushal and Katrina Kaif's fans are wishing the couple gets a long vacation soon; here's the heartwarming reason 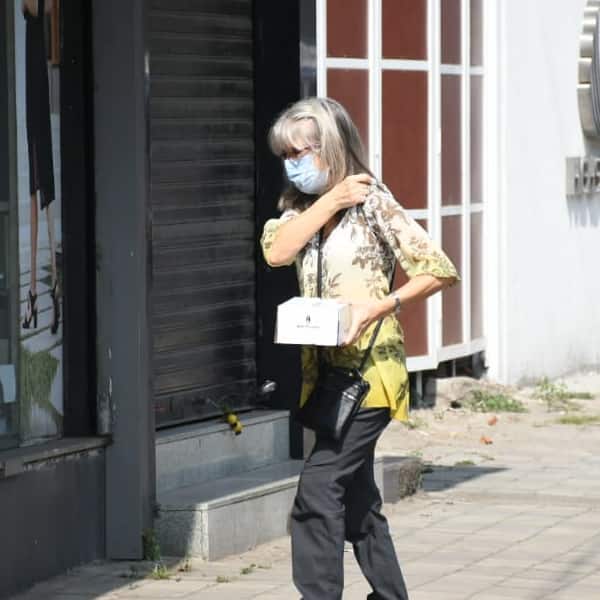 As per the reports, Vicky Kaushal and Katrina Kaif's wedding is going to take place at Rajasthan’s Six Senses Fort Barwara. Among those invited are Salman Khan, Shah Rukh Khan, Farah Khan, Karan Johar, Shashank Khaitan, Zoya Akhtar and more. We were the ones to exclusively tell you that Anushka Sharma, Virat Kohli and their daughter Vamika will also be attending the wedding in Rajasthan.

New reports suggest that almost 45 hotels have been booked for the wedding festivities of Victrina that will span over three days. From December 7 to December 9 - there will be sangeet, mehendi and more. We cannot wait to see all the gorgeous pictures from the big-fat Indian wedding. However, reports say that the couple has imposed strict 'no phones allowed' policy at their wedding.