Bollywood news: Sadly, Amit Sadh and Annabel DaSilva's relationship has come to an end but we hope Amit finds his life partner soon. 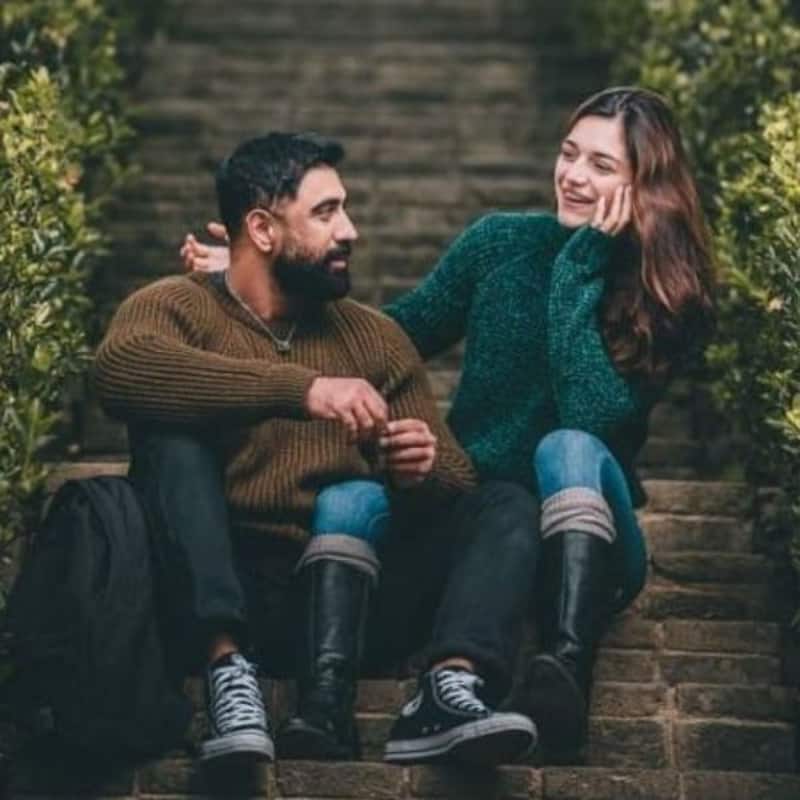 Bollywood New: After calling it quits with his long term relationship with Punjabi actress Neeru Bajwa, Super 30 actor, Amit Sadh, found the love of his life in a fitness model Annabel DaSilva. The duo met at a gym when the actor working on an assignment whereas the Brazilian model was busy prepping for a bodybuilding competition. Everything was going hunk dory in their relationship until recently. Right after their New Year's vacation, rumours about cracks in their love affair spread like wildfire. And now, Amit Sadh has himself confirmed that he is no longer dating Annabel. Also Read - Trending OTT News Today: Hrithik Roshan in awe of Saba Azad in Rocket Boys, Amit Sadh's look from Breathe: season 3 leaked and more

Confirming his break up, he told Mumbai Mirror, "It’s absolutely true. I am absolutely single and ready to be taken." Although Amit confirmed his split now, rumours about his break up had first hit the grapevine in August 2019. A source close to Times Of India had said, "The split was amicable. Amit and Annabel were quite serious about each other. But things didn’t work out. They have decided to stay in touch, but not as lovers." Also Read - Breathe 3 actor Amit Sadh dating British actress Viven Monory? Read Deets

Admitting that Annabel had a huge impact on his life, Amit had earlier told DNA, "I’ve never been so happy and I’m grateful to her for that. She’s one of the most amazing human beings I’ve met. She personifies happiness — she’s always smiling. I think I’ve also caught on to the habit. Earlier, I was closed and unsure. I hope we can make a difference to each other’s lives, she already has. We are extremely involved in each other’s lives. As I said, we are a normal couple. When it becomes special, it’s a problem. When you love someone, it should come easily. Annabel has taught me the power of little things." Also Read - Sukhee: This Aarya 2 actress joins the cast of the Shilpa Shetty - Amit Sadh starrer [Exclusive]

Sadly, their relationship has come to an end but we hope Amit finds his life partner soon.