Armaan Malik deletes all his Instagram posts with a cryptic note, and we wonder what’s happening?

Almost 23 hours ago, Armaan Malik deleted all of his Instagram posts which has left his fans and his peers wondering whether his account is hacked or he is suffering from some mental trauma. His Twitter post says a different story. We wonder, what's happening? 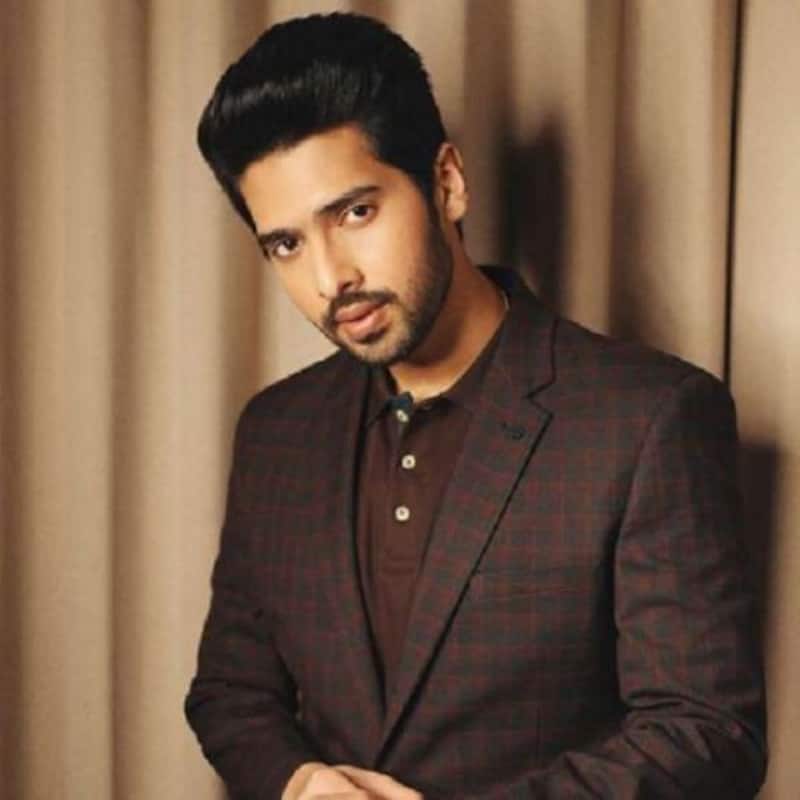 Armaan Malik is the young singing sensation of India. Recently, the singer has crossed the 8 million mark on Instagram. His fans were in a shock when the Main Rahoon Ya Na Rahoon singer deleted all his posts and uploaded a single image saying, "I can't take it anymore." (sic). The post is a black and white picture with a black background and text in white. Fans and peers are going nuts as to why all of sudden Armaan deleted all his posts and put up such a cryptic note on his profile wall. Also Read - Trending Hollywood News Today: Kim Kardashian's Paris robber 'blames her', Allu Arjun-Armaan Malik collab with K-Pop band TRI.BE, Scott Disick sustains minor injuries in car crash and more

Meanwhile, vote for Armaan Malik, if you think he is the Best Musician on Youtube:

Armaan Malik's next note read, "Pushing and you Pulling me back." Another cryptic note in the same format as above mentioned one was posted a couple of hours ago. Many re wondering whether his account is hacked or he is in pain and not being able to "take it anymore". Have a look at his posts here: Also Read - Memu Aagamu Song: Allu Arjun and Armaan Malik's collab with K-Pop girl gang TRI.BE is the best thing on the Internet today [Watch Video]

Armaan has a huge fan base among the masses. One fan commented: "Armaan what happened? You are giving us real tension. Please don't do this." Confused whether the singer himself did it or his profile has been hacked, another fan wrote: "Is this you Armaan?" Another user thought the singer is probably going through a rough patch mentally and commented: "Did you just delete everything? Don't worry too much. Everything sorts itself out with time." Have a look at the comments from the fans here: Also Read - Trending South News Today: Chiranjeevi's Godfather teaser released, Suriya 42 starts with a pooja in Chennai and more 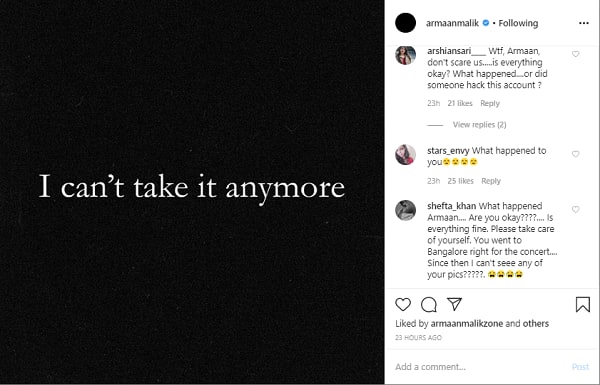 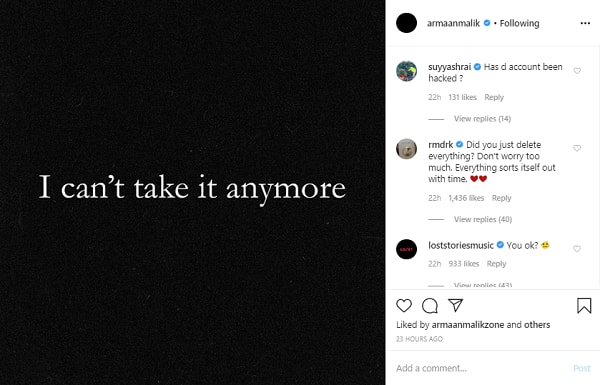 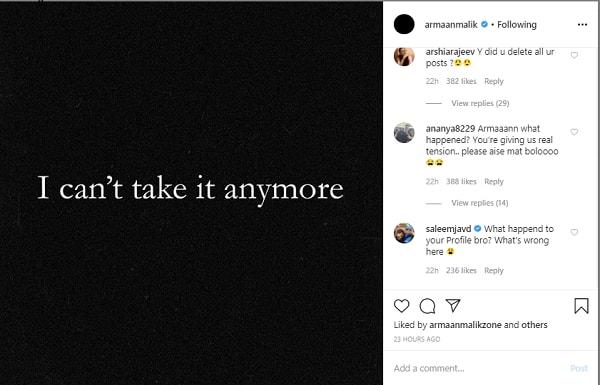 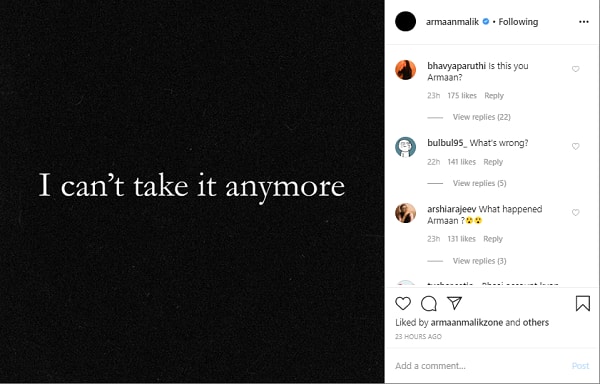 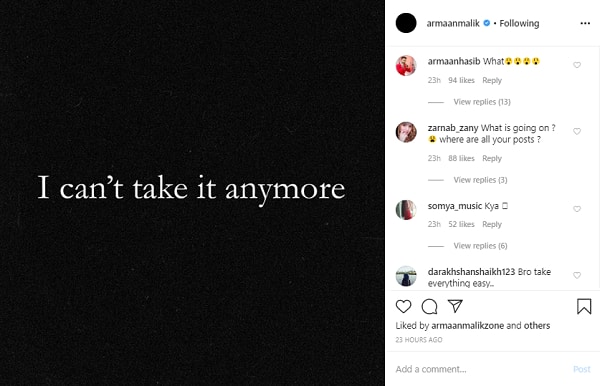 However, the singer asked his fans to calm down and not to worry. Taking to his Twitter handle Armaan wrote, "Time reveals everything, don’t worry." Have a look at his tweet here:

Just yesterday, Armaan had congratulated his fans on crossing the one million mark on twitter with a post. "We did it guys #1MillionArmaanians on twitter finally. Onwards & upwards no looking back.. let’s gooo!! Rocket" He had written.

We did it guys #1MillionArmaanians on twitter finally. Onwards & upwards no looking back.. let’s gooo!! ? pic.twitter.com/CrT4gl3q19