The much-anticipated Maidaan, which celebrates the biggest sport in the world, football, will commence shooting from January 2021. The film has already been shot across Lucknow, Kolkata and Mumbai and was to start its final schedule when it had to be stalled due to Covid-19. The primary shooting of the film is already 65% completed and the last schedule will now end by April 2021. Considering the heavy VFX work on the film which is already in progress across London, Canada and LA, the film release date will have to be shifted . The film is now all set to have a worldwide theatrical release on Dussehra 2021, 15th October 2021. Check out the latest poster below: Also Read - RRR, Sooryavanshi, Gangubai Kathiawadi, KGF 2, Liger and more – Ten movies that are guaranteed to NOT take the OTT route 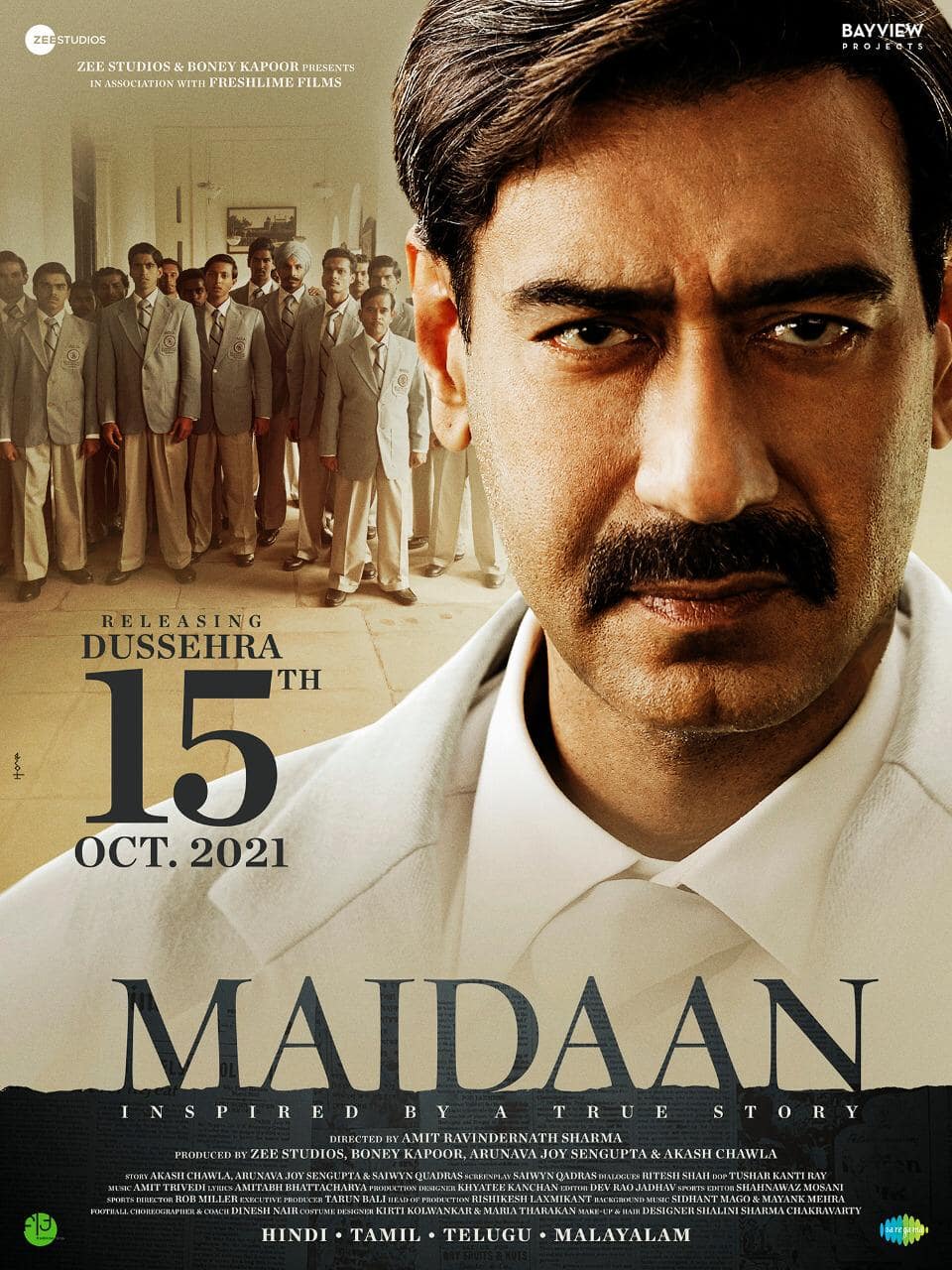 Inspired by the incredible true story of Syed Abdul Rahim, Maidaan will showcase the journey of one of the finest coaches that emerged from India, the one who put India on the global map. Ajay Devgn essays the role of the legendary coach Syed Abdul Rahim, who is said to be the founding father of Indian football. He was both the Indian football coach and manager of the Indian national team from 1950 until his death in 1963. Syed Abdul Rahim is widely regarded as the architect of modern Indian football. Also Read - Shershaah, Bhuj, Gangubai Kathiawadi and more: 7 upcoming Bollywood films which are based on real life heroes