Brahmastra is one of the most awaited films of the year. Though we don't have a release date as of yet and Alia Bhatt, Ranbir Kapoor and Ayan Mukerji are still shooting for the sci-fi trilogy, we have hopes pinned that it will see the light of the day this year. Fans of Alia Bhatt, Ranbir Kapoor and Ayan Mukerji films are waiting for the film to come out. It was supposed to come out in 2019 but was delayed as Ayan wanted to work and perfect the special effects. It was scheduled to release on 4th December 2020, but the pandemic came along and the Brahmastra's shoot and release, both got delayed further. Alia Bhatt is dabbling the shoots of various films and it includes Brahmastra. Recently, she took to her Instagram handle and dropped a question asking what post she should put up next. And everyone asked her to put up a post on Brahmastra. Such is the mania for the film. Let's check out some snapshots of Alia Bhatt's Instagram stories... Also Read - Kasautii Zindagii Kay 2 actor Parth Samthaan is all set to make his Bollywood debut opposite Alia Bhatt 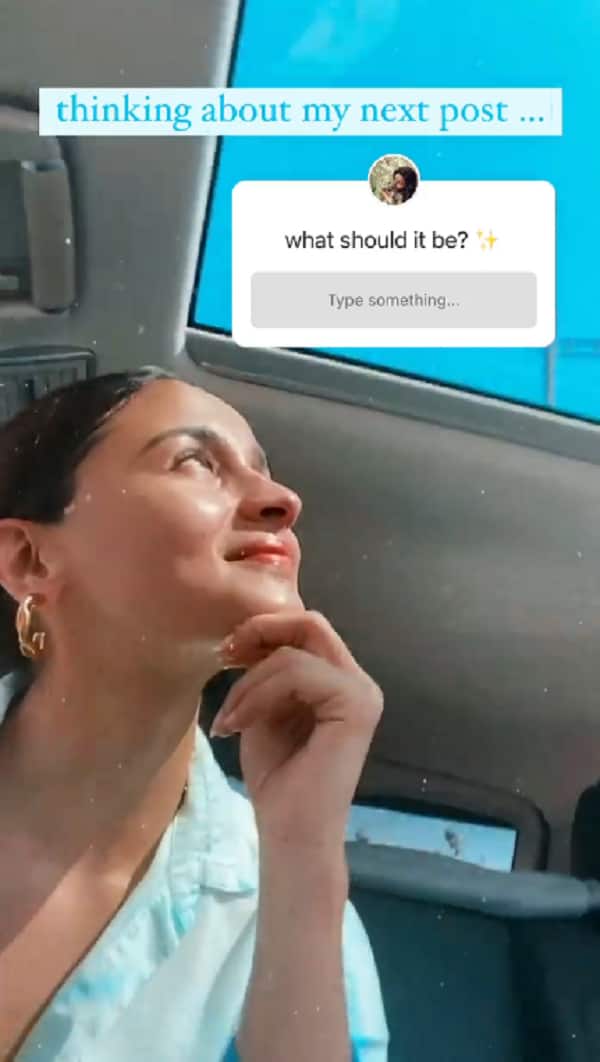 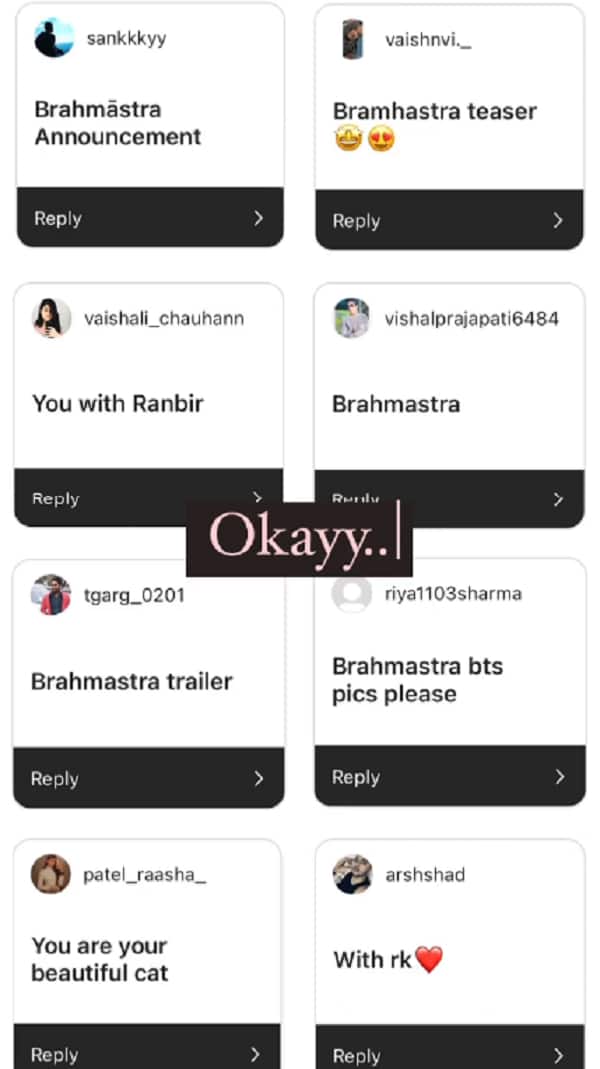 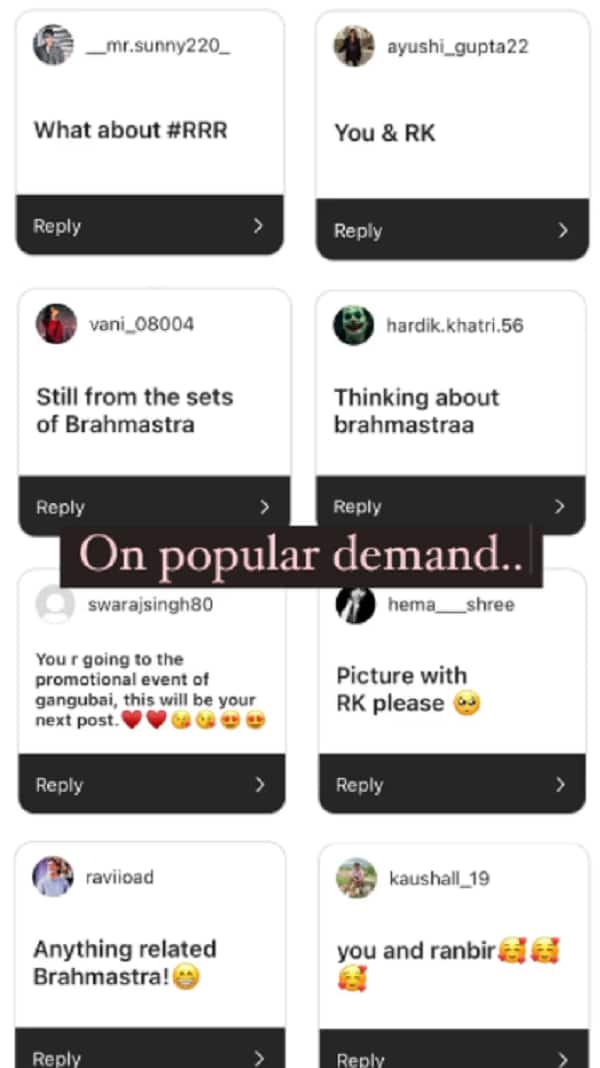 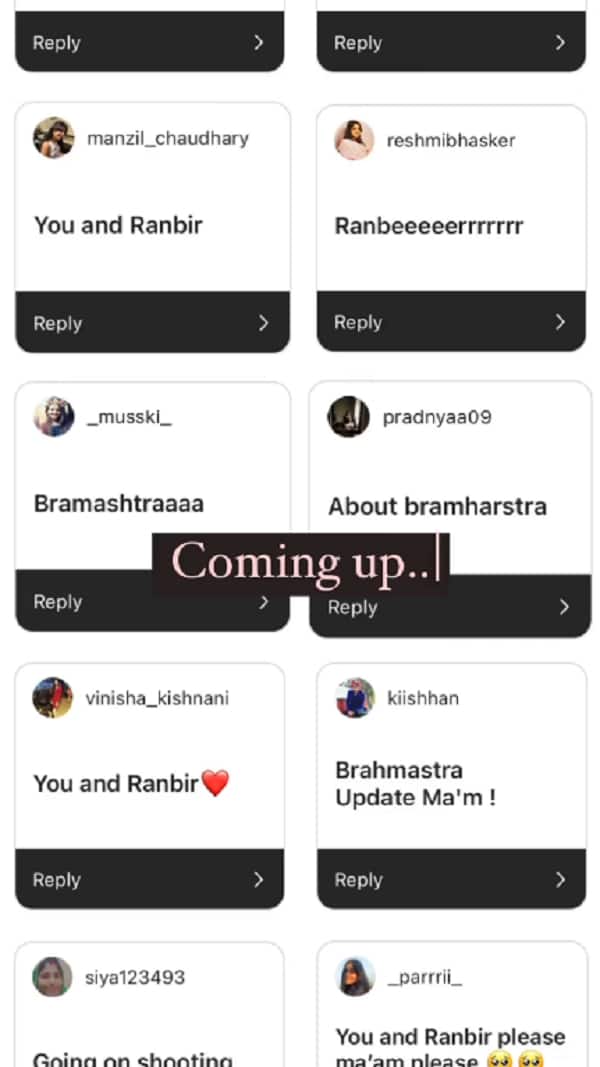 As per the latest reports, it was said that the producers had asked Ayan to trim about 30 minutes from the film. And it was reported that Ayan was not agreeing to the same. As per the Bollywood Hungama report, a trade source said, “Brahmastra is undoubtedly the costliest Hindi film till date and to make sure the returns are on the point, the stakeholders are leaving no stone unturned. While the bound screenplay of Brahmastra and the rough first cut had a run time closer to the 3-hour mark, the studio suggested the team to cut it down by at least 30 minutes keeping in mind the changing consumption pattern of the audiences, thereby making the film a memorable experience.” Also Read - Priyanka Chopra, Anushka Sharma, Alia Bhatt, Ranbir Kapoor – let us take a look of pets of top Bollywood celebs

Meanwhile, recently, Nagarjuna Akkineni wrapped up his portions on the sets of Brahmastra. He heaped praises on the film saying, "And it's a wrap for me on #Brahmāstra. Such an amazing experience it has been with our stellar performers #Ranbir and @Aliaa08. Can't wait for you guys to witness the outstanding world #AyanMukerji has created. #TheBigIndianMovie #Brahmastra."