As you might remember, last year, during the lockdown, Sussanne Khan had temporarily moved in with Hrithik Roshan so that their sons Hrehaan and Hridaan did not have to be away from either of them. The actor had praised her immensely.

A few days ago, Sussanne Khan took to Instagram to post a picture in a grey Pathani suit. Sharing the photos, Sussanne wrote, “The Easy breezy chilled summer- monsoon (lockdown) look.. thank you my dear Mariam.. I totally love these gender fluid patani’s.. @_khan_mariam @la_patiala made them in all my favourite colours.. #pataniwithkeds #genderfluid #fashionlover.” Also Read - Poonam Pandey, Amala Paul, Lisa Haydon – 16 Indian actresses who bared it all on screen; get ready for some MAJOR surprises 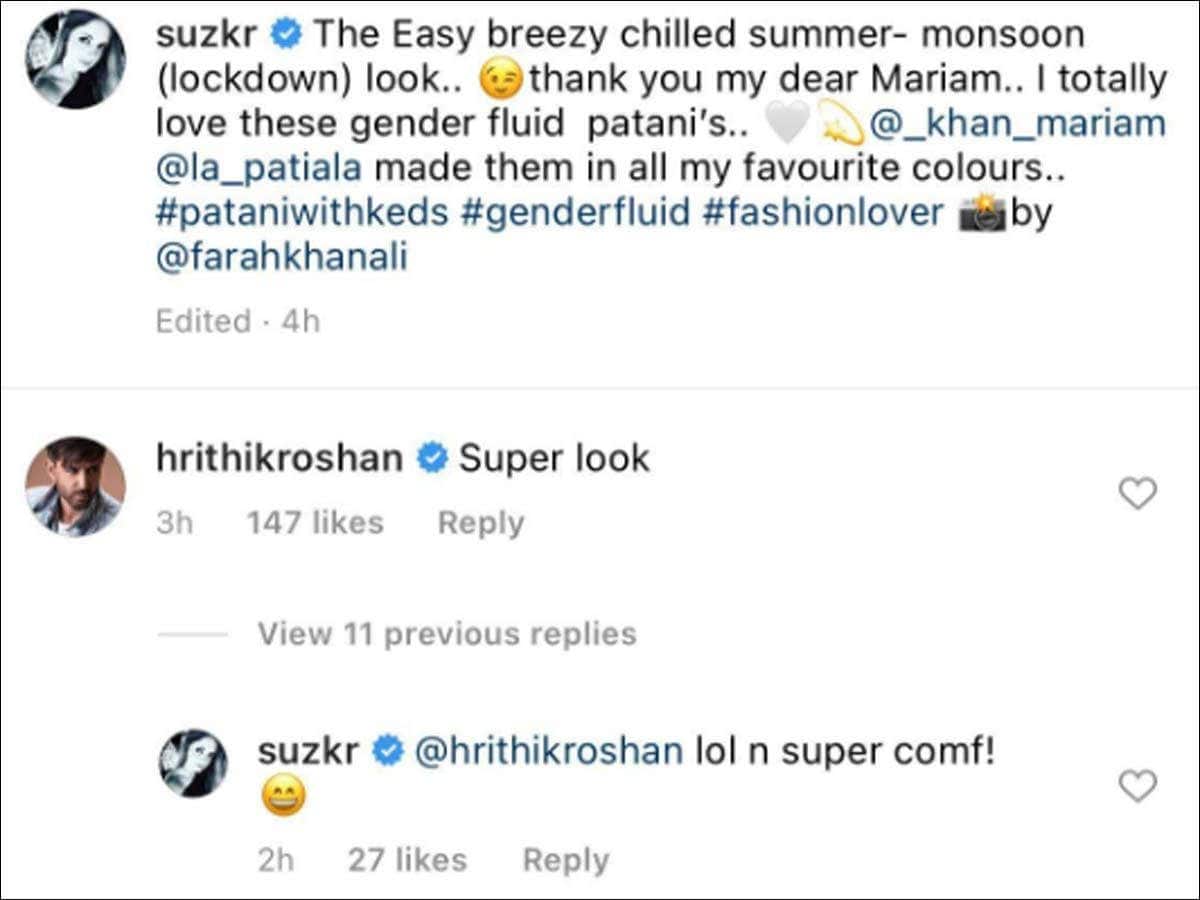 Also Read - The Family Man 2 actor Manoj Bajpayee's wife Shabana has ROMANCED Hrithik Roshan and Bobby Deol; here's what you need to know about her

After their interaction, fans started rooting them wanted them to remarry. “You still love her, don’t you?,” a fan wrote. Another fan’s comment read, “Aaj bhi yaad aati hai kya bhai?”

As you might remember, last year, during the lockdown, Sussanne temporarily moved in with Hrithik so that their sons Hrehaan and Hridaan did not have to be away from either of them. The actor had praised her immensely.

Sharing a photo of her, Hrithik had written, “This is a picture of dear Sussanne (my ex wife), who has graciously volunteered to temporarily move out of her home so that our children are not disconnected indefinitely from either one of us. Thank you Sussanne for being so supportive and understanding in our journey of co-parenting.”

Hrithik and Sussanne got married in 2000, shortly after the release of his debut film Kaho Naa Pyaar Hai. In 2014, they got divorced. Even after their divorce in 2014, they continue to share a friendly and cordial equation.

On the work front, Hrithik had announced Fighter on his birthday, which will be directed by War and Bang Bang helmer Siddharth Anand and the actor will share screen space with Deepika Padukone for the first time.