Kareena Kapoor Khan took to Instagram to post a picture. It seems she is getting a makeover done.

It’s been 16 days since the birth of her second child, and Kareena Kapoor Khan is back on the scene already. She took to Instagram to post a picture. “Gangsta maestro @yiannitsapatori at work today.” It seems Bebo is getting a makeover. Have a look at the picture below: Also Read - Kareena Kapoor Khan reveals how she is ensuring sons Taimur and Jeh believe in gender equality and this is the best parenting tip ever 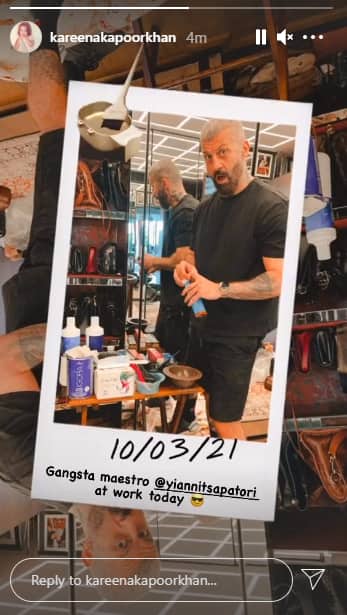 She also posted a selfie and asked fans to guess which colour would she be going with. Also Read - 'Itna attitude?' Kareena Kapoor Khan again gets BRUTALLY trolled, this time for carrying coffee mug in her car – watch video 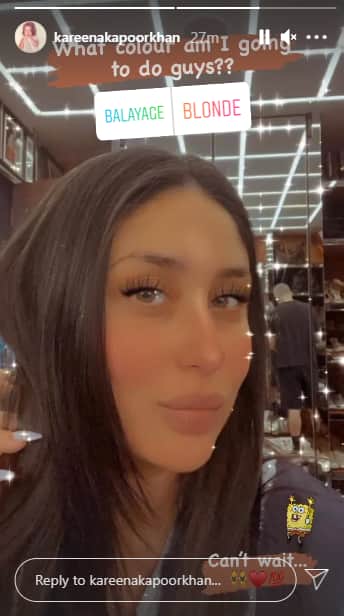 The name of the baby is not official yet. It can be recalled that Saif was not entirely convinced about the name Taimur. He had also considered renaming him after the backlash. He told Mumbai Mirror, "I should have added a disclaimer (to Taimur's name), as they do in the movies, that any resemblance to any person, living or dead, is purely coincidental. Yes, there were some people who raised some objections but obviously just to look at medieval history and to make value judgments is, I think, ridiculous, and a lot of people have said that on my behalf. I feel quite confident that we don’t live in a right-wing society. As yet, India is still liberal and people are still open-minded.”

In 2018, Kareena Kapoor Khan had opened up about Taimur’s name at India Today Conclave. She had said, "There was a lot of trolling, but there was also an immense amount of support. Not that the trolls mattered, because the night before I was going to the hospital, Saif asked me, 'If it's a boy, are you sure you want to do this? Let's change the name and call him Faiz. It's more poetic and romantic.' And I was like, no. If it's a boy, I want my son to be a fighter. Taimur means iron and I will produce Iron Man. I am proud to name him Taimur."