A few pictures of Ranbir Kapoor, Kareena Kapoor Khan, Karisma Kapoor, Riddhima Kapoor Sahni and others enjoying at Neetu Kapoor's birthday bash have hit the internet. They are being criticized for celebrating as Dilip Kumar passed away yesterday.

It is Neetu Kapoor's birthday today. She rang in her new year as the clock struck 12 whilst surrounded by family. Ranbir Kapoor, Kareena Kapoor Khan, Karisma Kapoor, Alia Bhatt, Riddhima Kapoor Sahni and others made it special for her by organizing an intimate bash. A few pictures from the party have made their way to the internet. However, this gave a reason to the netizens to criticize the Kapoor family. Also Read - From Golmaal Again to Saaho: Did you know Alia Bhatt had REJECTED these 5 films? 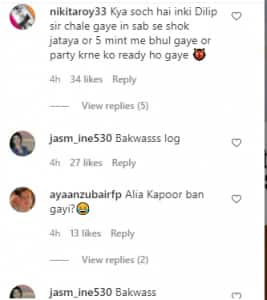 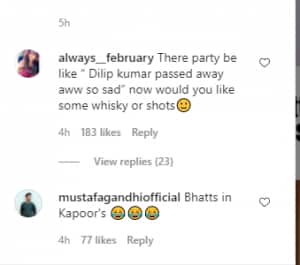 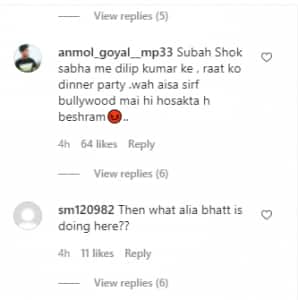 In the pictures, we also see Alia Bhatt, her sister Shaheen Bhatt and mother Soni Razdan. Indeed it seemed to be a fun night for Kapoors and Bhatts.

It was yesterday morning that the news of legendary actor Dilip Kumar's passing away at the age of 98 had hit headlines. The Mughal-E-Azam star was laid to rest with full state honours. His mortal remains were wrapped in tricolour and military protocols were followed. From the Kapoor family, it was Ranbir Kapoor who had paid a visit to late Dilip Kumar's residence to offer his condolences to grieving Saira Banu. The Kapoors were really close to Dilip Kumar as he shared a great friendship with legendary Raj Kapoor. They had appeared together in a film called Andaz. Some fans also commented that if Raj Kapoor was alive, the Kapoors would not be celebrating.