From wondering why Kareena Kapoor is asking a large acting fee to play Sita to raising the usual fingers on her husband's community and son's name to wondering if she'd walk the path of Sita after portraying the role the memes sparked by the reports would've been hilarious were they not so outrageous, outlandish and downright nasty 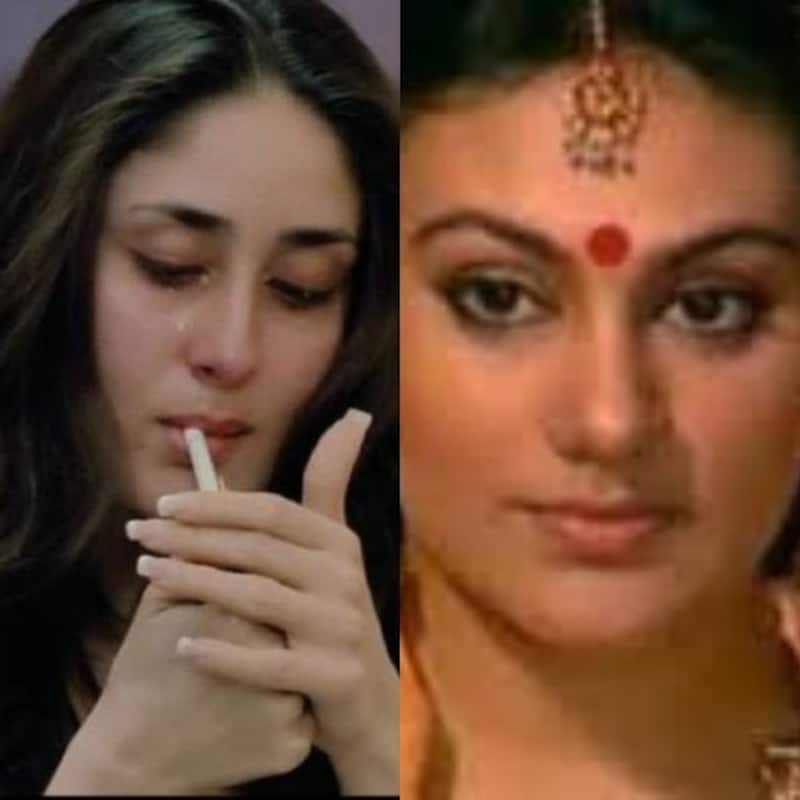 The moment reports streamed in that Kareena Kapoor has asked for Rs. 12 crore to play Sita in a mythological Bollywood movie based on the epic, Ramayan, netizens across the country have lost their collective s*it. Why? Well, for starters, most people are of the opinion that it should be an honour in itself to portray Sita on screen, and hence, the actress should either work for free or do it for much less. If that wasn't absurd enough, then there are the usual cartoon who, predictably, have raised fingers of how someone married to a Muslim (Saif Ali Khan), and who's names her son Taimur Ali Khan, can enact the role of Sita? Also Read - Trending Entertainment News Today: Ranbir Kapoor upset with Neetu Kapoor; Farah Khan enters Bigg Boss 16 to support Sajid Khan and more

Rounding off the chorus are a few more jokers inquiring if Kareena Kapoor Khan has lived by the virtues of Sita till now or if she can embody her values henceforth. Don't take our word for it; the reports suggesting she's set to play Sita and the amount she has charged for the movie have sparked a memefest on Twitter that would've been hilarious were it not so outrageous, outlandish and downright nasty. Check it out for yourself below: Also Read - Taimur Ali Khan visits Raha Kapoor with Kareena Kapoor Khan and Saif Ali Khan; proves to be a grown up [Here's how]

#BoycottKareenaKhan
?We will not agree to see her playing a role as "Mata Sita"!!
?Bollywood continuously making fun of Hindu idols and playing with sentiments of Hindu devotees. pic.twitter.com/5MPV9X2Ndi

How dare she even thought to play Mata Sita role .

I support this trend #BoycottKareenaKhan

How can Mughal boy Taimur Mother can Play the Great Role of Mata Sita .

Bollywood me kya actress khatam ho gye he
Ohh sorry bollywood he khatam ho gaya.
She will be perfect for surphanka's role?#BoycottKareenaKhan pic.twitter.com/xwuyXuJ6bG

How this Nashedi can ever play role of Sita Mata ? Where is this Bollywood heading towards ? They have fooled people for many years but not anymore because now people knows who are real heroes, real inspiration. #BoycottKareenaKhan
Rhea Bosses Killed Sushant pic.twitter.com/vzBpeWv9Ht

#Boycottkareenakapoorkhan
Not a perfect choice for sita maa role.
We know this sita maa. pic.twitter.com/aSgEjTfMkm

The last two tweets may not be memes, but they perfectly encapsulate all the demands in a nutshell... Also Read - Kareena Kapoor Khan and Karisma Kapoor slammed by fans for ignoring a child wanting to click a pic [Watch Video]

You don't have any right to play with our feelings. #BoycottKareenaKhan pic.twitter.com/IdsPgrbvQp

Going a step further, the same clowns have suggested Kangana Ranaut, Yami Gautam or South actresses Anushka Shetty and Keerthy Suresh should play the role, and no prizes for guessing their surnames or non-spousal tied to another community have played a huge part in the recommendations. So, what we gather from this is that to portray a character you either need to belong to same community/religion, have no ties with anybody from another community/religion, and do it for peanuts or better still, at no cost, if said character descends from a revered mythological text.

What about small things like acting, screen presence and pull with the audience? Come on, do such trivial aspects really hold sway in the larger scheme of things? As for being paid your money's worth as a professional...now...now... shouldn't your blessings be just compensation enough for your years of experience and hard work? Based on these criteria, we sincerely hope that those making these demands are asked the same the next time they go for a job interview. Oh, and yes, if their boss or workplace is overtly pious, then they better stick to their word and work for free.