Ranveer Singh's hit comic caper with a dash of drama and another masala entertainer from Rohit Shetty's cop-verse, Simmba had released on 28th December 2018. And to mark the special occasion of the second anniversary of the film's release, Ranveer Singh shared a goofy picture with the director. The two are collaborating yet again after Simmba and Sooryavanshi (yet to release) with Cirkus. Ranveer has begun shooting for Cirkus and the picture is from the sets. The Bajirao Mastani actor would be seen performing acrobats or at least posing as one. He is seen wearing a casual tee, Khaki trousers. He has a straw fedora on his head with a bandana around his neck. Ranveer Singh who is a mettle actor has one of the goofiest expressions on his face. On the other hand, Rohit Shetty seems unfazed with the bundle of energy that the Band Baaja Baarat actor is. He seems to be dishing out commands on the sets with a walkie talkie in the hand. In the post, we also see the clapper board of Cirkus. In the picture that Ranveer shared, there are trunks and baggage of sort. The trunks look rusty. "Cirkus ke set pe Simmba 2 ki fielding! @itsrohitshetty #behindthescenes #2yearsofsimmba," Ranveer Singh captioned the post. Check it out below: Also Read - Anniyan remake: Fresh new trouble for Ranveer Singh and Shankar's Hindi remake - read deets

Here's a full-length picture: Also Read - 7 rollicking affairs of Bollywood celebs that once made headlines but are now forgotten 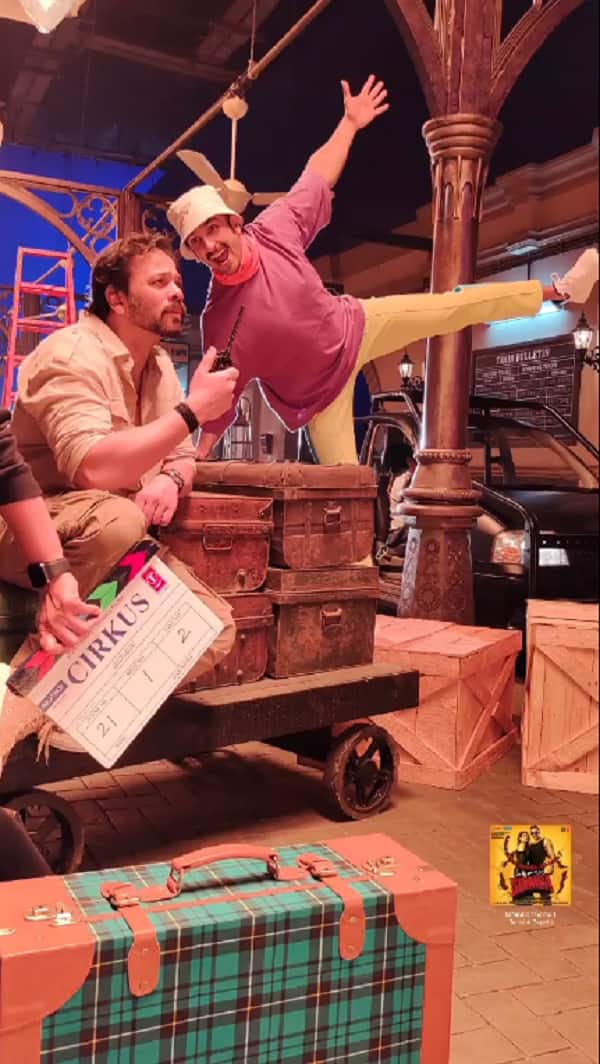