Sara Ali Khan had earlier said, 'My only tip to him would be to just be an all-rounded human being. You know, I think that films are a beautiful business and he would be lucky to enter this world.'

Sara Ali Khan took to Instagram to wish her brother Ibrahim Ali Khan on his birthday. She ordered a special football-themed cake for him. She shared a boomerang video and wrote, “I love my little brother.” The cake shows Ibrahim as a Chelsea player. Have a look at the pictures below: Also Read - Saba Ali Khan's throwback collection featuring toddler Sara, newborn Ibrahim and their young parents Saif and Amrita is PRICELESS 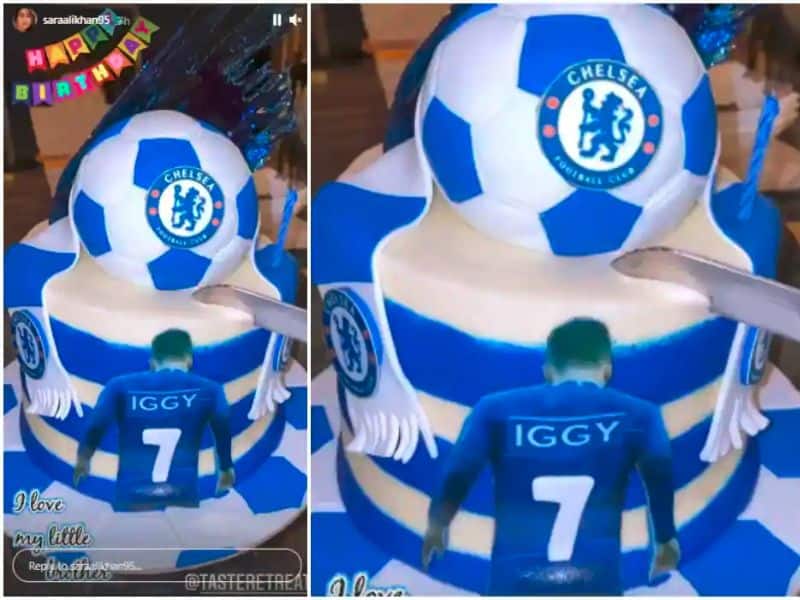 Speaking to ETimes, Sara had lauded Ibrahim humour. “His humour is amazing. My only tip to him would be to just be an all-rounded human being. You know, I think that films are a beautiful business and he would be lucky to enter this world. And if he needs advice in terms of acting or anything like that, he has many people in the family also to turn to, there are much bigger actors and stars and you know, much more experienced than I am.” Also Read - Before Ibrahim Ali Khan, THESE superstars started their careers as assistant directors under the wings of reputed filmmakers

Saif Ali Khan earlier spoke Ibrahim making a career in Bollywood. He told SpotboyE, "Ibrahim seems prepared for a career in acting. And why not? I’d like all my children to be in this profession. It is the best place to work in. I remember at 17-18 I was a mess. Acting saved me from self-destruction. Having the job, the sense of identity it has given me and the job satisfaction and the enjoyment it has given me are more than I could ask for."

He had told Mumbai Mirror, “I don’t know if I will launch him. It’s an option and films are certainly a viable career choice for him. He’s sporty and likes the idea of being in the movies rather than pursuing an academic job. No one in the family, with the exception of his sister (Sara Ali Khan), have been interested in the latter anyway.”

He had added, "It’s a different universe now, with different benchmarks. I would tell him to be well prepared and choose his films carefully."