Sonam Kapoor married Anand Ahuja in 2018. This is not the first time fans have speculated about her preganancy.

Sonam Kapoor’s younger sister Rhea Kapoor got married to her longtime boyfriend Karan Boolani. The wedding took place at her father Anil Kapoor’s bungalow in Juhu and was attended by close friends and family members. A video of Sonam and her husband Karan Bhoolani has emerged in which they are seen posing for the paps. Sonam looked elegant as ever in a pastel green Anarkali suit. However, fans also felt she is pregnant as she seemed to have a small baby bump. 'Sonam Kapoor is definitely pregnant,' claimed a user while other started speculating. Have a look at some of the reactions below: Also Read - When Ananya Panday, Janhvi Kapoor, Sara Ali Khan and more young Bollywood divas left fans gasping for breath with their fiery hot bikini shots – view pics 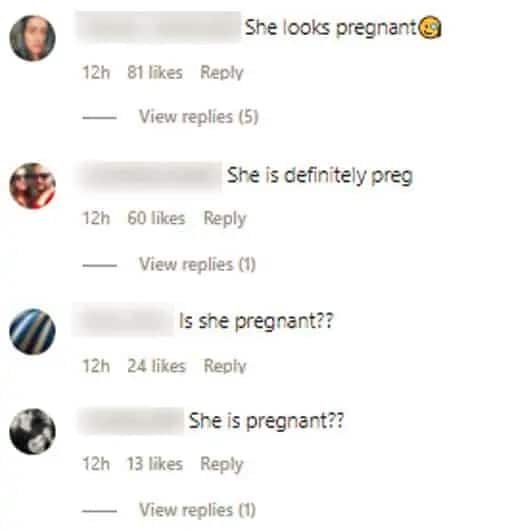 This is not the first time fans are speculating about Sonam’s pregnancy. Last month, she returned to Mumbai from London. The loose outfit that she wore on her return to Mumbai sparked pregnancy rumours. The actress had responded to the rumours by sharing a boomerang video in which she was seen holding a hot cup of tea. She wrote, “Hot water bottle and ginger tea for first day of my period…” Also Read - Kangana Ranaut labels Alia Bhatt's new ad replacing 'kanyadaan' to 'kanyamaan' as 'anti-Hindu propaganda'

Sonam married Anand Ahuja in 2018. They had a Hindu wedding at home, which was followed by a grand reception. The reception was attended by the whos who of the industry including Salman Khan, Shah Rukh Khan, Alia Bhatt, Ranbir Kapoor, The Ambanis, Kareena Kapoor Khan, and many others.