Suhana Khan took to her social media handle to wish for her dearest brother, Aryan Khan. Check out her post below:

Suhana Khan took to her Instagram handle recently to wish her brother, Aryan Khan. No, it's not yet his birthday. Aryan would celebrate his birthday on 13th November and the handsome lad of Shah Rukh Khan and Gauri Khan would turn 23-year-old. Suhana shared a pretty picture from Dubai. It is from their father's birthday celebrations night. In the picture, we can see Suhana leaning on to Arya's shoulder. Suhana can be seen wearing a printed top and a white skirt. On the other hand, Aryan is seen in a camouflage jacket. "Happy Birthday to my bestie. Jk eww xxx," she captioned the picture. Check out Suhana's Instagram story below: Also Read - 'Why do you look at pictures of Shah Rukh Khan or Kareena Kapoor Khan's kids?' Farah Khan blasts nepotism trolls 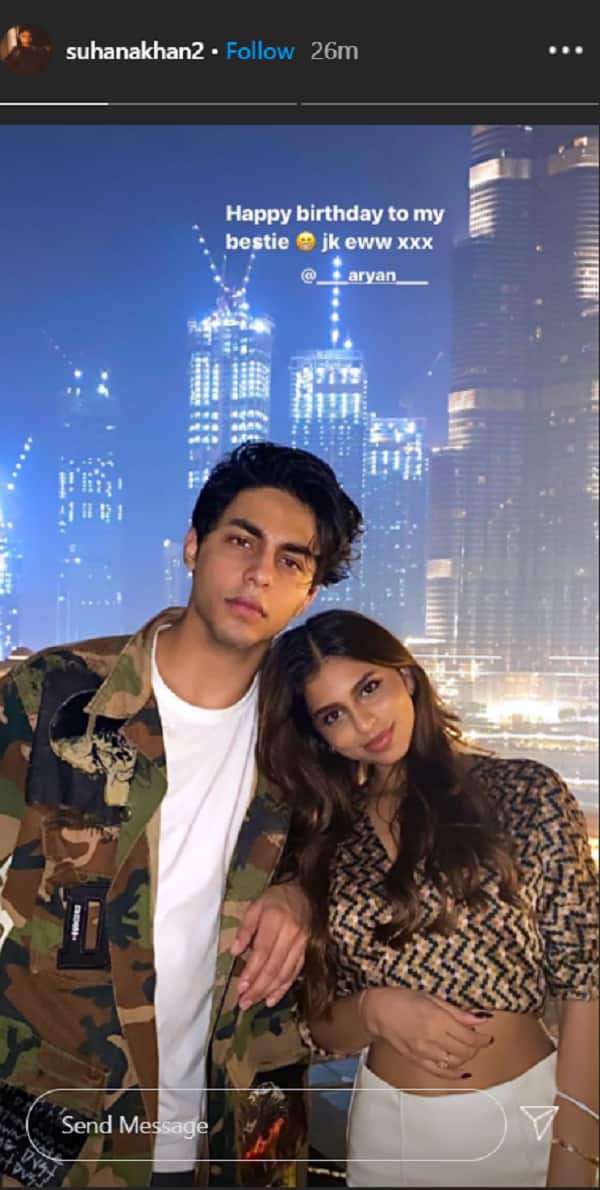 She also shared a throwback picture of Gauri Khan. The latter is seen posing with her friends in a garden. Gauri is seen opted for a monochrome look. She is seen in a black tee and black jeans with a belt. She is also seen wearing micro sunglasses. She looks quite chic in them and we know who Suhana and Aryan have got them style genes from. "Love u," Suhana captioned the post with a black heart emoticon to match her with her mother's style file. Check out her story post below: Also Read - Trending OTT news today: Zoya Akhtar to launch Shah Rukh Khan's daughter Suhana Khan in a Netflix project, Saif Ali Khan-Arjun Kapoor's Bhoot Police trailer impresses and more 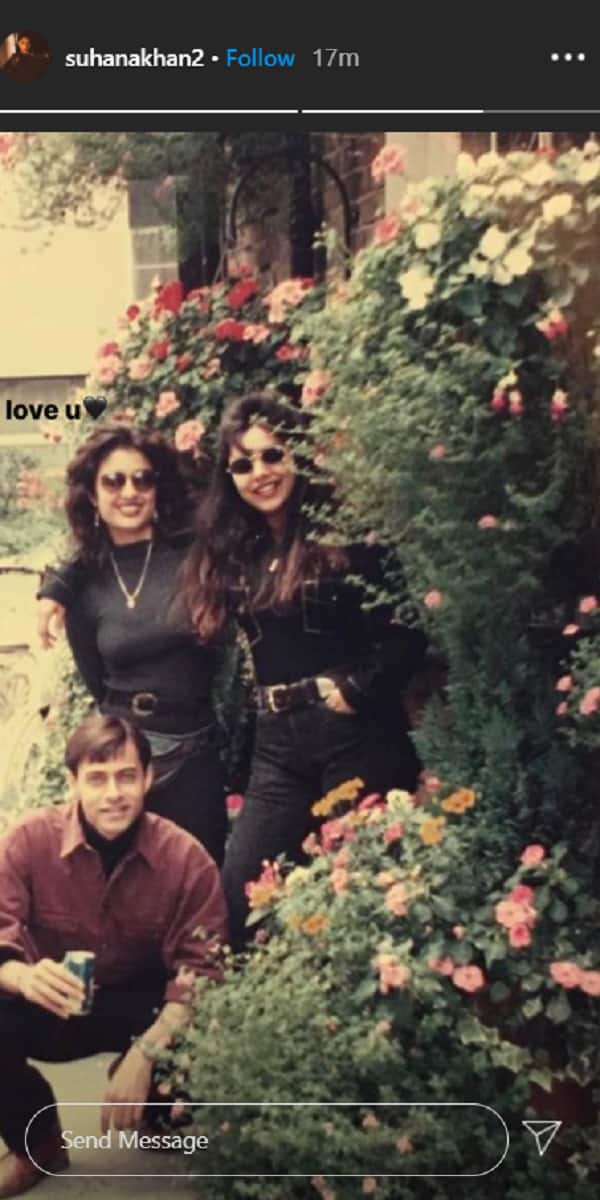 Earlier, Suhana had opened up on getting attention from the media at a very young age, with her being a star kid. "I still find it hard because people feel like they can judge you, especially on social media. Pictures from my private Instagram account get leaked. There are so many people talking about you. They don’t know you and they don’t know what they’re talking about, but they’re just talking. And that can mess with your self-confidence. I keep telling myself that haters are going to hate, but I can’t honestly say that I don’t get upset by it. It’s annoying, but I keep telling myself other people have bigger problems," Suhana had said in an interview with Vogue.