Sushmita Sen OPENS UP on break-up with Rohman Shawl; says, ‘Closure was important for both'

Sushmita Sen has opened up on break-up with Rohman Shawl. She has said that closure was important for both people so that they could move on in their lives. 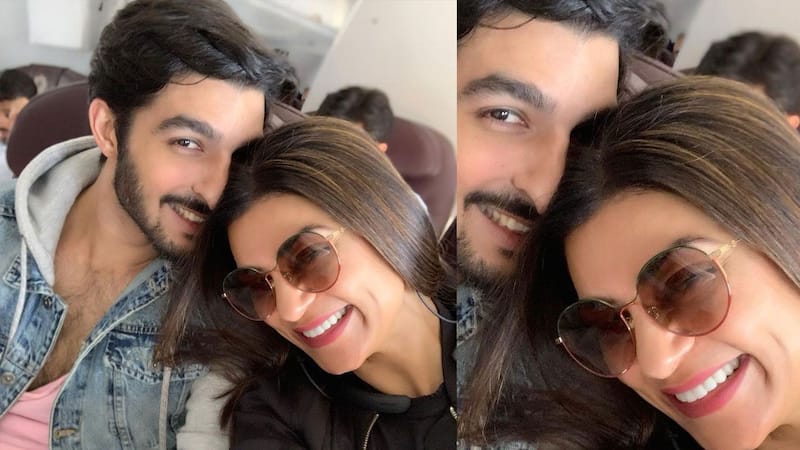 After many reports suggesting that all was not well between Sushmita Sen and Rohman Shawl, the actress took to Instagram to share a note that they were no longer together. Sharing a picture with Rohman, she wrote, “We began as friends, we remain friends!! The relationship was long over…the love remains!!” Her post was followed by a heart emoji. Now, in an interview with Hindustan Times, the actress has spoken in detail about her break-up. She said that it was not fair for his life or your life to be stuck with everyone feeling something or thinking it’s a relationship. She further added that closure was important for both people so that they could move on in their lives. Said the actress, “And yeah, the friendship always remains. At my age, if I sit and start thinking about the terrible thing, it is really my life that I wasted.” Also Read - Before Malayalam actress Saniya Iyappan, these celebrities have been groped and manhandled in public


The actress when on to say that she was a 100% person. “When I’m in love, I’m 100%. So, when we leave gracefully, we must do that 100%,” she stated. She added that whatever the reason be, your life was not about being in a loop. She also said that the truth is incredible because it allows people to remain friends and to be good to each other. “The world needs that love. There’s enough problems in it already,” said the actress. Also Read - Akshay Kumar Birthday Special: When Raveena Tandon caught the actor red handed with these two actresses [watch video]


In a recent post on Instagram after the break-up, Sushmita wrote about taking risks. “Taking a risk to survive takes Will…Taking a risk to be happy, that takes guts. You got guts people, believe me, we all do!!! let no one tell you otherwise!!!” read her post. Also Read - Queen Elizabeth II dies at 96: Kareena Kapoor Khan, Anushka Sharma and celebs react to the demise of the longest-serving monarch of the UK
Advertisement
Stay tuned to BollywoodLife for the latest scoops and updates from Bollywood, Hollywood, South, TV and Web-Series.
Click to join us on Facebook, Twitter, Youtube and Instagram.
Also follow us on Facebook Messenger for latest updates.
Advertisement