Renee Sen recently conducted an 'Ask Me Anything' live session on Instagram, where she fielded a great many questions ranging from skincare and her lockdown routine to several queries about her relationships and plans of following in her mother's footsteps

Sushmita Sen's elder daughter, Renee Sen, appears to have taken after her esteemed mother both in terms of wit and class. Why do we say this? Well, there's proof. The lass recently conducted an 'Ask Me Anything' live session on Instagram, where she fielded a great many questions ranging from tips on skincare and her daily routine in lockdown to several queries about her ex, current and future relationships as also curiosity about her plans of following in her mother's footsteps. We wonder if Renee, too, was ready for this barrage when she began the session, but what we can say for certain is that she emerged from it like a boss just as Sushmita Sen always has. Also Read - Namit Das opens up about Sushmita Sen's Aarya 2; a sequel to Ishaan Khatter's A Suitable Boy and more [Exclusive]

One Instagram user inquired, “Do you have a boyfriend? Pls tell,” to which Renee replied, “Focus is work.” Another asked her, “Ex boyfriend ke bare may batao (reveal something about your ex-boyfriend),” and pat came her response, “No point talking about it.” The boyfriend questions didn't stop there though, with yet another trying to dig something by asking, “Future boyfriend?” which was met with another smooth reply: “I wish I could time travel to answer this.” Also Read - Trending OTT News Today: Sushmita Sen expresses gratitude as Aarya turns 1, Prithviraj releases teaser of Cold Case, Vijay Sethupathi to join The Family Man 3 cast and more 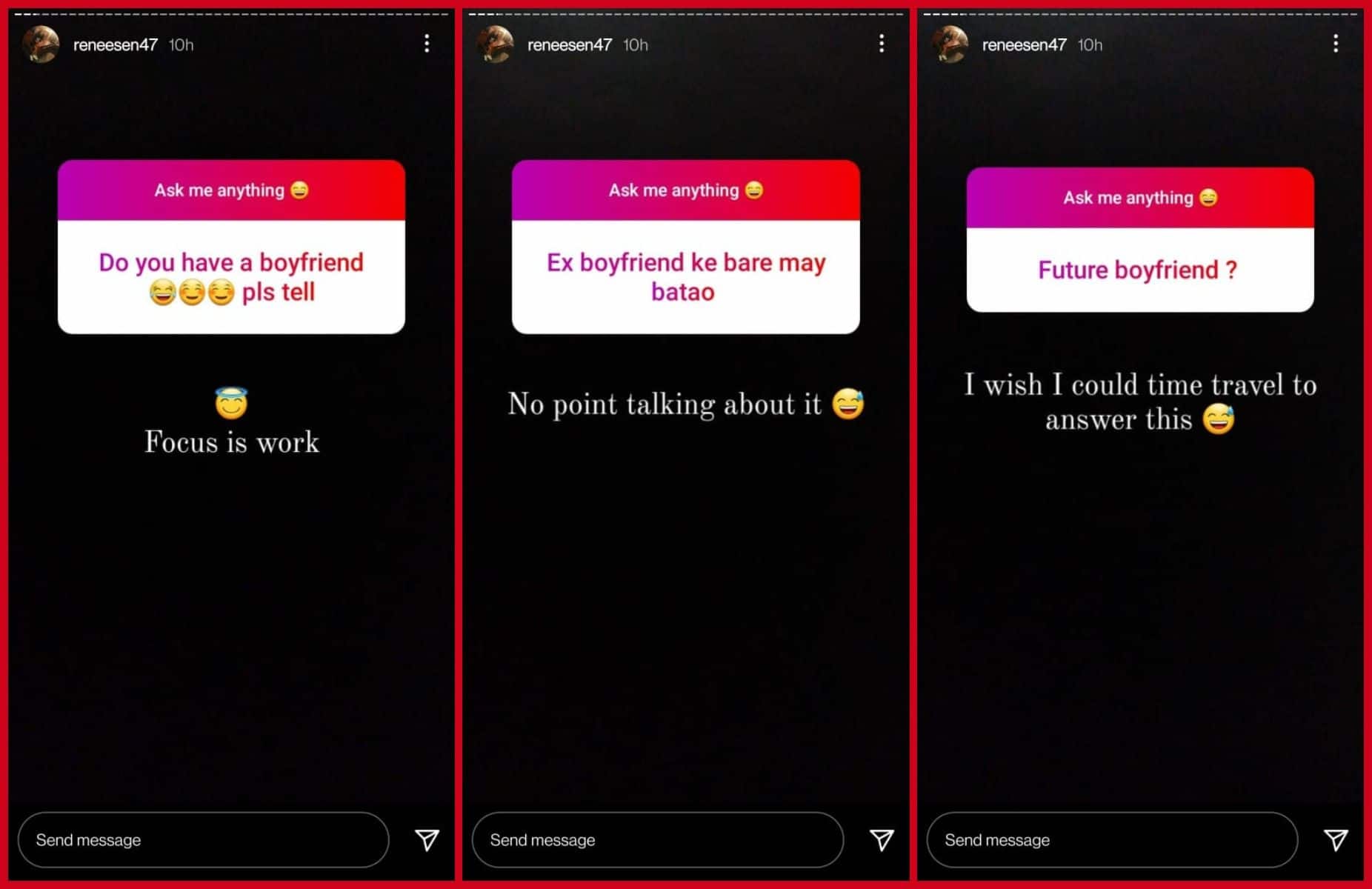 Coming to her acting stints, Renee revealed during the interactive session that her next project is on the way though she didn't share much details about it. “It’s under post-production,” was all that she was willing to disclose at this point in time.

For the uninitiated, Renee had made her acting debut earlier this year in a short film titled Suttabaazi, wherein she portrayed a rebellious teenager at a crossroads with her parents. Directed by Kabeer Khurana, the movie had premiered on Disney+ Hotstar.