TBT: Katrina Kaif cried to Salman Khan about her 'whole career being destroyed’ after John Abraham replaced her in a film

Bride to be Katrina Kaif shares a great bond with Salman Khan and it is said that the superstar and John Abraham had a fight on one of their dance tours because of the lady! 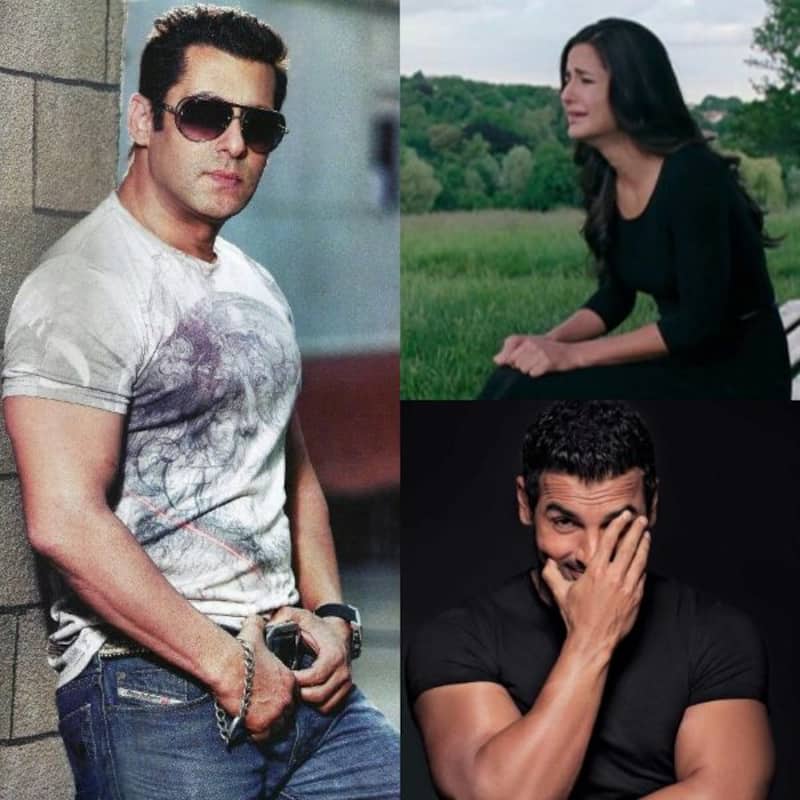 Bollywood's top leading lady Katrina Kaif is all set to tie the knot today in Rajasthan and marry Vicky Kaushal. So today on Throwback Thursday, we bring you an interesting chapter about her life. And it involves two of her exes - both rumoured though. So we all know that Salman Khan has had many tiffs with people in the industry and while he has patched up with many, there are still a few he is not in good terms with. According to reports, John Abraham is one actor of these people who are still out of Salman's friends list. And the reason is a major fight between them during one of their dance tours. Interestingly, it has a Katrina Kaif connect. Also Read - Bigg Boss 16: Shalin Bhanot's parents address open death threats from MC Stan - 'We are worried about our son and family's safety'

In an interview with India TV, Salman Khan had said that a long time ago, John had removed Katrina from a film called Saaya. He said that Katrina also had her chance to remove John from a different film. “I remember the visual of Katrina that she was doing the film for which she was replaced by Tara Sharma later and Katrina was crying 'My whole career is destroyed'. Teen din tak woh jhelna pada (I had to bear it for three days).” Salman said that he felt she was unnecessarily crying as she would be one of the biggest stars. “I said, 'You'll be laughing at this a few years down'." Also Read - Bigg Boss 16: MC Stan questions the reality of Priyanka Chahar Choudhary and Ankit Gupta's friendship; 'Ye kaisi dosti hai'

It is believed that John had refused to work with Katrina as she could not speak Hindi properly. Also Read - Salman Khan to revive Liger director Puri Jagannadh’s career after a disastrous Bollywood debut?

Salman added that Katrina wanted to remove John years later when she got the chance. Salman had explained to her John could be replaced anytime but it was not the right thing to do. The actor also said that she understood that and agreed to work with John. “The film became a big hit. Mere aur Katrina dono k badappan k wajahse John Abraham ko badi hit mili hai (Because of the nobility of both of us John Abraham got a big hit)," he had stated.

Salman and John were recently seen together on Bigg Boss 15 when John was present to promote Satyameva Jayate 2.