It was a long time ago that Tiger Shroff and Disha Patani had been spotted together in the city. We remember their luncheons and dinner dates that would set the tongues wagging whether they are dating or not. However, both Tiger Shroff and Disha Patani have just denied dating reports. Apart from their city spotting, Tiger and Disha also made headlines when they made a couple appearance at any event together. It was about time that the two were spotted in the city as the lockdown has relaxed to a greater extent now. For those who don't know, as per a report in India Today, Disha Patani had joined Tiger Shroff and his family in Dubai for an event. Tiger and Krishna Shroff's joint venture Matrix Fight Night took place in Dubai. Their social media posts hinted at the same. And now, their pictures from the airport are going viral on social media. Also Read - Kangana Ranaut, Rhea Kapoor, Urfi Javed and more celebs who got BRUTALLY trolled for wearing risqué and bold outfits – view pics

Tiger Shroff could be seen in a grey T-shirt that he paired with denim in the same shade. He had a black mask on. Disha Patani, on the other hand, was seen in white crop top that she paired with teal track pants. She had a royal blue mask on her face. Have a dekko at their pictures below: Also Read - Disha Patani all set for an out and out action film? Exclusive 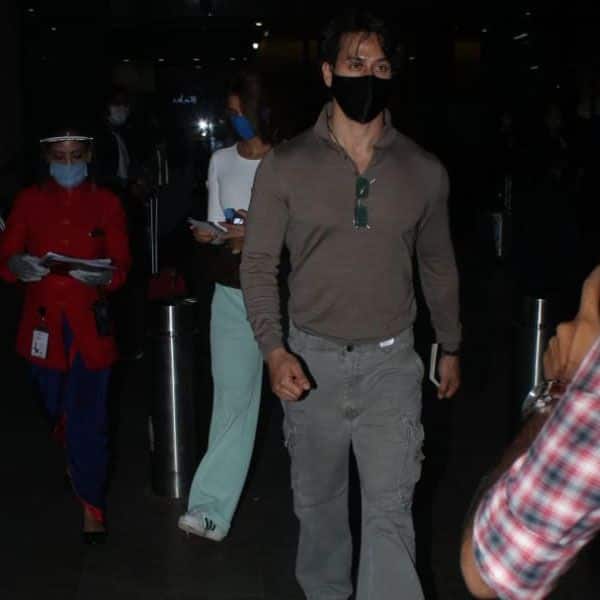 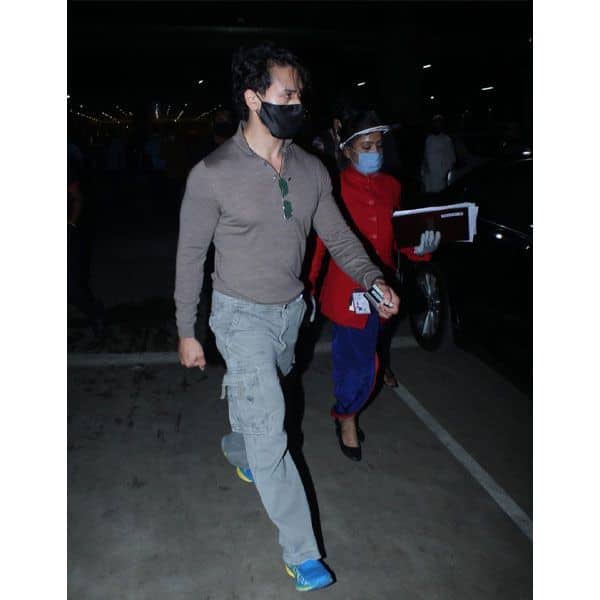 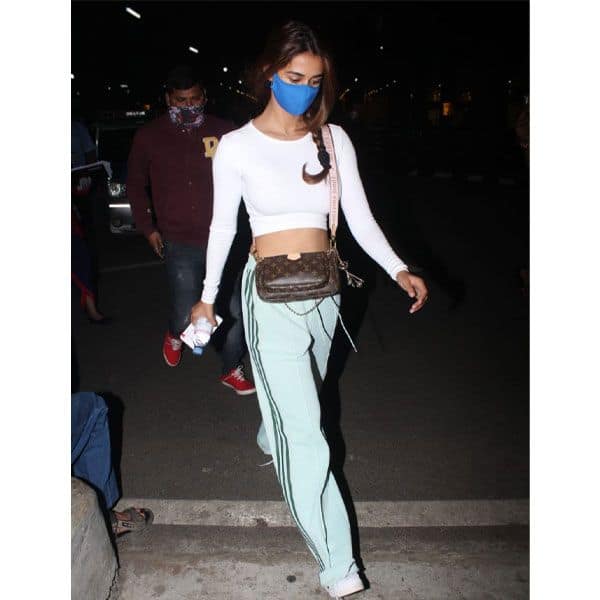 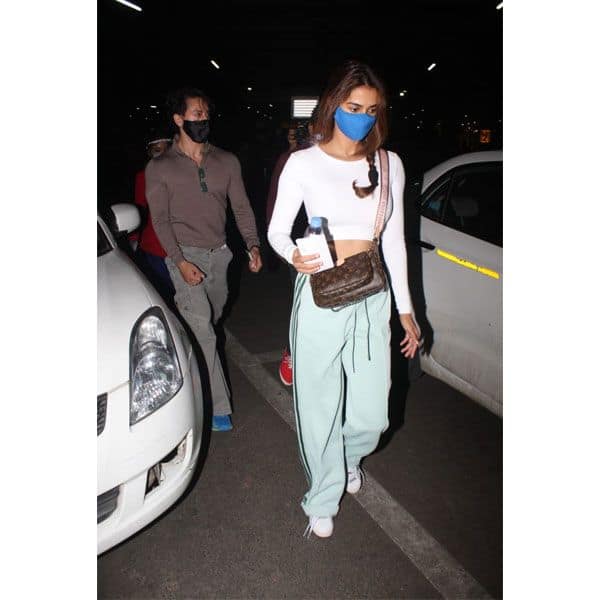 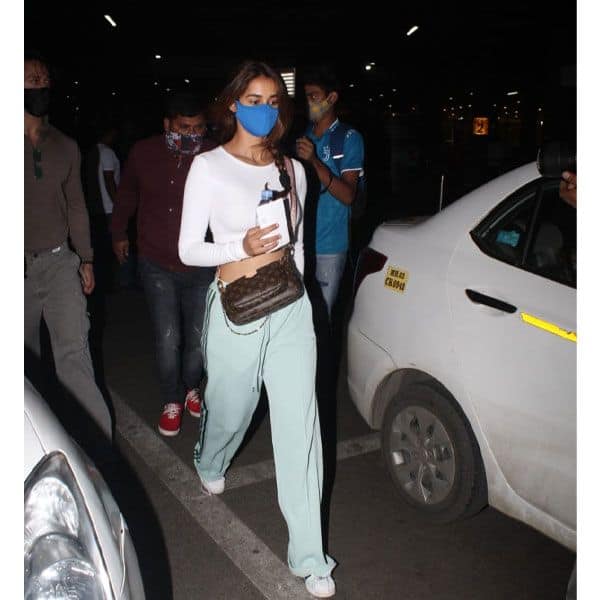 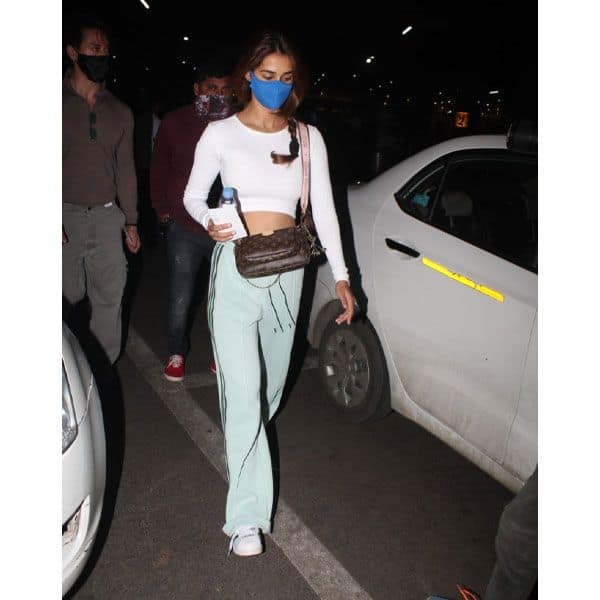 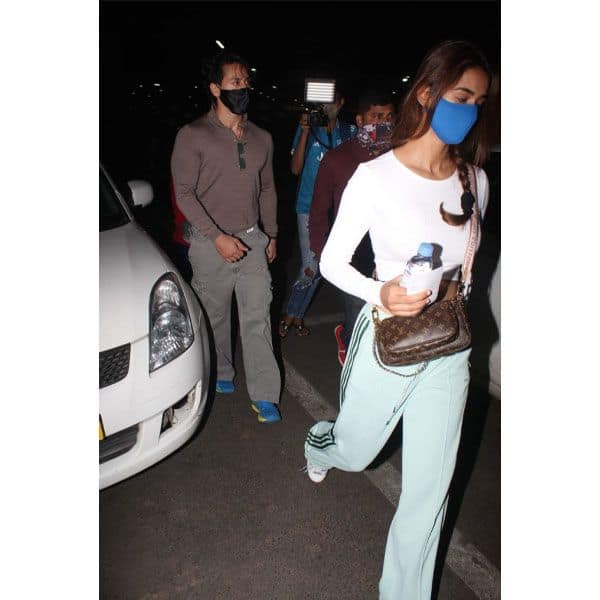 On the work front, Disha Patani would be next seen in Radhe: Your Most Wanted Bhai alongside Salman Khan, Randeep Hooda, Jackie Shroff, Zarina Wahab and Megha Akash. The film is helmed by Prabhudheva and was supposed to release year on Eid but the pandemic pushed it ahead. The film is now scheduled to release on Eid 2021. Apart from Radhe, Disha Patani also has Ekta Kapoor's KTina in which she plays a character inspired by the real life TV Czarina. Disha also has Ek Villain 2 opposite Tara Sutaria and John Abraham in the pipeline.

On Tiger Shroff's work front, he recently released the first look of his upcoming film, Ganapath which is an action-thriller. Ganapath will be helmed by Vikas Bahl and will go on floors by mid-2021. He also has a sequel to Heropanti in the pipeline which is said to feature Tara Sutaria opposite him. Directed by Ahmed Khan, Heropanti 2 is slated for July 2021 release.