Varun Dhawan blames his Judwaa 2 costar, Taapsee Pannu, for not smiling in a picture — view pics

Jacqueline Fernandez took to her social handle to share a picture sketch of herself and her Judwaa 3 costars Taapsee Pannu and Varun Dhawan. The two were quick to respond to the same. Have a look at their social media banter here:

Varun Dhawan and Taapsee Pannu worked together in Judwaa 2. The film which released in 2017 went on to become a hit. Apart from Varun and Taapsee, the film also starred Jacqueline Fernandez in the lead role. The trio became thick as thieves on the sets of the comedy film. Their bonding just grew and continues to do so. We got a glimpse of the same today itself. Jacky went on to share a sketch of the trio that was gifted to her during the promotions of Judwaa 2. Also Read - BTS: NamJin turn Shah Rukh Khan-Kajol while Taekook turn Varun Dhawan-Kriti Sanon; ARMY's creativity with Dilwale makes an interesting watch

Also, vote for the Troll Assassin of the year here:

It so happened that Jacqueline Fernandez was packing her stuff when she found the sketch. Taking to her Instagram story, Jacky shared the picture with a caption that said, "Judwaa 2 @varundvn @taapsee was packing and found this," Taapsee Pannu was quick to respond with a question, asking, "Y is @varundvn not looking happy in this!!???" And then Varun Dhawan joined the Judwaa 2 ladies, answering Taapsee's question with a smart answer that included her latest release. "Cause @taapsee gave me a thappad," he wrote, adding, "congratulations taps." Taapsee too replied saying, "Thank you coolie no. 1!" Have a look at their banter here: Also Read - Varun Dhawan mourns the demise of his driver Manoj; says, 'He was my everything' 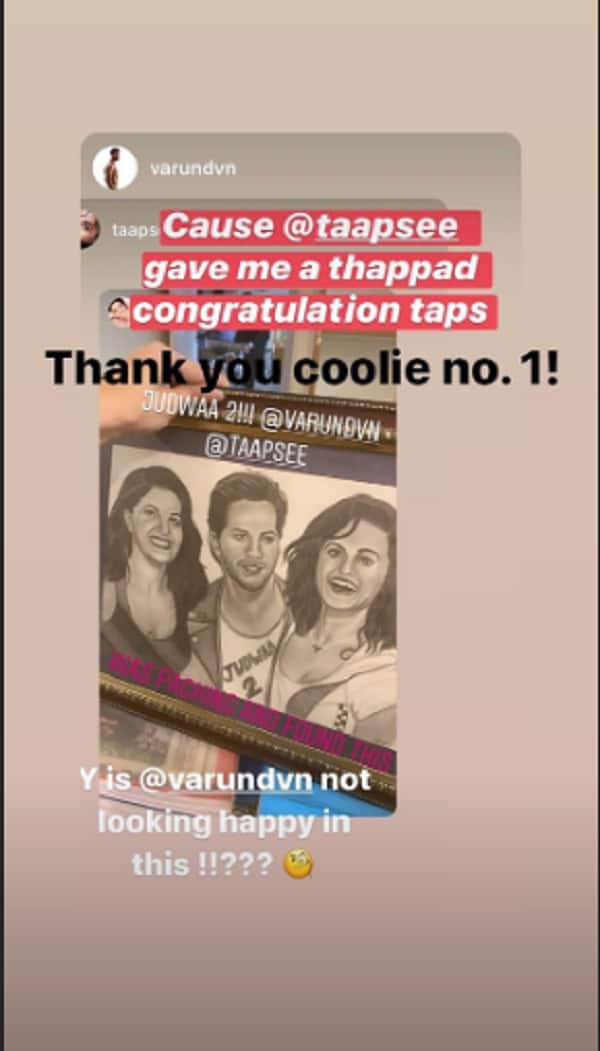 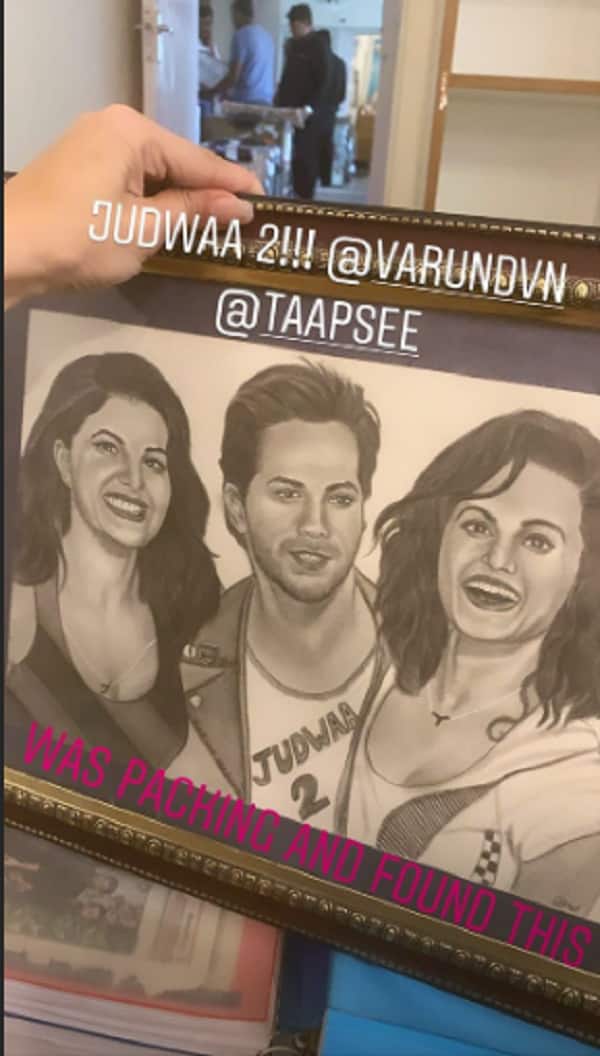 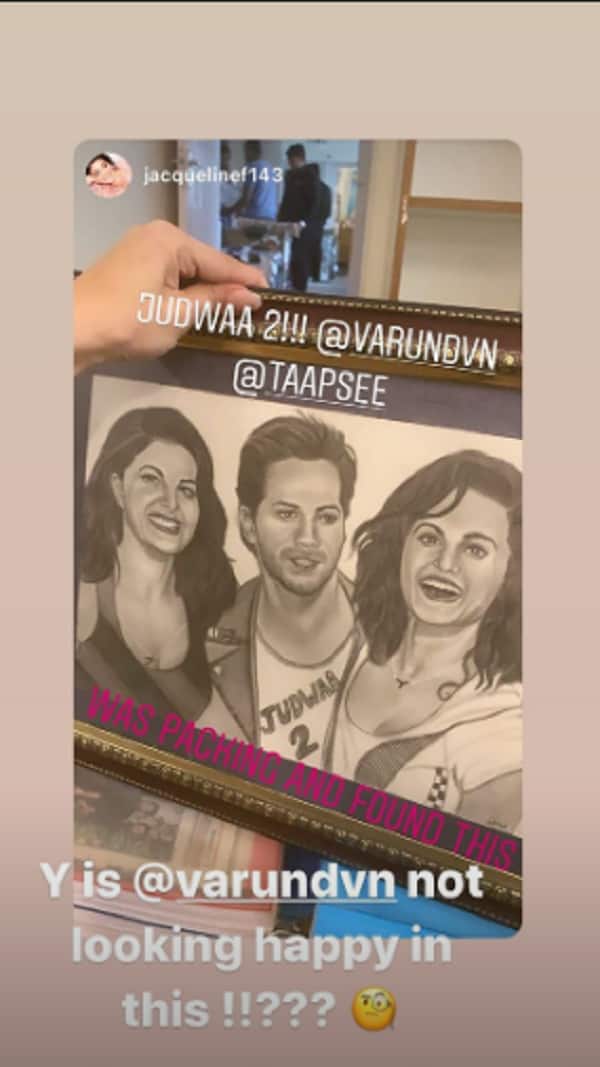 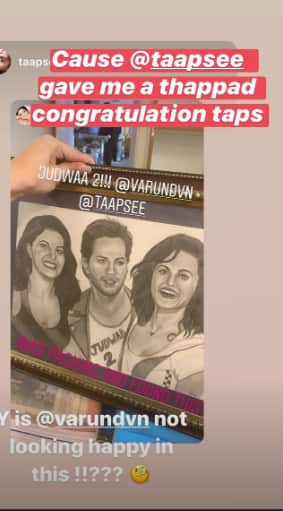 Coming back to the work front of these celebs, Varun Dhawan was recently seen in Street Dancer 3D that also starred Shraddha Kapoor and Nora Fatehi among others. He will be next seen in Coolie No. 1 that also features Sara Ali Khan. He was supposed to work on Shashank Khaitan's Mr Lele alongside Janhvi Kapoor and Bhumi Pednekar but the clash of schedules has put the film on hold as of yet.

On the other hand, Taapsee was recently seen in Thappad which is doing good at the box office. On the other hand, she has a number of films in the pipeline. Haseen Dillruba being first that also stars Vikrant Massey, Hansika Motwani and Harshvardhan Rane in key roles. Apart from this, Taapsee also has Rashmi Rocket and Shabaash Mithu in her kitty.