WTF Wednesday: Kangana Ranaut’s reaction after getting permanently suspended on Twitter reeks of either arrogance or ignorance

Kangana Ranaut's Twitter account was permanently suspended on Tuesday following her tweet, wherein she urged PM Narendra Modi to 'tame' Mamata Banerjee with his 'gundai'. Instead of showing any kind of regret, the actress has now shockingly blamed it on racism. 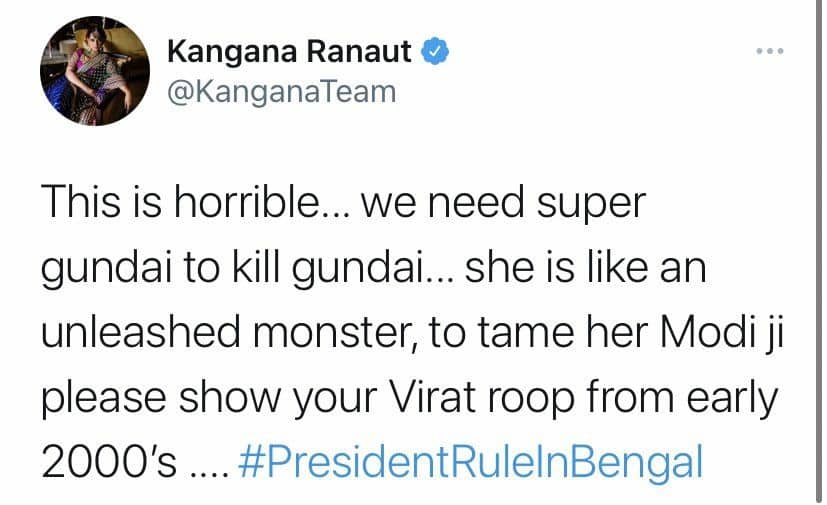 But it didn’t end there. Instead of showing any kind of regret, the actress has now shockingly blamed it on racism. Reacting to the suspension, Kangana said, “Twitter has only proved my point they are Americans and by birth a white person feels entitled to enslave a brown person, they want to tell you what to think, speak or do." Maybe Kangana is about Twitter suspending Donald Trump’s account. Also, the ban was not racist at all. It was instigating in nature and went against Twitter’s guidelines.

It did not stop there. Kangana added, "Fortunately, I have many platforms I can use to raise my voice including my own art in the form of cinema but my heart goes out to the people of this nation who have been tortured, enslaved and censored for thousands of years and still there is no end to the suffering." We would really like to know what suffering is she talking about? She tried to give her suspension a ‘national spin’, perhaps with the intention of gaining sympathy. The only thing that Kangana deserves is anger for trying to incite the PM, and with him, perhaps many citizens.

In another video, she talked about "disturbing news, videos and photos from Bengal of people being murdered, gang-raped and their houses being burnt". She also called for President's Rule in the state, criticising a "government that I support" for not doing more than dharnas in response to the clashes.