In this year's edition of the BollywoodLife.com Awards, we have introduced the Best Reels category in Social Media. Without further ado, check out the nominations below get voting for your favorite among the nominees RIGHT NOW. 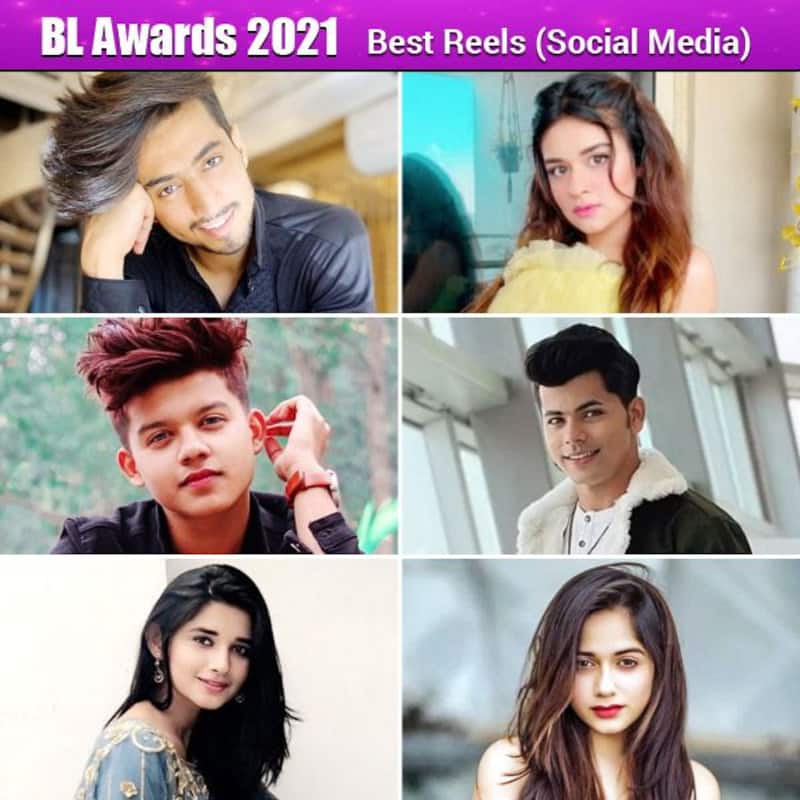 We are here with the third edition of your favourite digital awards, the BollywoodLife.com  Awards. This year with the BollywoodLife.com awards, we promise to bring you a bigger and grander ceremony than before. The specialty of these awards is that you not just get the chance to make your favourite win, but you also have the chance to win exciting prizes worth Rs. 30 lakhs. It’s twice a win-win, no? Social media and videos also popular as reels these days are a huge hit amongst the masses. So, in this year’s edition of the BollywoodLife.com Awards, we have introduced the Best Reels category in Social Media. Without further ado, check out the nominations below get voting for your favorite among the nominees RIGHT NOW. Also Read - Worst dressed celebs of the week: Sonam Kapoor, Avneet Kaur, Karan Kundrra fail to score on the fashion charts

Yes, your favourite Guddan aka Kanika Mann has been nominated in the Best Reels category for BollywoodLife.com Awards 2021. Kanika has been experimenting with reels. She tries filmy videos and trends but mostly likes to keep it real. It wouldn’t be wrong to say that Kanika Mann’s reels feature her as her real self. Also Read - Jhalak Dikhhla Jaa 10 winner: Rubina Dilaik fans upset after reports emerge of Gunjan Sinha taking home the trophy; trend Boycott Jhalak Finale [Read Tweets]

Mr. Faisu is a popular former Tiktok star-turned Reels star and actor. Faisu’s reel videos usually include him grooving to the latest hits and some goofy videos and collaborations with popular artists. His reel gets viral within minutes of uploading and earns more than 4 million views each. Also Read - From Anushka Sen to Jannat Zubair: Young TV stars who own enviable luxurious cars

Popular television actress Jannat Zubair is also a reel fan. She loves making reels with her friends and family. Jannat’s reels consist of a mix of hot trends, dance, and moods. Being an actress, drama seems to be her forte.

Avneet Kaur is another popular actress who loves making reels in her free time. Avneet Kaur loves grooving to some trendy songs. She is really great with expressions too which give being an actress. Avneet also follows the recent trends.

Siddharth Nigam is another gen Z actor, very popular amongst the youth. A fitness freak at heart, Siddharth Nigam usually shares reel video flaunting his gymnast abilities, martial arts, and even dance. He collaborates with various popular actors and artists across social media too.

Riyaz Ali is another popular Tiktok star turned reel star. He is known for his stylish persona and goofy videos that he flaunts in his reel videos.

Over the years, BollywoodLife.com has been audiences' favourite for being a one-stop destination for the latest and most detailed industry coverage on Bollywood & Hollywood news, TV shows, reviews, celebrity interviews, regional cinema, web series, and much more. Taking the legacy forward, we bring to you The BollywoodLife.com Awards 2021. The first and one of its kind digital-only awards based on online voting by the audience. It is a unique event that recognizes and felicitates celebrities, content creators, and properties in the digital space in a quirky and unconventional manner. In its third edition this year, the BollywoodLife.com Awards 2021 is going to be grander in every way. A celebrated jury joins our audience this time, in selecting the best of the best across 60 categories.