Priyanka Chopra teases fans about something exciting! Can you guess?

Priyanka Chopra was last seen in The White Tiger. But if you see, the last she featured on the silver screen was with Farhan Akhtar, Zaira Wasim and Rohit Saraf starrer The Sky Is Pink.

Priyanka Chopra is one of the busiest stars in the world right now. She has several Hollywood projects lineup including Keanu Reeves' Matrix 4. Last month, the actress's book, Unfinished: A Memoir was published and it received a tremendous response from the bookworms. The deets that Priyanka Chopra shared from her journey in the entertainment world has been hard-hitting, intriguing and an eye-opener. Yes, she has a lot on her platter in the foreign land but that does not mean she is done with her homeland. Priyanka Chopra's last Hindi film silver-screen outing was The Sky Is Pink alongside Farhan Akhtar, Zaira Wasim and Rohit Saraf. And now, she has posted a video story saying, "Jald aa raha hai... Abhi baaki hai safar (Coming soon... The journey continues) (sic)." Have a dekko at the snapshot of Priyanka Chopra's Instagram story below: Also Read - Nysa Devgan is a perfect mix of Ajay Devgn and Kajol’s genes – don't believe us, view THESE pics 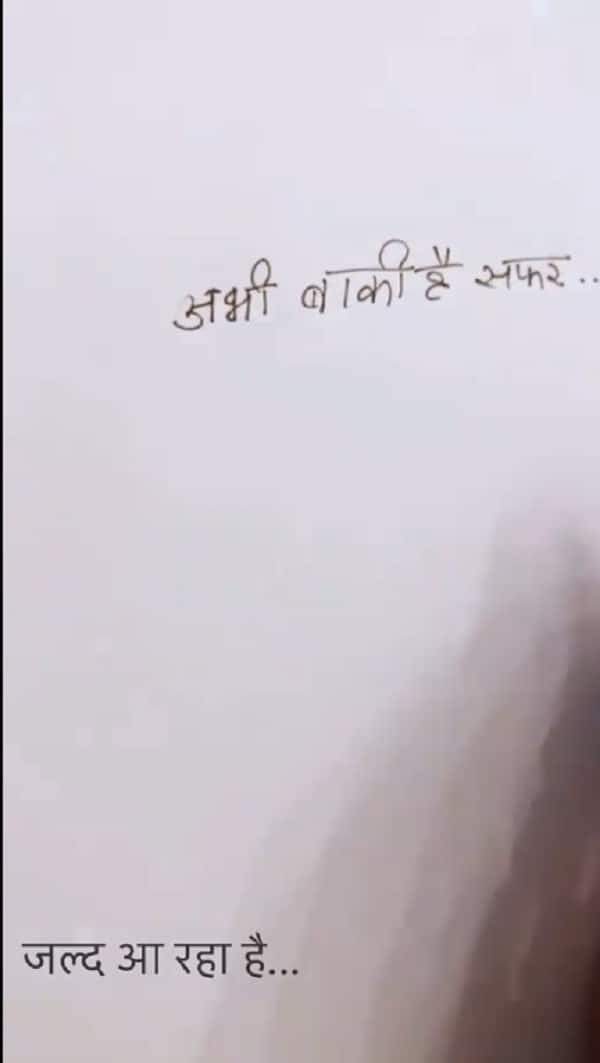 We have been guessing what this tease by Priyanka Chopra could mean? Has she signed a Hindi film? If we look at the next, it could also mean that she is planning to release her book, Unfinished: A Memoir in Hindi. Could be no? Well, what's your lucky guess about this message? Let us know by tweeting @bollywood_life. Also Read - Adaa Khan dishes out ‘kaali naagin’ vibes in her latest photoshoot, and we are floored – view pics

Talking about her book, in it, Priyanka Chopra has opened up on different phases in her life. The Don actress also spoke about her past relationships and how her hectic schedule would affect her relationships. "Looking back on that time in my life, I see that I was working way too hard both professionally and personally. I made four films a year for almost a decade. In order to do that, I worked fifteen or 18 hour days, including weekends. That's simply the investment that was required if I wanted to reach the highest echelons of the film industry in India. But it left me almost no time outside of work, and as I reflect on that period now, I wonder if that's how the problem started," Priyanka said.

"I know that I felt guilty about having so little time to spend with whomever I was dating during those years and so I'd end up over-compensating. I would prioritize my partners' schedules over mine, cancelling work commitments or what little time I had with friends and family in order to accommodate the needs of my partner at the time. I never missed a shot, but I might go late to set, or I would keep set waiting because I was on a phone call in my trailer. The professionalism with which I normally conducted myself seemed to disappear when I was romantically involved with someone. It would be years I figured out why I fell into this pattern," The White Tiger actress revealed.