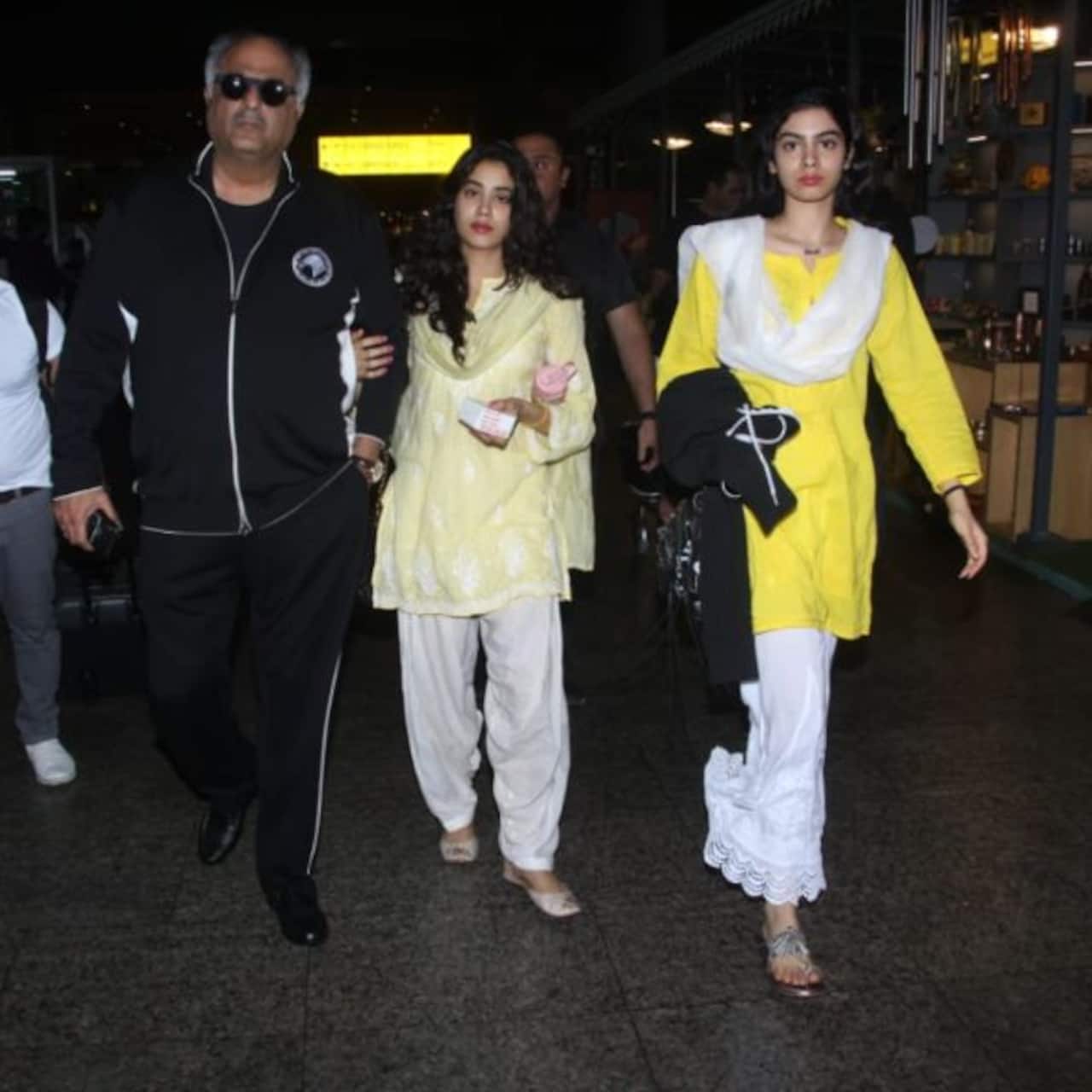 Janhvi Kapoor is all set to make her Bollywood debut with Dhadak. Directed by Shashank Khaitan, the film stars Ishaan Khatter in the lead opposite Jahnvi. Being a star kid is difficult and wanting to make a career in acting is even harder. Janhvi is feeling the same as her debut movie is going to hit the theatres on July 20. All set for the release, the actress is making headlines regularly. Not only the media but everyone is eager to know more about her. Recently, the actress was snapped with papa Boney Kapoor and sister Khushi Kapoor at the airport. Also Read - Bigg Boss 16: Did Karan Johar just take a jibe Kartik Aaryan for Dostana 2? Almost spills the beans on Sidharth Malhotra-Kiara Advani wedding and more

It is heard that they returned from Tirupati after seeking blessings for Dhadak and Janhvi's success. It is not new that celebs visit temples to seek blessings for their projects. Clad in a yellow and white salwar suit, Janhvi was seen walking holding hands of papa Boney. Khushi also accompanied them twinning with Janhvi.

Dhadak diaries: The pond that Ishaan Khatter jumped into in the song Pehli Baar had snakes!- watch video 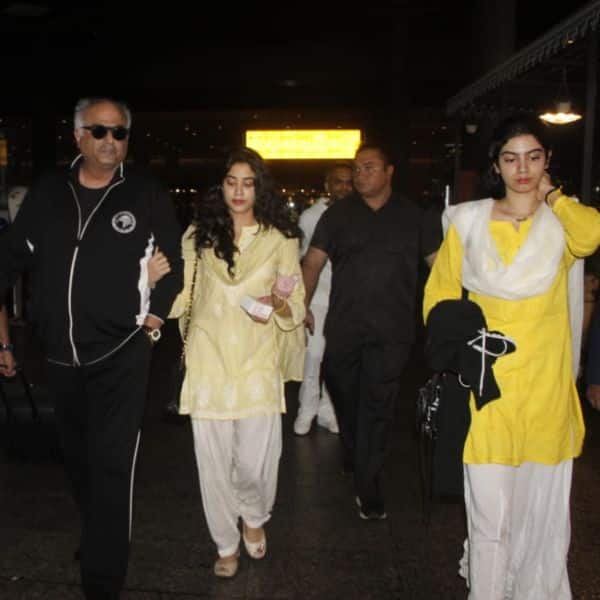 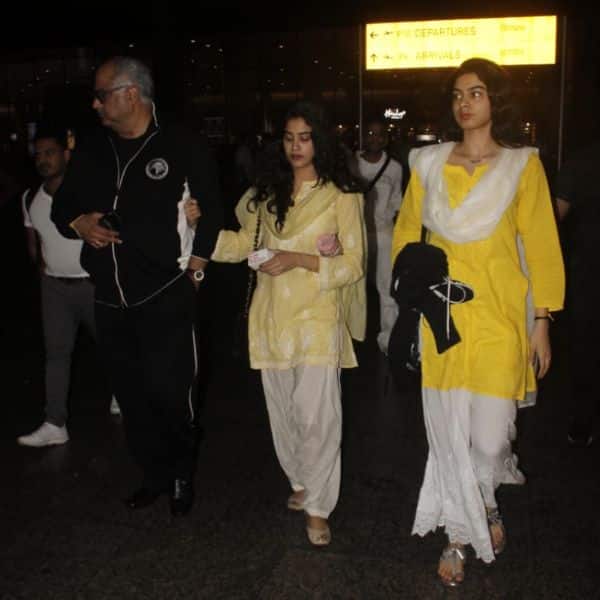 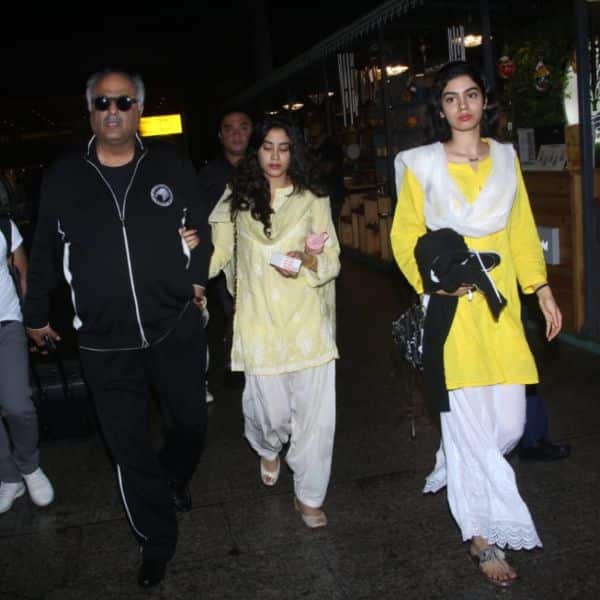 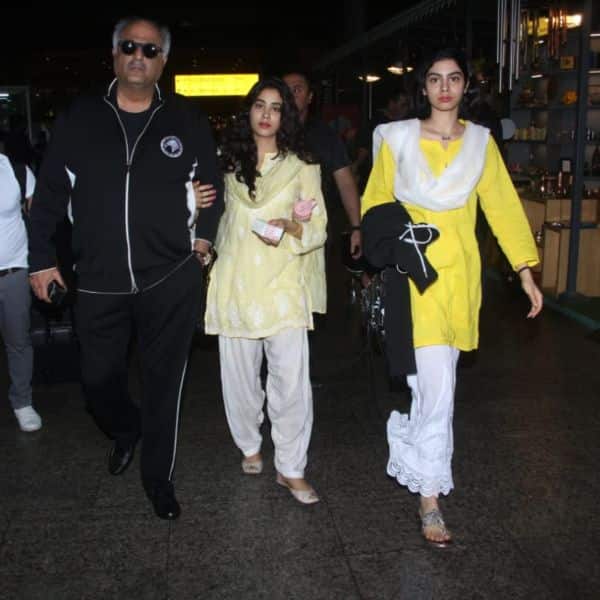 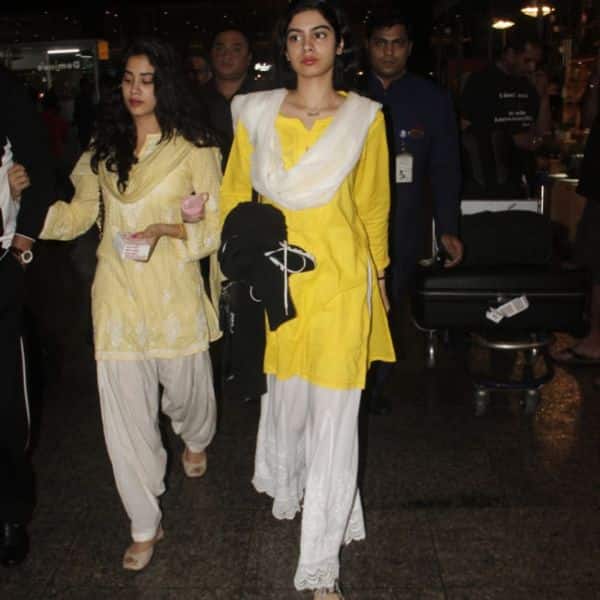 In an interview when Janhvi was asked whether she always wanted to be an actress or not, she said, “When I was a kid, I used to make up stories in my head and play characters. I loved entertaining people. I remember, in school, I would be animated and crack jokes. Also, movies have had a huge influence on my life. I’ve always been passionate about cinema. However, I wanted to explore other avenues like writing and study history. I thought I’d do all these courses, but when I started with an acting course, I realised this was my calling.” We wish all the luck to Janhvi.