Box office round up March: Badrinath Ki Dulhania is the sole saviour of the disastrous month of 2017

Badrinath Ki Dulhania is the only film that kept things alive at the box office this month. 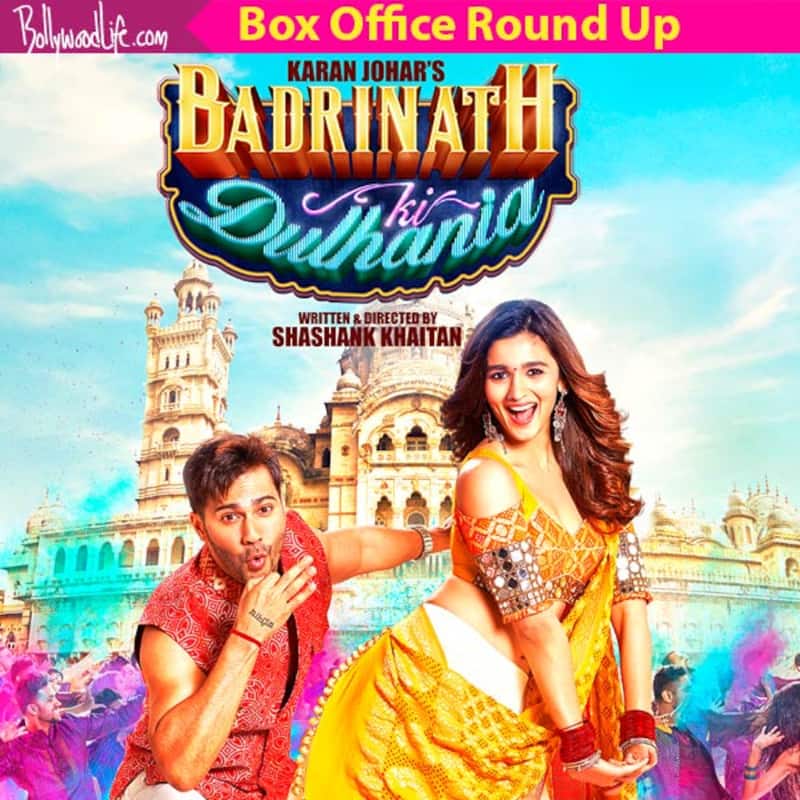 The third month of the year has wrapped up, giving us an idea of what 2017 was all about. But here we will discuss about the month that went past. We kept waiting for a superhit but apart from Badrinath Ki Dulhania, there were none. Varun Dhawan and Alia Bhatt emerged as the only saviours of March. This has been a disastrous month in terms of box office gains and content as well. Apart from BKD and to some extent, Phillauri, none of the films got a thumbs up from the critics or the masses. Let us tell you how March turned out to be an utter disappointment as far as film business was concerned... Also Read - Raksha Bandhan 2022: Bollywood stars who are more successful than their brothers and sisters

Let's start with some good news here. Varun Dhawan and Alia Bhatt are the winners of this month hands down! It's really wonderful to see how these young guns took on the baton of saving the movie business from sinking disastrously this month. Badrinath Ki Dulhania was expected to make a lot of money but it went way beyond that and for that the credit goes to these two actors alone. It's a huge responsibility to keep a franchise alive especially when the first film was a big hit. BKD, thus, was carrying a lot of expectations when it released at the box office. And it managed to deliver! Earning more than Rs 100 crore, it is well on its way to beat Akshay Kumar's Jolly LLB 2. Also Read - Worst Dressed Celeb of the Week: From Alia Bhatt to Urvashi Rautela — These divas get a big thumbs down thanks to their disastrous fashion choices

Losers of the month

Every film except for BKD, will fall in this category. This has been a seriously depressing month at the box office with only Alia and Varun's film keeping things ticking. In fact, February's release Jolly LLB 2 did better business than all other films that released this month. Anushka Sharma's Phillauri was expected to repeat the magic of NH10 since it was a low budget film that went on to become a big hit, but the film is struggling at the box office. The less we talk about the likes of Machine and Commando 2, the better.

There's only one trend that's clear in March and it is that makers have to identify their target audience and release movies accordingly. We are yet to find a reason behind the existence of a film called Machine. Abbas-Mustan wanted to launch one of their own and it backfired miserably. It even ruined a '90s classic like Tu cheez badi hai mast mast in its wake. While Trapped was much appreciated for its experimental concept and Rajkummar Rao's amazing performance, the film really failed to woo the audience to buy tickets. It is hence dubious if producers will continue to invest their money in such content-driven films that wouldn't click with the masses.

Varun and Alia have once again proved as to why they are the favourites of GenX. Their films have always earned money and BKD has just made them a superhit jodi.

Without doubt, it has to be Varun and Alia again. Critics have raved about the actor a lot. Alia, too, was showered with many praises. Varun has done something different in this film. He plays a guy from a small town with a different accent and tone of talking. No wonder Bollywood is banking so heavily on him to continue churning blockbusters. Rajkummar Rao also got a lot of accolades for his act in Trapped but the film's failure at the box office took the spotlight away from him.

April can become the biggest month of 2017 as of now all thanks to Baahubali 2. It has had a free run before and after its release. The trailer that fetched 50 million views in 24 hours, has ensured that everyone is waiting for the second instalment of the film with a April, Bollywood might be chanting, 'Thank God for Baahubali 2.'