Box office update: Simran beats Lucknow Central but Kangana Ranaut's film is not the winner yet

Simran is doing slightly better than Lucknow Central. That's about it! 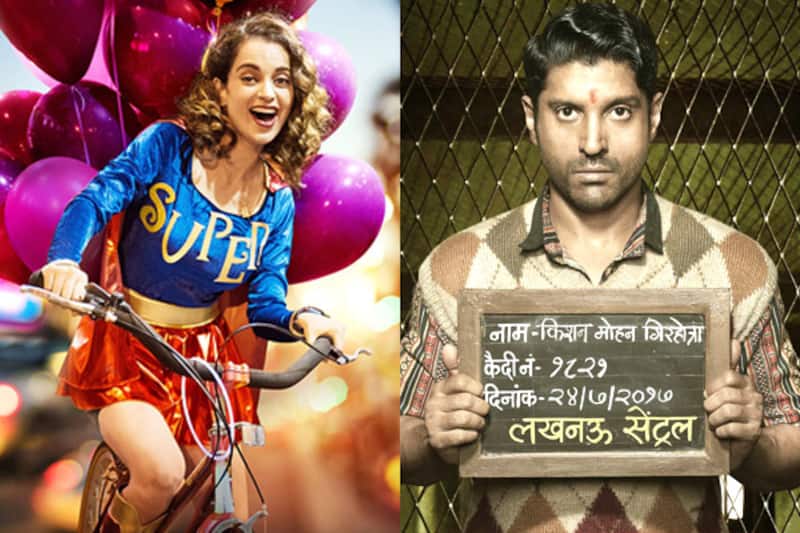 Since a few weeks, box office has been inundated with films which aren't biggies but managed to earn big bucks. These are really good times for small content-driven films. People are accepting them wholeheartedly and they are getting their due. But the biggest highlight of such films is the story.If you get that right, you can even beat the Khans, 2017 has proved it! Simran and Lucknow Central too tried to encash on that but they aren't faring as well as the last few releases because the word of mouth have been divided. But despite all that, Simran has managed to beat Lucknow Central once again. it had earned more on the opening day as well. Also Read - From disrespecting Hina Khan, Helly Shah for their Cannes appearance to calling Nayanthara a lesser star; 5 times Karan Johar proved he needs to think before he speaks

Also read: Simran and Lucknow Central get a dull response at the box office on the opening day, as Trade had expected Also Read - Katrina Kaif, Priyanka Chopra, Ranveer Singh and more Bollywood actors who got accused of throwing tantrums while on flight

Simran started off slow like Lucknow Central because reviews of both the films were unflattering. While Kangana Ranaut is the only person or reason critics recommended Simran, they simply ravaged Farhan Akhtar's film for losing the plot completely. That can be seen in the box office numbers of both the films. While Simran is at Rs 10.56 crore, Lucknow Central could amass only Rs 8.42 crore. That says a lot about how both the films trended over the weekend. It truly was a dull weekend for the industry. But since someone works better than the other, Kangana Ranaut's film has definitely taken the lead since the first day. Also Read - Before Anjali Arora's MMS leak, Kareena Kapoor Khan, Jacqueline Fernandez and more Bollywood celebs' private moments went viral online

But it will be too far fetched to say that Simran has won because the film has only managed to beat the competition. It hasn't managed to put up a big total which can aid it to the safe return of investment zone. According to reports, it is a Rs 30 crore film. Now everything depends on Monday which decides what the fate of movies will be.