Alia Bhatt has been felicitated with the prestigious Time Award, and she marked the momentous occasion by delivering a sterling speech on women empowerment and celebrating imperfections 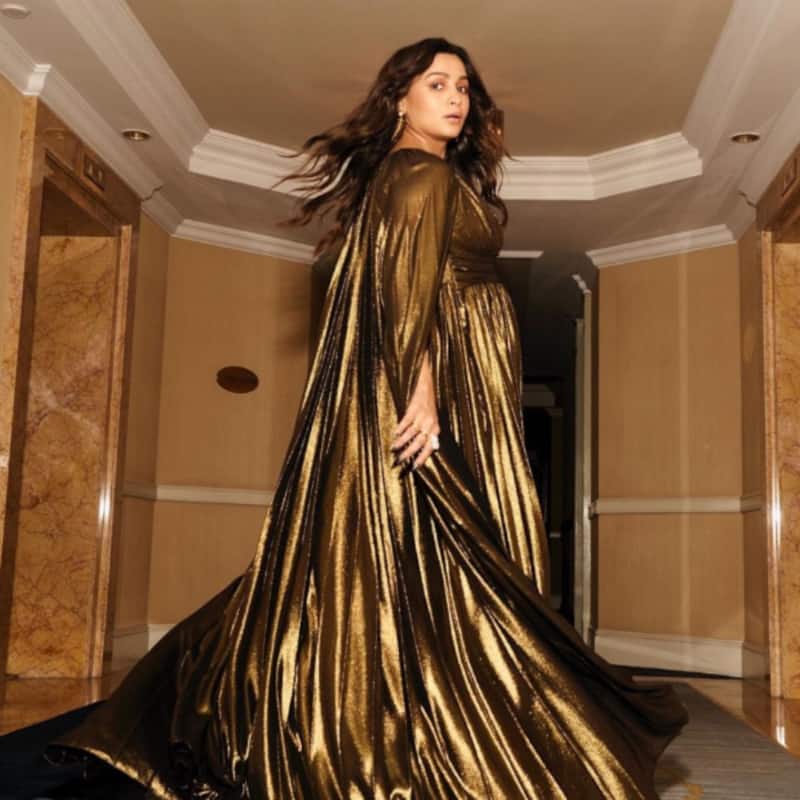 If there's one actress who's been soaring above all others this year, not only in Bollywood, but also across every other film industry in the country, then it's got to be Alia Bhatt. The lady has had a year at the box office (Gangubai Kathiawadi, Brahmastra and an extended cameo in RRR), which, barring a few, most have never had the pleasure of even getting a whiff of in Indian cinema. And with us coming toward the business end of 2022, it's no surprise that the actress is raking in the laurels left, right and centre. After being bestowed with the Dadasaheb Phalke Award, Alia has now been conferred with the prestigious international Time Award. Also Read - Shah Rukh Khan to Salman Khan: MOST expensive vanity vans owned by Bollywood celebs that cost a fortune

To mark the occasion of receiving the Time Award, Alia Bhatt took to her official entertainment news Instagram handle and shared a video of the same while writing in the caption there are just too many rules at the moment for women about how loud or timid they can be, how curvy or skinny they're allowed to be, how they should have ambition, but never be cocky, or even how women need to have ambition in today's times, yet still not overreach, clearly stressing the cons of such an attitude that's allowed to thrive. Also Read - Alia Bhatt to Janhvi Kapoor: South Indian movie fans strongly disapprove to see these B-town actresses in their films; here's why

Continuing in her post, Alia added that on account of there being so many rules, women often feel, either fully aware or unwittingly that “in order to be liked, to be loved, to be good” they need to totally lack in fault, be “an impossible, mythical being that could only really exist in the pages of a fairytale”. She highlighted how in the last 10 years, she's come to fully realise one imperative point she “subconsciously knew all along” – that imperfection is boring as it's flaws that make one special, make them who they are. Watch the video above... Also Read - Vijay Deverakonda to Deepika Padukone; When B-Town celebs openly spoke about their sex lives in public