Brahmastra actress Alia Bhatt recently attended an award show in Singapore and the actress revealed that during her speech her baby kicked relentlessly. Read on to know more... 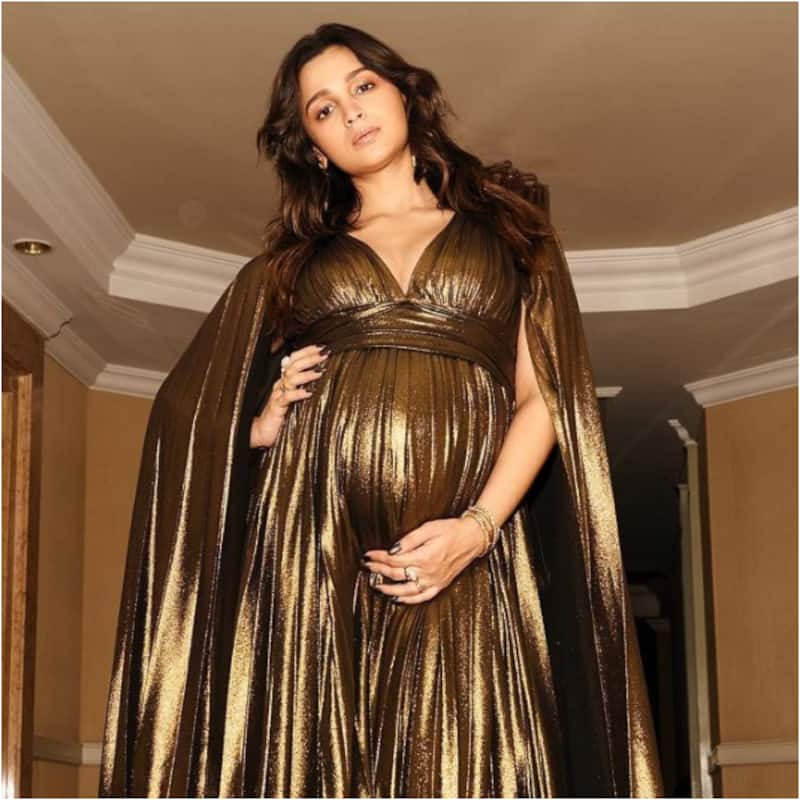 Brahmastra stars Alia Bhatt and Ranbir Kapoor are expecting their first child together. The couple tied the knot in April this year, and in June, they announced the pregnancy. Well, Alia recently won the Time100 Impact award, and the actress flew down to Singapore to attend the award function. She looked stunning in a copper metallic gown and flaunted her baby bump. The actress gave a speech at the award where she thanked her team, family, and hubby Ranbir. At the end of the speech, the actress said, “This award has genuinely made an impact on me—me and my little one, who has relentlessly kicked me throughout this speech. Thank you so much.” Also Read - RRR registers roaring win; before Oscars 2022 Ram Charan, Jr NTR film wins Best Picture at Atlanta Film Critics Circle

Alia is undoubtedly one of the most successful actresses of this generation. She has been in the industry for 10 years and has proved her mettle as an actress and also as a star. The actress' last release Brahmastra became a hit at the box office. Alia broke stereotypes and promoted the film during her pregnancy and happily flaunted her baby bump. Also Read - Trending South News Today: Viral pics from Hansika Motwani-Sohael Kathuriya wedding, SS Rajamouli director's RRR Oscar nominations details and more

The actress has some interesting films lined up like Rocky Aur Rani Ki Prem Kahani and Heart of Stone. The latter will mark her Hollywood debut and it will be streamed on Netflix. Meanwhile, Rocky Aur Rani Ki Prem Kahani will hit the big screens next year. The movie, which is directed by Karan Johar, also stars Ranveer Singh, Dharmendra, Shabana Azmi, and Jaya Bachchan. Also Read - Aashiqui 3: Kartik Aaryan meets Anurag Basu and Bhushan Kumar; fans urge to get Shraddha Kapoor on board

Well, it is expected that after delivering the baby, Alia will go on a maternity break for a few days. But, there have been reports that she has already signed SS Rajamouli's next and it will be her first film post-pregnancy. The pan-India movie stars Mahesh Babu in the lead role.